2007 in review: A West Point for public service

A big new idea takes hold with NW lawmakers. An update on what happened since a proposal was first published in Crosscut.
by / December 25, 2007

A big new idea takes hold with NW lawmakers. An update on what happened since a proposal was first published in Crosscut.

A couple key lawmakers have endorsed the creation of a West Point for Public Service and embraced the delightfully parochial land-it-here message. This may not gladden the New Year's hearts of Crosscut readers who likened a U.S. Public Service Academy to a North Korean Re-education Camp for future transit wonks, but I still have time to assuage those paranoid concerns, yes? The volunteer-factory theme ignited the interest of State Rep. Hans Dunshee (D-Snohomish), the Vice Chair of the House Appropriations Committee, and one of the Northwest's most creative and National Service-friendly lawmakers. Dunshee plans to introduce a resolution this session urging the state's Congressional delegation to support the USPSA and headquarter it somewhere in our bosky corner of North America. Only one other state legislature–New Mexico's–has passed anything similar. Bravo to Hans. At a wedding in August, I cornered Rep. Norm Dicks, the Warren Magnuson manqué and dean of the state's Congressional delegation. Along with Seattle's Jim McDermott, Dicks serves on the House of Representatives' National Service Caucus (Jay Inslee, Dave Reichert, Adam Smith, join them, will you, please)? Flailing and shouting over the din of a Big Band, I came across as a kind of Viking berserker in a bad suit. To his credit, Norm didn't have me hauled away in leg irons. "The Public Service Academy is a great idea," he said. "I support it." Hoorah and kudos to Norm Dicks. It would also be a boon to the cause if he graduates to co-sponsor status. Not everyone in the Washington delegation was so receptive, alas. "And the cost of this?" Rep. Rick Larsen, my Congressman, asked. "Zero," I lied. "Zero–give or take a little over $100 million." When Larsen frowns he is a dead-on fortysomething version of the Swedish actor Max Von Sydow having a bad day. Larsen frowned. Okay, Rick Larsen is right: The U.S. Public Service Academy will be expensive to start up. But this is a long-term investment, like our other service academies, that will produce young men and women committed to the greater good and service above self for generations to come. It's worth it. 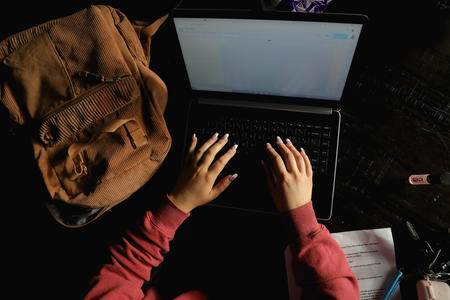