A plea bargain douses the scandal of the Thirtymile Fire

The darkest moment in U.S. Forest Service history won't be told — not to a jury, anyway.

U.S. Forest Service officials can exhale, finally. Ellreese Daniels' plea bargain in Spokane last week means there will be no U.S. District Court replay of one of the worst days in the agency's history, when four young firefighters died in the Thirtymile Fire, in the canyon of the Chewuch River, northeast of Winthrop, Wash.

Daniels was the first member of the Forest Service ever charged with a felony for his action — or lack of action — in fighting a fire. In the plea bargain, the federal government drops four charges of involuntary manslaughter and seven felony counts of lying to investigators. Daniels pleads guilty to two counts of "making false statements." The manslaughter charges alone could have sent him to prison for 24 years. As it is, he faces the possibility of a year in jail. He's due to be sentenced in June, but his attorney, Tina Hunt of Spokane, is hopeful her client will serve no jail time. "I was appalled that the prosecutor charged him," she said in an interview. "Ellreese did nothing criminal or wrong."

Her statement defines a bitter disagreement within the Northwest firefighting community, and between USFS and the families of the four young people who died on July 10, 2001. Forest Service officials have hoped for nine years for an outcome that would make the case go away, without a public recounting of the appalling blunders that resulted in trapping 14 firefighters and two tourists, and the deaths of four young people within sight of a safety zone. The plea bargain's as good an outcome as they could have hoped for.

The Forest Service has admitted that its supervisors broke all 10 of the Service's fire safety "commandments" in the canyon of the Chewuch that day. Failure after failure occurred that had little to do with Daniels or his limitations as boss of a fire crew. Firefighters arriving early for what looked like a small mop-up job found that their water pumps wouldn't start. Then their hoses burst. Communication with higher-ups was spotty. The chain of command was unclear. No one sought current weather reports that could have warned the firefighters of the great danger they were in. No lookout was posted in the late afternoon, when danger of a fire blowup is at its greatest. (Official definition [232KB PDF] of a fire blowup: "Sudden increase in fireline intensity or rate of spread of a fire sufficient to preclude direct control or to upset existing suppression plans. Often accompanied by violent convection and may have other characteristics of a fire storm.")

A water-dipping helicopter and its pilot sat on the ground for at least four hours, only 20 minutes away, while the Forest Service pondered whether it should dip water from the Chewuch River, home to some threatened species of fish. By they time they got the helicopter up, the Thirtymile Fire was a raging killer. And no one among the frontline crews knew, until it was too late, that they were on a dead-end road with no escape.

The concurrent failures are detailed in a superb book, The Thirtymile Fire, a Chronicle of Bravery and Betrayal, published last year. Author John N. MacLean mines the journal of one of the scorched survivors, along with first-person interviews, tapes of radio transmissions, and government transcripts. He provides painfully vivid accounts of the deaths, along with inquiries into the Forest Service's own disastrous investigation, whose first official report blamed the victims for their own deaths. (MacLean's the son of the late novelist Norman MacLean, author of the best seller A River Runs Through It and is at least as good a writer as his father. He'll be speaking in Spokane at Auntie's Book Store today, May 8, at 7:30 p.m.)

The four victims died in their emergency survival tents on a rocky hillside a few yards from the highway where the others survived. Of those who died - Karen Fitzpatrick, Jessica Johnson, Devin Weaver, and Tom Craven - only Craven had any experience fighting a fire. Daniels told investigators he had ordered the four out of the rocks and onto the road. Prosecutors say he did not.

Whatever Daniels faces after his sentencing in June, the Forest Service seems likely to endure the fallout from the Thirtymile Fire for a long time. According to attorney Hunt, firefighters facing routine questioning after some recent wildland fires are "lawyering up," in her words. "They'll spend money they don't have to hire attorneys because they've seen these appalling charges filed against Ellreese, and they don't trust the Forest Service or the prosecutors."

Some claim the Daniels case has damaged federal and state efforts to retain experienced firefighters and recruit new ones. A Web site where firefighters congregate carries a "Free Ellreese" discussion. Firefighters there declared last April 1 as "Black Tuesday." That's when top Forest Service officials told a congressional hearing that there's been no depressing effect on staffing as a result of the criminal charges against Daniels.

Individual firefighters say they're less willing to be assigned to wildland fires as a result of the Thirtymile Fire case. The International Association of Wildland Fire surveyed 3,362 firefighters before the case was plea-bargained in Spokane. Thirty-six percent of those surveyed said they'd make themselves less available to fight wild land fires, because of the manslaughter charges filed against Daniels. The IAWF is a professional association representing members of the wildland fire community.

According to Sen. Diane Feinstein of California, the agency's own data show firefighters quitting at a higher than normal rate, especially in Southern California forests. Feinstein, who chairs the subcommittee governing the USFS budget, complained that the Forest Service is avoiding the question of how many slots will go unfilled during the fire season, which is already under way in the Southwest.

An independent firefighting contractor from the Northwest — not bound by loyalty to the Forest Service — told me in an interview last week: "There's always been this heartbreak when one of us is killed. Now in addition to the sadness there's also the thought, 'I could go to jail next time.'"

Bob Simmons is a longtime KING-TV reporter who has been writing news for print and television for 65 years. 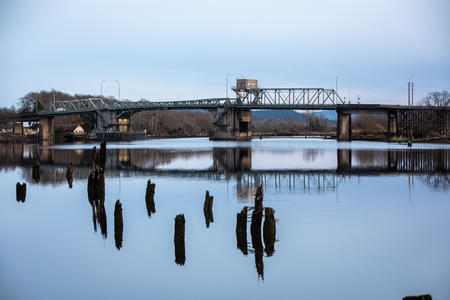