Why light rail was predestined for MLK Way

The Bogue Plan, defeated in 1911 by voters, lived on in many ways, one of which was creating a route that would prove ideal for rail. Now, 98 years later, it's happening.

In the late 1990s as Sound Transit prepared to build light rail, transportation planners and community members struggled to decide where to run tracks in the Rainier Valley. Community activists fought at length for a subway route which would reduce impacts on businesses, and they raised complaints of social injustice when Sound Transit decided to run surface trains on MLK yet nowhere else in the city.

But what if the answer to the rail-alignment question were actually written before any of us was born?

Through 1997, Rainier Avenue was the clear front runner because of the density of residences, and number of businesses and stores. There was a legible imprint from streetcars which ran down Rainier until the 1930s. But Rainier burst at the seams through its busiest parts. Sidewalks seemed too narrow and traffic lanes and parked cars jammed the roadway which at one time easily carried both horses and trolleys. Adding light rail to the mix made no sense to residents or business owners.

By 1998, the emphasis was on MLK, and costs were compared for on-the-street, above- and below-grade configurations. If we look back at the origins of MLK, though, it's clear that the street itself was perfect. It wasn't intended to carry rail, but unintentionally met rail's requirements. This was a road purposefully built without the size constraints of Rainier, and on a gentle cut of the hill.

The popular history of MLK starts in 1913, when City of Seattle legislation dedicated a new road named Empire Way roughly paralleling Rainier Avenue. We hear about this each year on Martin Luther King, Jr. Day, reminded that Empire Way was renamed to MLK in 1982. Previously, it honored the "Empire Builder" James J. Hill, president of the first transcontinental railroad to Seattle.

The surprising story of MLK's preparation for light rail can be found back in 1910. That's when it was first drawn byVirgil Bogue, at the apex of his life's work. He started as a surveyor, later becoming a railroad engineer, railroad executive, and finally city planning consultant. Bogue was hired in 1910 by Seattle to write our first city plan, and he was expected to draw a blueprint for decades of metropolitan growth and development in a comprehensive look at port facilities, roads, rails, and a new civic center.

Put to a vote in 1911, the Bogue Plan failed as an amendment to the city charter. These days it's taken for granted that it was then summarily placed in the circular file. The web of roads on the planned map, for sure, doesn't much resemble our roads system today. Remarkably though, at a conference in 1915 Bogue took pride in his roads work, saying that "a considerable beginning has been made in carrying out the 'Plan', especially in the south part of the city."

Indeed, a close comparison of the plan with maps of today and 1909 shows that there are several roads in West and Southeast Seattle which are direct descendents. Bogue thought Fauntleroy, which he called Highway 41, should be taken all the way to Spokane Street. He suggested extending Admiral Way from there to Alki. Both were approved by the city council shortly after the plan failed at the polls. The Mount Baker Tunnel and Battery Street Tunnel were detailed by Bogue under different names, and built several decades later. And fortunately for Sound Transit, MLK south to Othello Street was described precisely by Bogue as "Highway 24." Considering that legislation was ready with property acquisition details a short year after the plan was published, city officials may have been preparing to build Empire Way even before voters said No.

So what made Highway 24, now MLK, perfect for light rail? Bogue made a strong distinction between park-like boulevards and arterial highways. Think of leafy, curvaceous Lake Washington Boulevard as the contrast to Highway 24. On highways, trees would be allowed alongside houses but not between the street and sidewalk. The roadway would be wide enough to "exceed, by a good deal, the needs of the present." The paved street in the roadway would be narrow initially, but as an "elastic street" it would be widened on demand over time.

King County's online aerial photos show Empire Way to be a broad, barren road in 1936. By 1999, when Sound Transit released its final plan, the corridor was completely built out but still had wide lanes with light, speeding traffic. Link's new route would finally make use of the banked 90 feet of right of way — and three more feet tacked on through land acquisitions. Bogue had proposed 120 feet, though, so we could have had space for a few more rows of trees.

Bogue's railroad sensibilities showed through in the design of highways. At the 1915 conference Bogue explained his system for finding the best path for an arterial road, summarizing at the end by saying, "The location of arterial streets calls for much the same study and talent as are needed in the location of a railroad." They should follow topography and use the "best grades" to connect neighborhoods together. His roads were kept at low inclines to make them easy on horses. He was obsessive about steepness though, abnormally so compared to other city planners. Luckily, constant slope made his highways perfect for trains as well, and Highway 24 was kept under 3 percent for its entire length.

From a cost-savings perspective at least, MLK was the predestined choice for light rail. It was a wide, gently rising highway. The right of way was quite large. Sparseness and smallness of trees as well as the characteristics of the road not only meant relatively easy construction, but also the opportunity to woo the community with a "Great Boulevard" — to turn MLK into a parkway instead of an arterial highway.

It's a fitting end to transform the fast, wide-shouldered highway into a transit-centric, leafy boulevard. We should be looking at other highways from this era and figure out what to do with them as well. 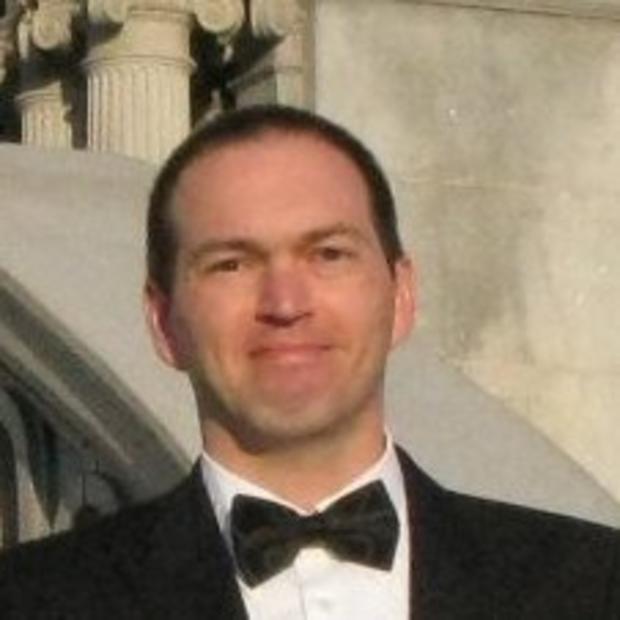 Rob Ketcherside has a book, "Lost Seattle," available at the library and local bookstores. He writes freelance history exploring the relationship between people and their city. Rob serves on Seattle's Landmarks Preservation Board. Follow him on Twitter @ro_ket