Why I continue to oppose the deep-bore tunnel

A leading player in the Viaduct saga insists she has never wavered, and the state is breaking its promises on the compromise solution for the waterfront.
by / June 17, 2010

Under the Alaskan Way Viaduct on Seattle's waterfront. (Chuck Taylor)

A leading player in the Viaduct saga insists she has never wavered, and the state is breaking its promises on the compromise solution for the waterfront.

Editor's note: Cary Moon, the longtime director of The People's Waterfront Coalition and an early advocate for the surface-transit solution to the downtown waterfront and Viaduct replacement project, took exception to my characterization in a blog item of her being an "erstwhile supporter" of the deep bore tunnel solution favored by Gov. Gregoire, County Executive Dow Constantine, former Mayor Greg Nickels, the legislature, and the majority of the Seattle City Council. Such was my clear impression of Moon's position when the compromise solution was announced, though it was obvious that her heart wasn't in it. In the following article, Moon clarifies her position as an all-along stalwart foe of the deep-bore tunnel.

I'd like to ask what you mean by "erstwhile supporter" in your description of me. Supporter of Gregoire, or the tunnel? Yes on Gregoire, no on the tunnel. There has been some revisionist history floating around, perhaps clouding your understanding, that I'd like to clear up.

I have never supported the tunnel. At the end of the 2008 stakeholder process, after the three DOTs announced their two recommendations, those of us who cared about the future waterfront made common cause. We sent a joint letter urging doing I-5/Surface/Transit now, with the money in hand, and to continue to study the bored tunnel too. That was the compromise we crafted together with Mayor Nickels' office.

That is not what Gov. Gregoire chose to do. The state is putting nearly all its money in the bored tunnel project, and NOT funding the I-5 improvements, the promised transit, nor any street improvements in Seattle (besides the waterfront street replacement). This was never what we (the greener, more progressive signers of that joint letter) asked for, and never what we supported.

I didn't then, and don't now, think the tunnel is a good investment.

It is expensive and really risky at a time when the state has many unfunded needs, within WSDOT and everywhere. It doesn't actually do a very good job replacing the mobility function of the viaduct, which is primarily used for local trips coming and going into downtown Seattle.

It induces and concentrates a high volume of car traffic in Pioneer Square and the central waterfront, because of the location of the on and off ramps, which is not what anyone had in mind. It puts a lot of historic buildings and private property at risk, especially in Pioneer Square, because of the complex challenges of boring a 56' diameter tunnel in bad soil with a high (and tricky) water table and brittle, rickety underground structural supports.

Pursuing this solution causes delay of closure of the unsafe structure from the promised date in 2012 to 2016 or later, depending on whether the contractor runs into trouble or not. WSDOT and SDOT prepared a fine plan to get by without the viaduct for 3-5 years, but chose not to go that route for political reasons.

And finally, when it was shown by WSDOT's own data that all eight options studied in 2008 effectively solve the transportation challenge, given that we can achieve a four-lane local urban street on the waterfront without building a megaproject, given the state's and city's commitment to reduce VMT and emissions from transportation, given the long-term economic and environmental problems on the horizon for our car-based transportation system — given all this, why would we want to invest our limited resources in perpetuating this problem, instead of pursuing the most sustainable solution every time we build a project?

What our organization and a bunch of allies are trying to do is get the Seattle City Council to define Seattle's expectations, get experts on our side to do technical due diligence, and resolve the risks/problems for Seattle NOW, before it is too late. This business of rushing the project without an EIS only serves to cut our city, the number-one victim of potential negative impacts, out of position for negotiating fixes or mitigation.

Council should be protecting Seattle's interests, negotiating solutions that protect Pioneer Square and private property, achieve the transit promise, and actually improve mobility to and within Seattle. They need to reserve some decision authority for themselves so they are at the table to determine solutions for problems that arise later. This does not seem to be what they're doing. To me, they are not living up to their fiduciary responsibility by allowing the governor to proceed in this way without protest, signing away authority before they even know what the potential negative impacts and risks are, attacking the current mayor when he does try to protect Seattle's interests. They should be standing up now for Seattle, and our streets and neighborhoods and historic district.

Remember when Councilmember Richard Conlin said things like this: "If this project is now so fragile that taking the time to make good decisions endangers its ability to go forward, then the project is doomed to failure." Whatever happened to that guy? 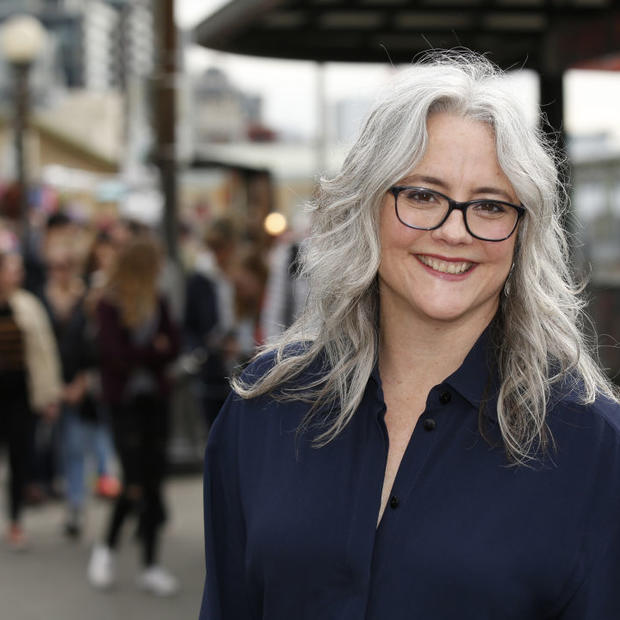 Cary Moon is an urban planner and organizer who ran for mayor of Seattle in 2017 on a progressive urbanist platform.