A funny, fast, and loud 'Doctor' at the Intiman

A rousing 'Doctor in Spite of Himself' offers rich casting, deft pop-culture references, and a non-Molière ending for this Molière production.

Chelsey Rives, Daniel Breaker and Steven Epp in 'A Doctor in Spite of Himself' at Intiman Theatre

A rousing 'Doctor in Spite of Himself' offers rich casting, deft pop-culture references, and a non-Molière ending for this Molière production.

A Doctor in Spite of Himself at Intiman Theatre is funny, fast, and loud. Yet at the same time, this interpretation of Molière's play, first performed in Paris almost 350 years ago, can make the audience quiet. It’s the calming awe that comes from watching someone do what he or she was born to do.

In A River Runs Through It, the younger brother is an angry rebel who will come to a bad end, but watching him fly fishing on the river, his writerly brother knows he’s getting a glimpse of as much skill and grace as he’s bound to see in this life. That’s what it’s like to watch Daniel Breaker perform as Sganarelle — he was born to play farce, and it looks like a gift from God. The biography details the hard work that got him there, but whatever the past, there’s no straining now.

Breaker's Sganarelle is a drink-loving wood-cutter who, through a scheme of his sensibly vengeful wife (he beats her), is cudgeled into pretending to be a physician. He excels as a fake, artfully helping bring together two young lovers by duping the young woman’s father, and on the way getting well paid and flirting with the busty wet nurse. When the pompous father finds he’s been deceived, he threatens Sganarelle with hanging, which Sganarelle only escapes through the convenient death of the uncle of his daughter’s suitor -- who, now rich, has become a suitable match.

Being a fake doctor is working out for Sganarelle: It’s an easy job; dead patients never complain, as he explains.  At the very end, he brags that his new dignified position gives him an edge in his endless, Punch-and-Judy battle with his wife Martine.  He marks the play’s finish with a threat that “the wrath of a doctor is more to be feared than anyone can ever believe.”

The Intiman production sidesteps, or at least rushes over, that ending, which is a typically dark Molière finish in a not-so-typically light Molière play. They finish happier at the Intiman. Before commenting on that, it’s worth noting that while published in its time, there’s always been room for improvisation in this play. The scripts of The Misanthrope, Tartuffe, or Don Juan, in which each subtle line is critical to understanding -- or at least trying to pin down for a moment exactly where each character stands in Molière’s relentlessly ironic moral universe -- are closer to stable texts that allow for tinkering but no rebuilds.

The Intiman production’s co-adaptors, Christopher Bayes (who also directs) and Steven Epp, keep to the armature of the script, but they do much more than tinker.  What they do, in addition to demonstrating their profound knowledge of farce, is to run wild through the caddy shack of the last 50 years of pop culture, low and high, throwing in scores if not hundreds of references: James Bond, James Brown, Tennessee Williams, Tyler Perry, Frasier (the young lover Leandre as played by Austin Durant is a dead ringer for Kelsey Grammer’s pompous routines), Pee-wee Herman, HeeHaw, George Bush (Sganarelle says to his wife Martine that he’s “the decider"), Nino Rota scores for Fellini films, Beckett’s Waiting for Godot….

What a relief it is, that they do this. The cast, the costume and scenic designers, the composer, the unflappable musicians, whatever the details -- the production it is redolent of full-throttle creative engagement. If the lighting designer had an idea of how to make a scene funny, they tried it. If the actors had an improvised crescendo, they kept it, and if they made each other laugh until it hurt in rehearsals, that stayed in.

The style is very familiar: The non-stop popular-cultural references remind me of The Simpsons at its long-gone golden era, or today’s Family Guy.  More like the latter, because the music, lyrically, vocally, and from the on-stage drum set, trombone, tuba, and accordion, is a very strong suit here. This type of comedy, hundreds of years old, needs interpreters who recognize that it doesn’t matter how many mimes and acrobats you throw at them, some of the “hilarious” scenes in, say, Shakespeare, much less Molière in translation, really haven’t been very funny for non-specialist audiences for a century or two.  Most of us can sort of laugh at fumbled Latin coming from the mouth of a pretentious doctor, but I’ll take Breaker singing “ham hock, cock block, Mr. Spock” and pig Latin any day over a strict rendering of the text.

The cast is an embarrassment of riches. They all merit effusive praise, and as with tennis, Breaker excels because of his talented partners. To a man and woman, they move incredibly well, with synchronized and syncopated gestures, and they speak in a plethora of accents and affects. It’s all good, and the performance of Lucas/Thibaut (Allen Gilmore) cries out for praise. His Thibaut, as a country bumpkin, isn’t the kindest portrayal of America’s almost-gone rural people, but it may be the funniest since Mark Twain. Ridicule is like rich food: It’s only worth indulging in if it's belly-achingly good.  Gilmore’s ridicule is. It also literally stopped the show. Breaker, as Sganarelle, got “le fou rire,” and couldn’t keep a straight face.

So what’s the happier ending in this adaptation?  The lovers are married, their father is happy, Sganarelle will not be hanged, and he’s reconciled with his wife Martine. That’s Molière’s ending until Sganarelle’s menacing snarl, which shows he has not, alas, simply become a happy fake doctor, but rather he’s a brittle, little man pumped up by his new role as a quack.

At the Intiman, there’s no pause for that. Instead, it ends with spirited hymn to comedy — a blend of “You’ll Never Walk Alone” from Carousel and Donald O’Connor’s “Make 'em Laugh” in Singin’ in the Rain, sung rousingly well with the key lyric of “laughter is the best medicine” joining humor and doctoring. I was apprehensive -- I like it better when they make me laugh instead of telling me how healthy it is to do so — but frankly, this cast earned the right to celebrate the healing, or at least the palliative, power of comedy. More power to them.

My sense is that they may have ended this way, rather than with Sganarelle’s self-satisfied threat, in part because, for all the raucous and rancid violence in our contemporary culture, a play that both begins and ends with the subject of wife beating is a hard tale to tell, and one that would fall very flat as humor. The major set-design conceit of the play – a Punch-and-Judy puppet theater, which allows the worst violence to happen between puppets rather than actors (they shift from actor to puppet and back brilliantly) -- is a deliberate attempt to remind people that this relationship is more a stylized cartoon than realistic human circumstances.

Yet Molière’s work is often about using the stylized form, and then inserting a startling, intimate, psychological realism into it.  That, however, is for another play and production, when Molière takes on real doctors, not a fake one -- or corrupt priests, degenerate aristocrats, pretentious merchants, or, of course, faithless lovers.

Molière, preposterously successful, collaborating and convivial with an unmatched constellation of talent (composer Lully, playwrights Corneille and Racine, and the artists, architects, and landscape architects of Versailles), considered everyone fair game with the notable exception of the young Sun King, Louis XIV. For all the laughter, there was always an undercutting irony, for himself as much as anyone, and he never let you forget it.

A Doctor in Spite of Himself is plays through Oct. 10 at Intiman Theatre, Seattle Center. Tickets are available from www.intiman.org or 206-269-1900. 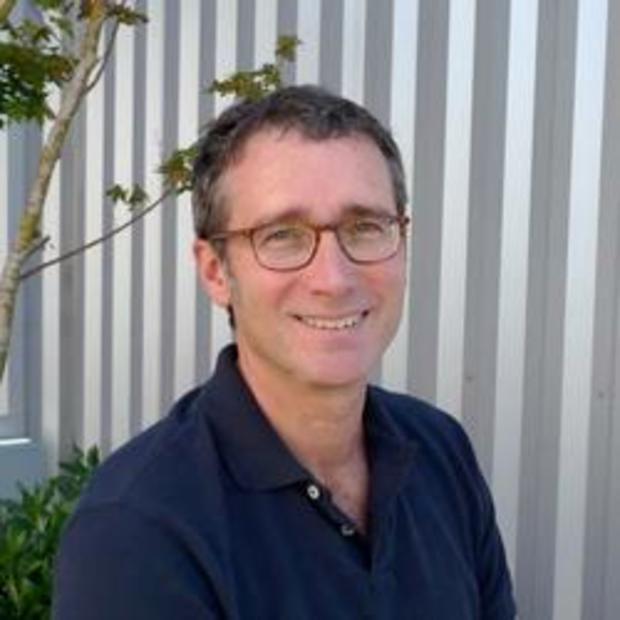