The city has been reinventing itself for the past 100 years. Here's a look at some of the major transformations of the past 20 years, starting with Nirvana.

The city has been reinventing itself for the past 100 years. Here's a look at some of the major transformations of the past 20 years, starting with Nirvana.

Editor's note: This story is an adaptation of a series of reports by the author on "Changing the Sound," which recently aired on KUOW Public Radio.

In the early autumn of 1991, Seattle was in the midst of reinventing itself. The band Nirvana had just released its first major label recording, "Nevermind." Jeff Bezos had not yet founded his e-tail giant, Amazon. Seattle natives Bill Gates and Paul Allen had taken their software company public five years earlier, and Microsoft was on its way to global computer domination. Meanwhile, East Coast transplant Howard Shultz was repositioning the artisan coffee-bean roasting company he and others had purchased in 1987 into an international chain of high-priced coffee shops.

Nirvana’s success, coupled with the hype generated by indie-label SubPop Records, initiated a flood of hipster tourists to the somewhat sodden City by the Sound. By 1996, Newsweek magazine featured a cover photograph of journalist Michael Kinsley, clad in a yellow slicker and clutching a salmon. Like thousands of other people, Kinsley was on his way to Seattle (where he was the founding editor of Microsoft's Slate.com). The title of that Newsweek story? "Seattle Reigns."

For longtime residents, Seattle may have always reigned, though just outside of the international spotlight. For more than half the 20th century, the city was defined by Boeing, founded by Bill Boeing, who moved to the Pacific Northwest in 1908 to manage a timber company. According to Lorraine McConaghy of Seattle’s Museum of History and Industry, Boeing first saw flight at the 1909 Alaska Yukon Pacific Exposition. “He thought he could build better planes. So he built one at the foot of Roanoke Street and launched it into the sky above Lake Union in 1916.” After that, the timber business was never going to satisfy him.

Building airplanes fit right in with Seattle’s rough-and-tumble frontier town image. McConaghy says from the time the first white settlers arrived on Alki Point in 1851, they envisioned a sturdy, industrial enclave here. City father David Denny, she stresses, didn’t plan on being a farmer. “He wanted a city of smokestacks, at the intersection of a transcontinental railroad and a transoceanic fleet of steamships,” McConaghy says. If David Denny could have imagined building airplanes, he might have added that to his list.

That’s the city Bill Boeing found when he moved here, a town where maritime and timber, coal mining and fishing had provided a tidy, sometimes lucrative living for its inhabitants. People moved here for the jobs, but also for the chance to reinvent themselves, in lovely natural surroundings.

By the 1950s, when Center for Wooden Boats founder Dick Wagner arrived here for a summer job, Seattle’s downtown core was hardly a metropolis. “First Avenue was a crumbling mess,” he remembers. “There were tattoo parlors and taverns alternating, and all the spaces in the buildings above them were empty. I thought people had left this part of the city in 1900 and never come back.”

It was a less than auspicious first impression. But a year after that summer job, Dick Wagner moved back to Seattle for good. He was impressed with the Northwest landscape, and the outdoor activities. More than that, Wagner loved what he saw as the positive, can-do spirit of the people he met in Seattle. “All of the people my age were either building a cabin in the mountains, or building an airplane in the backyard,” Wagner chuckles. “Everyone was a pioneer in those days.”

You could also say everybody was an entrepreneur. “There was a roll up your sleeves and get to it-ness,” historian McConaghy says. “It really informed Bill Boeing. Not just that he dreamed. He did it.”

Ninety five years after Bill Boeing tested his first biplane over Lake Union, that entreprenurial energy is alive and well here. But instead of a city of smokestacks and steamships perched on the edge of a continent, Seattle’s brawny image has been groomed into a more metrosexual look. The low-rise brick and terra cotta commercial buildings that used to dominate the downtown core have given way to a slew of sleek metal-and-glass buildings. Most of the surviving historical structures have been gussied up with power washes and interior redesigns.

On a sunny Thursday evening, almost 200 people are crowded into a large room on the second floor of one such reclaimed building in South Lake Union. This is Tom Douglas’ new Brave Horse Tavern. Most of the happy, chattering patrons work next door, at the new Amazon headquarters. Others are part of Seattle’s newest industry: biotechnology.

“Within this area, we’ve got the Institute for Systems Biology, Seattle Biomedical Research Institute, the UW Medical School down the street.” Martin Simonetti is speaking in his office one block west of the Brave Horse, ticking off the life sciences businesses within walking distance. Simonetti heads a company called VLST, where scientists are researching treatments for autoimmune disorders.

Simonetti came to Seattle from California, when this city’s biotechnology industry was just revving up. He helped lead Dendreon’s development of the prostate cancer treatment Provenge. Simonetti stayed here, in part, because of the entreprenurial climate. “By far, Seattle is my favorite place, in part because of the people here,” he says. “They are very supportive, friendly, and they love to get things done, to be the first, to be new.”

It took more than a good attitude to propel Seattle’s biotech industry. When former mayor Greg Nickels took office in 2001, Seattle’s go-go dot com boom had collapsed. Nickels believed biotechnology had the potential to create jobs. He met with industry leaders and asked them what they needed from the city. The answer: an urban version of an industrial/research park, to be centered in the Cascade neighborhood just south of Lake Union.

In anticipation of the Commons, a grand park proposed to span the area from the lake into Seattle’s retail core, Paul Allen had amassed a significant real estate portfolio. After voters voted down the idea, twice, Allen sat on that property, waiting for the next big idea. Greg Nickels says the key to triggering neighborhood redevelopment was the city's public investment. “That’s why we had a streetcar,” he explains. “That’s why we invested in a park, and a playground nearby, why the Mercer Street transformation was so important.”

Not everyone shared Nickels’ belief in the transformation of Cascade into South Lake Union. John Fox, of the low income advocacy organization Seattle Displacement Coalition, argues it highlights the degree to which large economic interests can shape the character of the city’s existing neighborhoods. “To just view it as a tabula rasa, as an empty slate to be remade, that’s troubling to me,” says Fox, who questions a recent city-funded study of South Lake Union job creation, calling it overblown and exaggerated.

Like it or not, the transformation of South Lake Union isn’t that far out of character in a city that’s been a destination for pioneers since the Denny Party arrival 160 years ago. Historian McConaghy says there’s a self-selection process about the people who are here.

“I don’t think innovation and creativity are a thing of the past. It’s very much a thing of the present,” according to her. McConaghy says there’s always a new frontier to explore, whether it’s in space, rock music, or cancer treatment.

This story has been changed since it first appeared. 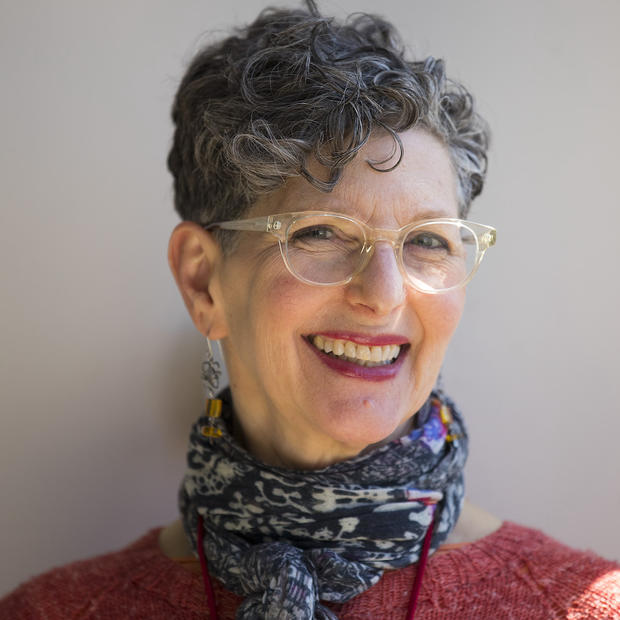