With a Jewell in his cabinet, is Obama prepping to confront climate change?

To be remembered as a great president, Barack Obama has to address the greatest issue of his time. Five things the President should do to tackle climate change.
by / February 10, 2013

To be remembered as a great president, Barack Obama has to address the greatest issue of his time. Five things the President should do to tackle climate change.

The stature awarded President Obama by future historians will be very largely determined by his response to one issue: climate disruption. The President’s recent speeches, and appointments like our own Sally Jewell (as Interior Secretary) and John Kerry suggest that he recognizes this.

The difference between a good president and a great president has little to do with the exigencies of politics. While economic prosperity and domestic tranquility are vital to winning elections, no federal monuments will be built to honor the fiscal stimulus package or Obamacare.

Greatness is measured by how a leader addresses the big inflection points in history that occur on his or her watch.

What is best remembered of that period is a declaration of independence by 13 rambunctious British colonies with revolutionary ideas about social, political, and economic organization.

In 2013, public attention is fixed on Afghanistan and the unemployment rate. Twenty-five years from now, these will be footnotes, not inflection points.

What really matters today? The digital revolution and the explosive rise of China are strong candidates. But the greatest challenge of our epoch is global climate disruption.

At its worst, climate disruption threatens catastrophe akin to the Five Great Extinctions that our planet experienced over the past 500 million years. Bold climate policy, on the other hand, could lead to an ultra-efficient planet powered mostly by the sun and living in a productive state of ecological harmony.

We face a choice between unparalleled, almost-irreversible devastation and a golden age. On its surface, that is not a tough choice. But to date, every President has ignored, or dodged, that decision. More than any other issue on the global agenda, we must not continue to kick this can down the road.

America, which led the world into the oil age, had an opportunity to lead it back out. Instead, in company with Saudi Arabia, China, and Canada, the United States has scuttled efforts at international climate agreements or rendered them toothless. Our system of capitalistic democracy has provided no effective counter-balance to a massive campaign of deception, funded by oil and coal companies, that has hog-tied national policy on climate disruption.

How Barack Obama addresses the climate crisis will determine whether he is remembered as a good President, or a great one.

Four years ago, after a long bitter primary campaign, a weary candidate Obama told a St. Paul, MN crowd that “generations would look back” and say “this was the moment when the rise of the oceans began to slow, and our planet began to heal.”

As President, his attempts to pass a cap-and-trade law were crushed by almost-unanimous partisan opposition in Congress. By 2012, the only people who remembered his “heal-the-earth” comment were on Mitt Romney’s research team.

Today, the President seems more pragmatic and deliberate. In his Inauguration Address, he devoted more words to climate disruption than to any other single topic. “We will respond to the threat of climate change, knowing that failure to do so would betray our children and future generations,” Mr. Obama said. “Some may still deny the overwhelming judgment of science, but none can avoid the devastating impact of raging fires, and crippling drought, and more powerful storms.”

Those sound like the words of a President who has decided to bend history. A President who is prepared to tackle the biggest issue of his time.

What should he do?

1. The President should speak out boldly and soon about the goals he wants to be remembered for. Lincoln did not just ask for an Emancipation Law — he issued an Emancipation Proclamation! President Obama should commit the United States to a 25-year plan that will end our use of fossil fuels. And he should make clear that America’s scientists, industrialists and workers will achieve that energy revolution, regardless of whether China or India or Russia chooses to join the effort.

2. He should build a cabinet of hard-charging leaders who will make climate a priority in their domains. The selection of Seattle’s Sally Jewell as Secretary of Interior and John Kerry as Secretary of State are important steps in that direction. Both are more knowledgeable about climate issues, and vastly more committed to addressing them, than their predecessors. The most important choices, however, lie ahead. The departing leaders of the Environmental Protection Agency (Lisa Jackson) and the Department of Energy (Steve Chu) were the strongest senior climate advocates of President Obama’s first term. Their departures sent chills through the climate community. The selection of top-tier replacements such as Gina McCarthy for EPA and Bill Ritter for Energy would send a clear signal that President Obama is serious.

3. The President should use his executive powers to arrest or reverse the most dangerous, climate-related practices. Most of these involve the extraction, transport and burning of coal and other hydrocarbon fuels. Mr. Obama should, for example, shut down existing coal-fired power plants and make new ones impossible to permit; strictly regulate or ban coal exports; stop the importation or sale of liquid fuels from tar sands and coal liquefaction; accelerate the federal drive to electrify our vehicle fleet; and follow the rest of the industrialized world (even China!) in building a nation-wide grid of high-speed electric trains. It is not enough to complain that Congress won’t act. The President can and must do what has to be done.

4. The President should deploy the American military in the climate cause. No part of the federal government is more energy intensive, or energy aware than the U.S. Army, Navy, Air Force and Marines. Rabid interest in ultra-efficient, distributed and renewable energy sources permeates all branches of the armed services. Every military facility should feature “living buildings,” coated with solar panels and tied together in smart, hack-proof micro-grids. The American military has been the birthplace of many historic firsts — racial integration, the GI Bill, etc. Today, the Defense Advanced Research Projects Agency (DARPA) might be the best cutting-edge science organization in the nation. The American military is poised, and eager, to lead America into a post-carbon world. The President should help it.

5. “Organizing for Action,” Obama's new advocacy group, should unleash a massive grassroots climate brigade. Designed to create an independent power base to support Obama’s top priorities, OFA boasts such top-notch political operatives as Jim Messina and David Axelrod. Its Executive Director is Jon Carson, the former chief of staff at the White House Council on Environmental Quality — and a propitious choice. OFA should be richly funded to organize a coalition that can defeat the antediluvian forces within big oil and coal. That coalition will include high tech, finance, farmers, public health, and dozens of other interest groups. But at its core will be the tens of millions of citizen activists who were inspired by Obama’s promise, and remain eager to help him realize it.

IF President Obama brings the full strength of his bully pulpit to bear on the climate issue, marshals the independent power of the cabinet departments and agencies, inspires the nation’s technical genius and entrepreneurial talent to rise to the challenge, and mobilizes the 80 percent of Americans who will support him on his quest to overcome the inertia and save the planet, he will join the tiny pantheon of great Presidents, the ones who make us proud to be Americans. 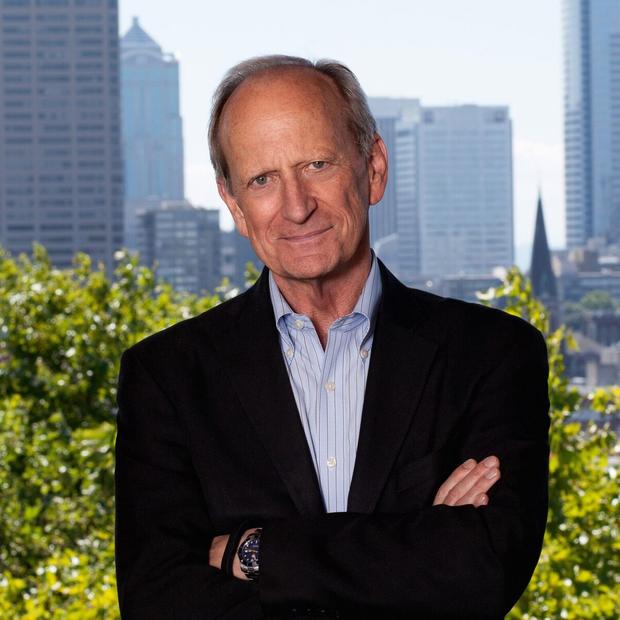 Denis Hayes is the first organizer of Earth Day in 1970. The views expressed are his alone.