How snowboard gear created space for KeseyPollock, a pair of Seattle's most visionary artists.
by / July 2, 2013

How snowboard gear created space for KeseyPollock, a pair of Seattle's most visionary artists.

On a warm summer evening this past Saturday, a formerly vacant Belltown storefront was transformed into a temporary art gallery for the opening of the one of the largest sculpture projects ever funded on Kickstarter — an exciting multimedia exhibit from artist duo KeseyPollock.

The finished sculptures, filled with a rainbow of wax, butter, Crisco and Vaseline, were placed on a steel table. Propane burners were ignited below and sculptures that had taken weeks to create melted before the artists' eyes. Overhead, a mounted video camera rolled.

"Melting Bodies," a collaboration between Steph Kese and Erin Pollock, is unlike anything in contemporary art. The exhibit itself tells the story of a unique artistic process: Life casts were sculpted, painted and embellished to create lifelike figures. Weeks of sculpting transformed the cast of a subject into its lifelike expression. What emerged were characters from all walks of life: a homeless man, a thug, young lovers, a scholar – even a man symbolically holding his own heart.

During the melting process, Kese and Pollock functioned as a dynamic team, controlling the burners for maximum effect and climbing ladders to take high-resolution photographs of the process. As the sculptures neared the end of their melt, the artists scraped away debris and wax. The resulting video would be edited, sped up or reversed to show the transformative process, the beauty created when time passes, the resurrection of life from chaos.

Without the help of the Belltown storefront though, the entire project might have gone unrecognized. The space, formerly home to Egbert’s Furniture, was loaned to the artists for a two week run by Fremont-based development firm Evolution Projects.

A development firm that came out of the success of local ski and snowboard retailer EVO, Evolution Projects has incorporated art into its projects from its beginnings. Its Fremont location showcased art alongside its winter sports apparel and provided space for openings during art walks and community festivals. Both EVO’s previous space and its new location on Stone Way give ample outdoor wall space to muralists.

On Saturday night, the building that once held high-end mid-century furniture played host to two large galleries of framed photography and a theater space, where short films of KeseyPollock's artistic process were screened. A fully-stocked bar featured spirits and mixers from local craft distillers and a Peruvian cebiche bar dished up generous portions of fresh seafood cured in lime juice.

The opening was a celebration of the entire body of work the pair had created since last November and a cap to the crowdfunded Kickstarter project that made it all possible.

Certainly ambitious in scope, Kese and Pollock knew from its conception, that "Melting Bodies" would take about $31,000 to fund. With an overwhelming show of support from 340 backers, their project received funding a week ahead of its deadline. By the time the Kickstarter campaign closed, they had raised an astounding $45,712; money that would go towards purchasing 3,000 pounds of wax, butter, Crisco, Vaseline and other melting materials, as well as pay for the rental of professional cameras, lighting and studio space in the dilapidated Publix Hotel. The artists barely raised enough money to pay themselves — certainly not enough to rent space to show their work, which would be costly and rigorous to even arrange.

In fact, securing a space became nearly as much work as creating the art itself. (In order to serve alcohol at the reception, the artists were forced to form their own non-profit.)

Through the generous support of Evolution Projects though, the event finally found a home and planning grew more concrete as the project neared its June opening. The gallery itself is a recently acquired building in Belltown that the development firm is calling the Belltown Collective, a name that ties it to existing Evolution projects in Fremont and Greenwood.

Ira Gerlich, Managing Member at Evolution Projects, says the KeseyPollock project is the largest scale arts project they've worked on so far. But, he says, "We've worked very closely with Justin Kane Elder, who does the art inside of Revel restaurant in Fremont. We started the art in Revel thinking we'd rotate artists from time to time, but through the process of getting to know Justin and the amazing response that his work gets from patrons, we decided to roll with him ever since. We've also incorporated his work into many of the aspects of our newest building, The Fremont Collective, and have plans in the future to work with him in one of our neighborhood give back programs. Revel also has some exterior painting by another local artist [known as] Pubs. We love to work with creative people whenever possible on our projects. We think it’s a great way to add uniqueness to our projects as well as give the artist an amazing opportunity for exposure and creativity.” Evolution Projects is both the developer of the Revel building and a partner in the business.

Loaning out a vacant space isn’t inexpensive. And, as developers know, it complicates things if they intend to lease or even sell the space. Prior commitments to artists can be a dealbreaker for potential tenants on a tight time budget. Even for Evolution Projects, working with KeseyPollock was a large step: Providing a lot of square footage in a building the company hopes to lease or sell in the future.

But developers can make a big impact in the arts community by providing space for emerging artists. Artists who have a vision for a project, but no support from established galleries. As Gerlich says of Kese and Pollock, “They are clearly very talented and the vibe they want to present should attract some great energy. We knew right away its potential to be an amazing space for people to gather and enjoy themselves through their work, and it was exciting to see that Steph and Erin recognized this right off the bat. This is just a sample of what this space can be when you get positive people together doing things for the right reasons. I'm excited to see the smiles on people’s faces while they are in a new place; a place that they never would have come to before.”

As hundreds of art enthusiasts and curious people stopped into the opening on Saturday, the artists were finally able to relax and look at what they had created. The road ahead for these talented artists is an exciting one: What aspect of their work will they choose to focus on next? Will they work larger or involve more collaborators? The artists had achieved so much by the time they were in the final month, they felt they could make a whole show of more elaborate sculptures, incorporating castings of full bodies and intertwined couples — skills built over the previous year’s work.

But one thing is certain. Without the space to show their work, the community would not have been able to appreciate the true talents of these artists living and working in Seattle. The opportunity to support artists and the arts community is something that Evolution Projects has a hand in developing. As this community minded developer grows, it will be exciting to see the artists that they encourage through their patronage. 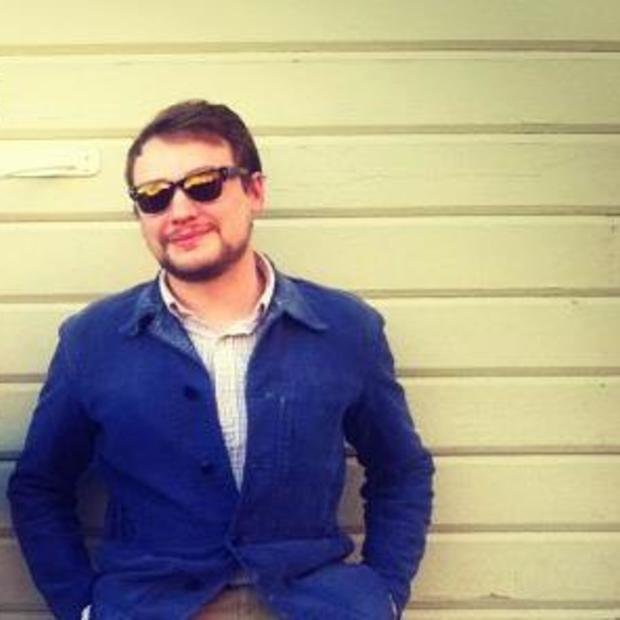 Jeremy Buben is a Seattle based writer interested in visual and performing arts. His weekly schedule generally includes several trips to local museums and art galleries, as well as to a variety of art related events with more than likely unexpected outcomes. Jeremy’s writings on current art exhibits, museum shows and happenings can be found on his own arts & culture blog LeDandysme and on Vanguard Seattle and Art-Nerd.com/Seattle.