Editor's note: This article is a part of "Roots of Tomorrow: Urbanism in our Blood," a weekly series on northwest urbanism. Start from the beginning with Parts 1, "How bikes led Seattle's first roads renaissance", Part 2, "Meet Seattle's first bike vigilantes," and Part 3, "The car that broke the back of Seattle's bike craze".

It is also the second in a two-part segment on urban gardening in Seattle. Read Part 1, "Yuppie-free and horsedrawn: The original Seattle farmer's market."

“The next change to Seattle’s skyline may be ears of corn between the Seafirst Building and the financial center as Seattle possibly turns back to the earth.” — Seattle Post-Intelligencer, March 7, 1973

Seattle was once dappled with urban farms, but over time plots within city limits dwindled. South Park, University District, Georgetown and Rainier Valley farms were overtaken by residential development and commercial and industrial expansion. But a few outliers remained, and one in particular played a pivotal role in maintaining an continuity in urban agriculture that set the stage for its modern-day revival: the Wedgwood neighborhood’s Picardo farm.

The Picardo family immigrated from a hill town north of Naples, Italy. They arrived in the 1890s with a mind to join the Klondike Gold Rush, but instead went into farming down on the Duwamish.

The Picardo clan outside their home in South Park, before their move to north Seattle. Family photo, courtesy of Louise Picardo Hundertmark

In the early 1920s, the family patriarch, Ernesto Picardo — known in the family as The Boss — moved the family to Green Lake and acquired a piece of wet bottomland in Seattle’s far north end, now Wedgwood, called the Ravenna Swamp. The soil was rich and Ernesto and his brothers started a farm that supplied produce to Pike Place and other local markets.

When it began, it was just north of the city limits and covered the equivalent of nearly 35 city blocks, spanning – as Ernesto’s granddaughter Louise Picardo Hundertmark describes it – NE 75th to 82nd and 25th to 30th Ave E. The extended Picardo family worked the farm seven days a week with the help of Japanese and Filipino workers. The men delivered produce to the grocery stores in the morning, then sold what remained at the Pike Place Market.

The Picardo family and friends, harvesting crops at Wedgwood Farm, circa 1924. Patriarch Ernesto Picardo, wearing hat, is leaning on truck on the right. Family photo, courtesy of Louise Picardo Hundertmark.

Norma Picardo Vangelos, Louise’s cousin, worked the farm with her mother as a young girl and also helped man the stall at Pike Place during the WWII years. “It wasn’t a tourist spot then,” says Norma. “People were selling for life and death.” The weekends brought a break – Sunday was a half-day. The women went to church and cooked and, after work, the men played bocce ball in the field. A spaghetti feed followed. The Picardo men, she says, all had big personalities.

Like many Italian immigrant families, the Picardos made and consumed wine – even during Prohibition, when they buried the beverage in ceramic jugs on their Wedgwood farm to hide it from inspectors. Louise’s father, George Picardo, one of Ernesto’s sons, debunked the myth that they pressed the grapes with their bare feet: “He said they always wore new boots.”

After the war, Norma says, many of the Picardo sons who had gone away to fight didn’t want go back to farming. Ernesto’s son Rainie was the only one still working and, when Ernesto eventually passed away at age 89 in 1961, he took over. By that time, the Picardo property was surrounded by development. The family had sold off some of the land for post-war housing and the city had taken some for Dahl playfield.

The Picardo Farm in Wedgwood, with post-war housing on the horizon, 1952. Photo: Seattle Municipal Archives.

The rise of chain supermarkets and competing produce shipped in from California, Oregon, Arizona, Mexico and elsewhere made times hard for local truck farmers — as well as small farmers nationally.

In 1962, as Seattle’s Space Age world’s fair was launching, a column in the Seattle Post-Intelligencer called Rainie Picardo the “last of Seattle’s own farmers” which, whether it was true or not, was indicative of the fact that Seattle farmers were a vanishing species. In the era of Boeing and Century 21, it was anachronistic to see a city dweller sitting atop a tractor amid post-war residential sprawl. A growing Boeing had in fact gobbled up many farms south of the city.

The Picardo farm still produced lettuce, cabbage, radishes, celery, turnips, spinach, beans and other veggies, but by the mid-1960s it just wasn’t paying anymore. It was doubly difficult having a farm with development nibbling at the edges and rising taxes. The once 30-acre farm was whittled down to a few acres at 25th Ave. NE and East 80th streets.

The best option seemed to be to sell.

Rescue came in the form of an idea. Could the farm, or at least part of it, be repurposed to grow food for the needy and teach children to garden? The idea came from Picardo neighbor, University of Washington student and Puget Sound Consumers Coop member Darlyn Rundberg in the 70s. She was inspired by events like Earth Day: The era had put increased focus on DIY solutions and raised awareness about “turning” back to the earth, as the Seattle P-I put it. The struggles of local farmers were also top-of-mind. In 1971, the voters of Seattle were being asked to save the historic Pike Place Market from a massive city-approved redevelopment scheme. The issue of the city’s food chain was front and center.

Seattle was also still feeling the impact of the 1970 Boeing Bust. Many people needed help during what was, at the time, the worst economic downturn since the Great Depression. If eco-consciousness was high, so too were concerns about the wellbeing of fellow Seattleites. In a 1971 Seattle Times interview, Rundberg echoed that concern. “There are a lot of middle-income families who are really [having] a hard time now,” she said. “I think there are a lot of families around here on welfare.”

Her farm project could help. Rundberg had noticed the potential of the Picardo property and believed that the soil — dark, damp and peaty – wasn’t particularly well-suited to development. Perhaps the land could be preserved as productive farmland. She approached Rainie Picardo, who let her use some of the land to start a garden with students from Wedgwood Elementary School. Her volunteer project would teach kids how to grow their own food – and good food too, without chemicals or fertilizers. The crops could be donated to the new local food bank, Neighbors in Need, which was created in 1971 to help people struggling during the Boeing downturn.

Then-City Council candidate John Miller – later a U.S. congressman and ambassador – remembers meeting Darlyn Rundberg at a coffee gathering, where she first told him about Picardo farm. He decided to do something about it if he was elected. As it turned out, that election was key.

“A revolution in city politics during the period of the market preservation battle brought a younger and neighborhood-oriented council to power in the ‘70s,” Jeffrey Craig Sanders writes in his history, “Seattle and the Roots of Urban Sustainability: Inventing Ecotopia.” Miller was part of that group.

With the new wave in power, Rundberg and her neighbors put together a proposal asking the council to assist with the experimental gardening program. The city would lease the Picardo acres for a community truck garden and the lease payment (less than $700) would cover Rainie Picardo’s tax bill. They envisioned up to 300 plots leased to individuals to raise vegetables, fruit and flowers. The Puget Sound Consumers Co-op would organize the gardeners with help from the Parks Department, and a Master Gardener would be hired to help.

In March 1973, the city council approved the plan with the intent of evaluating it after 10 months. In April, the mayor signed a bill to tap the city’s Emergency Fund for “recreational and open space purposes.” It was an “emergency,” says Miller, because they wanted to act to save the open space before it could be sold.

Miller’s ally on the council was another new member — Bruce Chapman. Chapman remembers having seen small public gardens along railroad tracks in Denmark and a large working farm in the middle of Kobe, Japan, Seattle’s sister city, and thinking urban agriculture had great benefits. Miller and Chapman both said in 1973 that they hoped the pilot project could be expanded to other neighborhoods if it was successful.

The garden was called a P-Patch — “P” stood for Picardo.

The P-Patch experiment was a success. Demand for plots was strong and people bought into the value of community gardens. By 1974, there were more than 2,500 people working in 750 plots in 10 patches around the city. Rainie Picardo personally kept an eye on the urban farmers working his Wedgwood land. “They’ve really been getting crops out of it this year,” he told a reporter. “A lot of them don’t know what it’s all about; they don’t know a whole lot about thinning and things like that. Sometimes, I go down there and try to help them out.” His niece Louise remembers Rainie as a bit of a curmudgeon. He took charge of a few P-Patch plots and his vegetables were always perfect.

He was also proud of his farm’s fertility: “That’s some pretty wonderful growing soil, some of the best in the city, I think.”

To celebrate, Picardo P-Patchers hosted a vegetarian feed for city officials in hopes of getting good publicity and encouraging renewal of the program. Mayor Wes Uhlman and city council members Miller, Chapman, Sam Smith, Jeanette Williams and Tim Hill dined on a menu of corn, zucchini bread, borscht, broccoli, pumpkin pie and dandelion tea – all made with ingredients from the pioneer P-Patch.

Seattle eventually did buy Picardo’s property (2.5 acres). In 1975, the council approved up to $78,000 for the purchase – again on an “emergency” basis. The P-Patch program has since proliferated.

By August 2013 there were 85 gardens, 2,750 plots and 6,300 gardeners in the city of Seattle, according to the Department of Neighborhoods. The patches are in virtually every corner of the city – even downtown – and the program continues to expand. P-Patchers donate food to local food banks (28,500 pounds in 2012) and a 2010 survey showed that the gardens also serve as an important source of support for the citizens who work them: 70 percent of P-Patchers are low income, 27 percent are people of color, 46 percent live in apartments and 73 percent have no other gardening space. The patches literally help to sustain people’s lives,

Jim Diers, the former longtime head of the Department of Neighborhoods, says they “cultivate communities” too. They are, he says, great “bumping places” where neighbors meet each other. In his book “Neighborhood Power: Building Community the Seattle Way,” Diers writes, “Gardeners organize concerts, barbecues, art shows, plant sales and other public events in their P-Patch that also strengthen the sense of community.”

Diers travels the world consulting on community building, and the P-Patches are part of his pitch. He points out that they have been important to the city’s immigrant and refugee populations, as the gardens have given them places to stay connected to the land and to their home cultures. They have also been incorporated into public housing projects: One Belltown P-Patch successfully pressed for the city to preserve neighboring historic cannery worker housing. In the Rainier Valley's Courtland area, a P-Patch project mobilized a neighborhood to clean up a slum.

“The P-Patch was the first of many creative counterculture experiments in liberating land from the market, building a smaller decentralized community context and educating the public about organic produce and the ideas of ecology,” explains historian Sanders: It also has kept going an agricultural thread that has been key to shaping the city and what we eat.

That’s a large legacy for a small plot of family land in Wedgwood.

This project is made possible with the generous support of 4Culture/ King County Lodging Tax Fund. 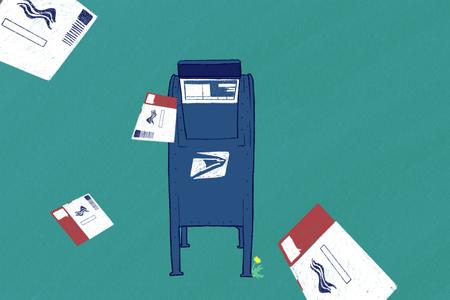