This year marks the 100th anniversary of one of Seattle's most novel and innovative responses to homeless: the Hotel de Gink, which in its heyday housed, fed and provided work for as many as 1500 men at a time.

We often forget that widespread homelessness existed in times of economic downturn long before it became recognized as a crisis in our community and a bona fide social phenomenon.  Before there was a Tent City 1, 2, 3 or 4; before there was a Nickelsville; before gentrification decimated our affordable housing stock; before deinstitutionalization emptied mental wards without providing alternatives for those freed from that scourge; even before there was a Hooverville in the tideflats south of downtown in the 1930s; before all of these things, there was the Hotel de Gink.

It was in this milieu that the Hotel de Gink emerged as a self-managed rooming house providing food, lodging and employment for the homeless men of Seattle. Located first in the old Providence Hospital (the present-day site of Seattle’s federal courthouse), it later moved to a large building near the corner of Rainier and Dearborn Avenues that would become the first location of Seattle Goodwill (the site of Goodwill’s current downtown campus).

“Gink” was hobo slang for “guy” or “fellow.” (The hobo history Knights of the Road recognizes the term as an appellation for fellow hoboes and defines it as a “poor unfortunate”). The hotels were the brainchild of Jeff Davis, one of many to be proclaimed “King of the Hoboes”, who organized the short-lived International Itinerant Workers (IIW) union, aka the “Hoboes of America.” This was an overtly patriotic organization that self-consciously sought to differentiate itself from the more politically radical Wobblies, or IWW – Industrial Workers of the World, which more directly challenged the prevailing socioeconomic order. Or, as The Christian World put it, the Hotel de Gink had “eliminated the bad elements of the I.W.W. movement.”

Davis arrived in Seattle during the autumn of 1913 to organize IIW Local No. 22, challenge local vagrancy laws and attend the 34th annual conference of the American Federation of Labor (AFL). Armed with a $55 grant from Seattle’s labor daily, the Union Record, to pay the first month’s rent, Davis also established the first of what was to become a string of Hotels de Gink around the country. He started others in Cincinnati and New York, and the name became popular, attaching to charitable lodging houses in Tacoma, Portland, Denver, Boston and Ogden, Utah. (The name was even used for lodging houses adjacent to U.S. military bases in far-off lands and was the title of a short animated film produced in 1915). Davis left Seattle after four months, having made a name for himself and winning the praise of local civic leaders.

Following his departure, management of Seattle’s Hotel de Gink fell to one of his lieutenants, Henry “Baldy” Pauly, chairman of IIW Local 22. A onetime itinerant worker himself (a logger by trade), Pauly helped Davis start up the Hotel de Gink and assumed leadership after Davis’ departure. Pauly, too, was widely praised by civic leaders, not only for his competent management, but also for his ingenuity in organizing the Ginks into a viable work force.

Residents of the Hotel de Gink were required to work for no pay at the institution at least two days per week on one of the various work squads, including the Kitchen Crew, Wood Crew, Scrubbing Crew, Blanket Crew (blankets were steam cleaned on site) and the Soliciting Squad, which asked for donations to the hotel. Those who declined to work were summarily shown the door. In exchange for work, residents earned meal tickets. Two-day’s work earned 21 meals.

Various elements of self -management, from work crews to rule enforcement, were introduced through what the Ginks called “Jungle Cops” and policed by the “Jungle Court.” (Crew chiefs elected a police chief known as the “Jungle Bull”). This excerpt from a December 13th docket (courtesy of the Seattle Sun) is typical:

“The first case was that of 232, charged with spitting on the floor.  The prisoner plead (sic) guilty, and declared his wad of tobacco had just fallen by mistake. The cop suggested leniency, and Judge (Skinney) O’Mara sentenced him to keeping the cuspidors clean for one day.

“No. 605, charged with playing cards in the People’s Café (a local bar, from which the Gink’s residents were barred), was found guilty and directed to clean all the windows of the building.

“It looked as if the calendar were clear for the night, when the industry of the cops in the hall rounded up Albert A. Pillar, chairman of the housing committee for the unemployed, who was caught smoking in court. Pillar, when haled before the judge, attempted to bribe His Honor with a cigar, but was nonplused to find that His Honor had sworn off smoking. Pillar was given the first cash fine assessed by the court, paying $1 into the Christmas Kiddie fund.”

The “housing committee of the unemployed” may be a reference to the local business leaders who formed the Unemployed Citizen’s League, which assisted Pauly in starting a land-clearing business. Cash advances from the City Council that helped establish the hotel were repaid through public-works projects, mostly clearing city land. Pauly disparaged the idea of charity, calling it “dope”:

“We don’t ask for and don’t want charity,” he told the Seattle Municipal News on January 24, 1914. “We work for everything we get.”

By the spring of 1914, when the lease ran out with the Sisters of Providence, who were preparing to demolish the old Providence Hospital building, the Ginks had acquired enough equipment to embark on their own business. Pauly and a small crew relocated to a building on 8th Avenue for the summer, completing more land-clearing contracts, before reopening the hotel again the following winter, when the weather grew too inclement for outdoor work camps.

They moved into a large building near the corner of Rainier and Dearborn, changing the name to the Hotel Liberty (perhaps to avoid negative associations with hobo life). Again, the group had widespread civic support and began to solicit land-clearing projects, some for the City of Seattle. This time, however, many of the paying projects fell through, and by April funds grew short.

Attempts to keep the hotel open failed, and the summer dissolved into a series of competing recriminations, culminating in heated words between Pauly and Hiram Gill, Seattle’s conservative mayor, at the State Conference of Charities and Correction in Everett. The Union Record documented the exchange, beginning with Gill’s assertion that the men of the Hotel Liberty were  “bums, hoboes, tramps, and undesirables…we do not owe these bums and tramps a living at the expense of decent citizens. …  Most of them are victims of their own improvidence or their own brutish drinking habits and therefore I say they shall not have a cent of money.’

In closing, Gill said he would not tolerate any “mollycoddling of tramps and bums.” His remarks were greeted with much applause.

Pauly responded to this attack with a reasoned analysis of the sources of the recent unemployment  — such as “the rapid evolution of labor saving machinery…” — and an impassioned appeal:

“We, of the Hotel Liberty, are not bums and tramps! We are men just as good as the best of you here. It has been stated by another speaker that we are not decent citizens and should not be paid a dollar in money for our labor. We have paid the city of Seattle every dollar; we have not had a cent of your charity; we have earned our way. … Why, these ‘bums,’ these ‘hoboes,’ these ‘no good workers’ are the men who have built the west.”

According to the Union Record, Pauly’s response “drew little applause.” He faded from the historical record soon after. The hotel did not open the following winter. Homeless men returned to the Christian missions, and unemployment diminished as Seattle became the center of a post-World War I shipbuilding boom. Social Security records show two Henry Paulys, both born in 1880. One died in Dubuque, Iowa in 1972; the other in Howard, Nebraska in 1976.

The story of the Hotel de Gink is instructive on several counts. First and foremost, it shows that homelessness existed in an earlier era, a fact often glossed over (or even denied) in contemporary accounts, which view homelessness as the product of more recent (latter half of the 20th century) forces such as the gentrification of low-income neighborhoods, deinstitutionalization of mental patients and the emergence of cheap and debilitating illegal drugs. The story of the Gink hotels is about an absence of jobs and affordable housing, what informed observers argue are still the main causes of homelessness.

In the face of homelessness, the Ginks arranged for and managed their own form of shelter, much like the present-day Nickelsville and the self-managed shelters and Tent Cities of Seattle’s SHARE/WHEEL. Reminiscent of current attitudes, the early praise for the Hotel de Gink was eventually overwhelmed by the critics who would have rather seen the problem swept under the rug.

Jeff Davis led the fight against vagrancy laws which were used to harass the out-of-work homeless. These laws were finally declared unconstitutional in the 1960s, but every few years we see the sentiment resurface in Seattle, be it in the form of the Civility Laws from former City Attorney Mark Sidran, to Mayor Nickel’s crackdown on encampments or Councilmember Tim Burgess’s panhandling ordinance.

The enormous structural forces that have made work and housing a precarious proposition in today’s economy may differ from what fueled crises of homelessness in times past. But when it comes to the fickleness of public empathy, the Hotel de Gink is a potent reminder of how little difference a century makes.

An earlier version of this story appeared in HistoryLink.org. 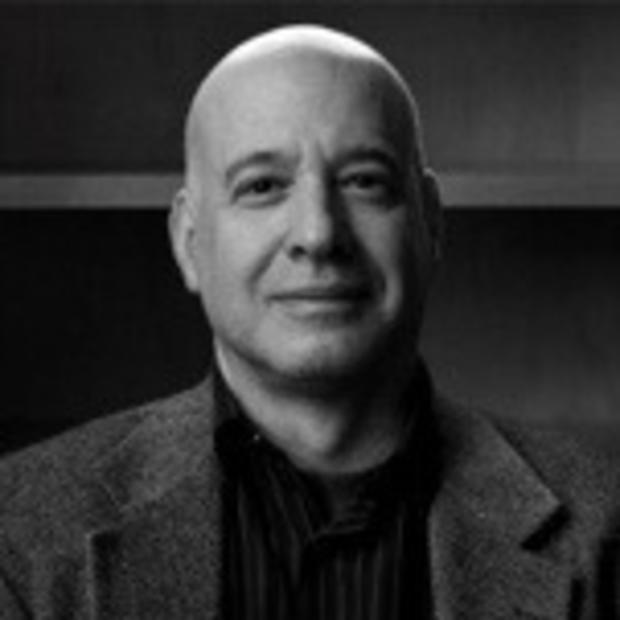 Sinan Demirel has been executive director of a variety of housing and homelessness organizations.