Why promoting Seattle's startup community is our best chance for global greatness.
by / December 8, 2013

Why promoting Seattle's startup community is our best chance for global greatness.

Over the past two years a diverse coalition of Seattle’s business and civic leaders came together to hammer out a modest proposal for the City of Seattle to support new business creation. This initiative, dubbed Startup Seattle, was strongly endorsed by the Mayor’s office, the Office of Economic Development and a clear majority of City Councilmembers, culminating in that body’s decision two weeks ago to fund the program in the City’s 2014 budget.

Councilmember Nick Licata was in the minority on that vote, opposing the $151,000 allocation on the grounds that the initiative hadn’t been sufficiently researched or justified. Yesterday, in an apparent fit of pique at being on the losing end of the debate, he launched a public attack on the Council funding decision here on Crosscut.

Licata’s editorial piece, echoing his flurry of procedural blocking efforts in Council, were framed as public-spirited efforts to demand accountability for the use of $151,000 of public money. In his attack, he described the initiative as having “no measurable public benefits”, and went on to assert that when it comes to startups “Seattle is already a success”.

As one of dozens of community volunteers who worked with the City over many months to understand the needs of our local entrepreneurial community, to benchmark our civic efforts against those of other leading cities, and to develop the very modest program that has now been funded, I am utterly mystified by Councilmember Licata’s stance on this topic.

Helpfully, Councilmember Licata’s editorial has already clarified his fundamental agreement with the bedrock principle of of the startup initiative: that the City of Seattle has a critical role to play in promoting the economic health of the region. In his own words:

“While the city has a proper role to play in supporting and encouraging economic development, it has to be done in a way that demands public benefits in exchange for public assistance.”

With that out of the way, it’s safe to move on to the logical heart of his concern: whether the $151,000 a year in public funds allocated to this effort will produce a return on the City’s investment. Happily, this is familiar ground for Startup Seattle supporters: creating economic value is what startups and the entrepreneurs who found them do for a living.

According to the City’s Office of Economic Development, each million dollars of annual revenue generated by a private company located within city limits produces $3,000 in direct B&O tax proceeds to the city (not accounting for associated utility, sales and property taxes paid by the company). At an individual level, each incremental employee earning $100,000 adds another $1,400 to the City’s coffers each year via personal sales, property and use taxes. And most importantly to a city that cares deeply about social justice and broad prosperity, each high-wage job has a multiplier effect in the local services economy. According to UC Berkeley economist Enrico Moretti, “for each new high tech job in a city, five additional jobs are created outside high tech in that city” in local services occupations like education, health care, construction and retail. These workers also produce direct revenue for the city.

For Councilmember Licata’s most basic objections to be satisfied, the $151,000 allotted to the Startup Seattle initiative must be shown to result in at least an equivalent benefit to the City. Let’s assume that a startup company with $1 million in annual revenue employs 10 high-wage workers, supporting an additional 50 services jobs by the multiplier effect described above. Under these conservative assumptions, each new company that hits $1 million in revenue results in an incremental $80,000 in cash receipts to the City each year.

In other words, the City’s efforts to support entrepreneurs will turn a profit for the city if it leads to the successful creation of just two incremental million-dollar companies a year. As those companies grow, their contributions to the city’s coffers will grow with them, paying back the city many times over.

Put plainly, if there is a use of City funds with a stronger and more measurable return on investment than Startup Seattle, I’ve never seen it. If you need further convincing, just consider the contributions that local startups like Starbucks, Costco, Microsoft and Amazon, or more recently, Zulily and Tableau, have made to our regional economy, and to the City’s tax base.

But the real argument here goes way beyond accountability in the use of public funds. The fundamental question we need to tackle as a city is how we’re going to compete successfully in an increasingly global and technology-driven economy. Mr. Licata seems to believe that “Seattle is already a success” and no further effort is needed. I’m certain the city fathers of now-bankrupt Detroit felt the same smug sense of ease in their heyday.

The global economy isn’t standing still, it’s moving fast, and speeding up. All work is becoming “knowledge work”, requiring the use of technology and analytical skills for even the most basic tasks. And every major world city is now in active competition with every other to be the place where that tech-enabled future is built.

And it’s not just aspiring tech hubs like New York and Los Angeles that have pulled out all the stops; even San Francisco, the undisputed global leader in tech innovation, is aggressively deploying public resources to promote its reputation as center of excellence for entrepreneurs.

Just a few years ago, Microsoft was a dominant force in technology and a major engine of employment and wealth creation in the Pacific Northwest. The company is now fighting for its life thanks to the rapid and accelerating pace of technological change. Luckily for all of us, Jeff Bezos decided to build his online bookstore here in 1994 and, after over a decade of entrepreneurial struggle, emerged as a global tech leader — just in time to pick up the slack and help drive our local economy to new heights.

But if we want Seattle to maintain its relevance in the global economy, we can’t count on that kind of dumb luck to see us through next time, or the time after that. All of us — City government included — need to play an active role in shaping the future of our regional economy. The broad and deep community support for Startup Seattle was forged from a collective understanding of the severity of this threat and the urgency of addressing it.

Simply put, we cannot afford the kind of complacency that Councilmember Licata’s words and deeds have revealed on this topic. Instead, we need to fight like hell every day to defend Seattle’s future relevance as a global center for innovation and entrepreneurship.

Business, academic and non-profit leaders across the city came together over the past year to develop a shared vision of how the City of Seattle could play a role in this important work. The Startup Seattle initiative was the result. Now that the City Council has chosen to fund the effort, it’s time for all of us — Councilmember Licata included — to roll up our sleeves and get down to the serious work of building Seattle’s future.


(For readers who want to dive deeper into this topic, Professor Moretti’s “The New Geography of Jobs” and the Brookings Institution’s related analysis, “The Metropolitan Revolution: How Cities and Metros Are Fixing Our Broken Politics and Fragile Economy” are two excellent recent works). 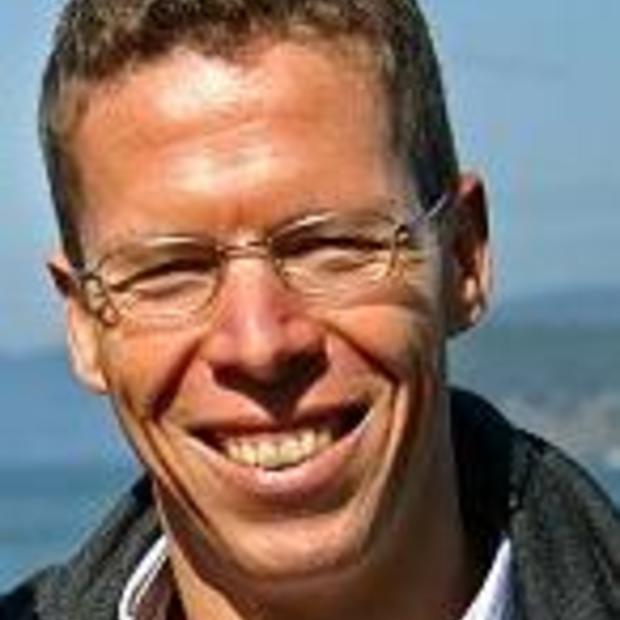