My teenage years on the streets of Vancouver

Rebekah Demirel survived the mean streets of Canada's big metropolis. It wasn't easy. This is her story.
by / January 23, 2014

"I learned early on to ignore my feelings of fear and danger because I didn't know how to express them."

Rebekah Demirel survived the mean streets of Canada's big metropolis. It wasn't easy. This is her story.

When I was 13, I was living on the street in downtown Vancouver’s lower east side, home of many heroin addicts, prostitutes and some of the most down-and-out streets in North America. Though it was scary and dangerous and no place for a young girl, I still felt lucky to be alive and free from where I’d been.

I grew up in East Van, with my father and my older brother. My father drove a cab and was co-pastor of our local Pentecostal church. My mother fled the violence of our home years earlier, when I was three and my brother was six. She tried to take us with her, but my father forcibly took us back and I didn’t see her again until I was 12.

My dad and my brother shared a bedroom across the hall from mine. Most nights, I’d hear sounds coming from their room. I didn’t really understand the sounds, but they made my throat feel like it was full of concrete, so I’d cover my head with a pillow and try to sing myself to sleep.

It was my job to wash clothes on the ringer washer downstairs. I saw my brother’s bloodstained underwear and did my best to scrub them clean on a washboard in the concrete sink. But I never said anything about it. I didn’t know what to say and my silence earned me preferential treatment: Unlike Robert, I wasn’t beaten or sexually abused.

I struggled with feelings of guilt, shame, loyalty to and a deep unspoken fear of my father. I had no way to communicate what was going on in our house or make sense of what I felt. So I ran.

Russell, my boyfriend, was older than I was. He told me he’d take care of me, that he loved me. Instead, he brought friends to the abandoned house where we were hiding and said it was time for me to earn some money by having sex with them. When I objected and threatened to leave, he punched me hard in the face, breaking my nose. I screamed. He grabbed a knife. Instead of attacking me, he stabbed himself in the abdomen, to prove his “love.”

The ambulance arrived at the same time as the police. One officer carried me to the squad car. Russell said I had stabbed him, but the officer didn’t believe him.

The officers drove me to a big old house in Kitsilano, a neighborhood on the opposite side of town. As we pulled up a man on the porch with a mop of curly black hair and a quiet voice called out, “Hello! You must be Rebekah. My name is John. Welcome.”

There were a dozen teens living inside the house, including a girl named Rochelle, who became my best friend. We could stay at this emergency shelter for one month. During that time, we were not allowed to go outside. Everyone complained about that, but I didn’t mind because for the first time in my life I actually felt safe.

When my time at the emergency shelter was up, I had no idea who to call or what to do. I ended up downtown, wandering around trying to find someone to buy me a meal.

Once I was hitchhiking and got into a car with a group of drunken men. I could feel inside that this was a dangerous thing to do. But I had learned early on to ignore or numb my feelings of fear and danger because I didn't know how to express them.  I was so used to pushing away uncomfortable feelings that I ignored my own gut and went ahead.

The men took me to a party. The place was wall-to-wall beds with everyone stoned on coke, booze and heroin. I managed to sneak out and walked for hours in the dark until I finally just slept in a park under a tree.

The police picked me up so many times that they knew me by name. I finally found a dark basement to hide out in with some other teens who were trying to avoid prostitution and the violence of street life. We’d huddle together at night smoking pot and eating any food we could steal and listening to April Wine and The Moody Blues on the radio.

Eventually the police raided our basement hideout, which was really a blessing. More and more men were starting to show up, knowing there were young girls they could prey on. The police didn’t really seem to know what to do with me. They gave me a choice: school and foster care, or juvenile detention. I agreed to go back to school and let them find a foster home for me.

I was 15 by now, and had missed most of eighth grade, all of grade nine and half of 10. I was placed in a high school (grade 10) and a foster home. The foster mom wouldn’t give me a key to the apartment so I’d spend hours outside waiting for her to come home. Eventually I gave up and went back to my life on the street.

I was assigned a social worker, John Turvey (below), the curly-haired man from the emergency shelter. He was my friend Rochelle’s social worker, too. She was also back in school, in my grade, and back at home with her mother and brother. (Rochelle died some years later; too much risky living with bikers and heroin addicts.)

John really looked out for us. He got me into another foster home, which wasn’t much better. Adults, and even some kids, at many of those places tried to have sex with me. Sometimes I’d freak out and go back to the streets for a few weeks, but I didn’t want to disappoint John or make him worry, so I’d come back to school and try to get back on track. At one point, when John ran run out of foster homes, he and his girlfriend Petra let me live at their place for the summer.

On my first night, Petra showed me my room with its clean bed and the bowl of cherries and almonds she’d put on the nightstand. She and John never lectured me. He always believed in me. I came home every night because I felt safe and cared for. I learned at John and Petra's that time and attention are the most precious gifts we can give one another. That summer was the beginning of my healing.

After John and Petra’s I lived in an apartment that was paid for by social services. It was a spare, scary place in Vancouver’s West End, just a mattress on the floor and the sound of yelling and sirens every night. Once a man climbed through my bathroom window. I screamed so loudly he ran away. Every night I’d light a candle and lay there looking at it. I wouldn’t blow it out until my eyes started to close. That way I didn’t have to feel alone in the dark.

I somehow got through those harrowing years and gradually life got better. I worked for a while as a waitress. When someone at the restaurant offered me a free advanced first aid course I jumped at the opportunity. Soon after that, the BC Ambulance Service hired me as a paramedic.

I felt good about helping people, especially whenever I worked on the same downtown streets where I'd lived as a teen. Eventually the Ambulance Service asked me to teach the paramedic program and I was amazed how much I enjoyed it. I drew strength from my work and from the people who thanked me and told me I was a good person. Soon I began to believe it.

During my long career as an ambulance paramedic and teacher, I reconciled with my father and mother. Both are dead now. I’ve tried to visit my brother, who was diagnosed with schizophrenia, but he doesn’t want to see me. I think it brings up too much for him.

I eventually earned a counseling degree and studied acupuncture and Chinese medicine. Now I practice acupuncture and teach secondary trauma workshops for social service providers and youth at risk. I live in Seattle with my husband, who was the director of a homeless youth shelter when I met him almost five years ago. Thankfully, miraculously, I’ve learned how to take care of myself and others.

My number one advocate, John Turvey, is gone now, but his work with Vancouver’s young people and addicts is legendary. Much of who I am today I owe to John. He never gave up on me, so I never gave up on myself.

Photo of John Turvey from missingpeople.net.

Our Kids@Risk series is made possible by the generous support of the Raikes Foundation — Crosscut members. 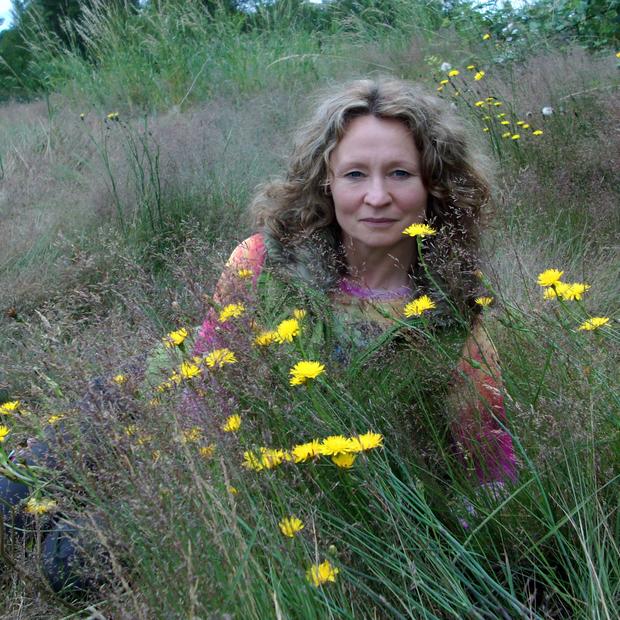 Rebekah Demirel is an acupuncturist and East Asian medicine practitioner with a private and community practice in the Seattle area. She also presents workshops to social service agencies and the general public on a variety of topics, including meditation, qi gong, stress management and secondary trauma.