Homeless youth in Shelton: No place to go

At 9 percent, the Shelton School District's homeless rate is three times the state average, but there are no overnight shelters for kids under 18.
by / June 15, 2014

Jesse Dowty, KeAndra Radchenko and Brenden Pippins have lived on the street, in the woods, in cars and on couches. All three remain homeless.

At 9 percent, the Shelton School District's homeless rate is three times the state average, but there are no overnight shelters for kids under 18.

Editor's Note: This story is the first in a two-part series about Mason County's homeless youth.

Homeless at 18, Jesse Dowty occasionally slept in a tent in the trees behind Les Schwab on Olympic Highway North. “It was freezing cold, and loud,” he said. “It’s a two-minute walk from the freeway.”

KeAndra Radchenko’s mother, who was addicted to meth and other drugs, forced Radchenko as a child to clean and feed her two younger sisters. Radchenko ran away to the streets of Olympia at age 12, then to downtown Seattle a year later before returning to on-and-off homelessness in Shelton at age 16.

In February, Radchenko (below) earned her high school diploma at CHOICE Alternative School’s midyear graduation ceremony. As the graduating class speaker, she eloquently shared her struggles. Today, she owns a diploma, but has no home.

Radchenko and Pippins — partners for three years— recently spent a few days sleeping at her grandmother’s crowded house, but they might have to return to their car on the streets of downtown Shelton.

‘We just can’t afford you’

The Shelton School District tracks homeless youths in order to receive federal money for programs that serve them. For the 2012-2013 school year, the district counted 374 homeless children and youths; 38 were high school juniors, 62 were seniors. Nearly 14 percent of the seniors at Shelton last year were homeless.

Students often say they’ve been kicked out of their houses, said Wayne Massie (below), superintendent of the Shelton School District.
“You get that feeling it’s, ‘Gosh, we just can’t afford you anymore. You’re on your own,’” he said. The district collects clothes for homeless teens, and stores them in the rafters of the school district headquarters at 700 S 1st Street.

Often perceived as a more significant issue in the state's urban centers, statistics from Washington's Superintendent of Public Instruction show the highest percentages of youth homelessness are in the state's rural depressed communities. With 9 percent of its students homeless, Shelton School District's homeless rate is three times the state average of just under 3 percent. Seattle Public Schools had 2,370 homeless students, or a little less than 5 percent of its total student population.

Statewide, more than 30,000 students were homeless in the 2012-2013 school year. Over the past five years, the number of homeless students in Washington schools increased by a staggering 47 percent.

The problem is national: A record 1.1 million students attending public schools in the United States were homeless in 2013, according to the U.S. Department of Education. The number of homeless students increased 10 percent from 2012 to 2013, rising from 1,065,794 to 1,168,354. Forty-three states reported increases.

Of the 374 homeless students attending Shelton schools in 2012-2013:
• 87 lived in shelters.
• 50 were “unsheltered,” which means they lived in abandoned buildings, campgrounds, vehicles, parks, temporary trailers, FEMA shelters, bus stations, substandard or inadequate housing or on the “street.”
• 3 lived in motels.
• 234 were “doubled up;” meaning, by the federal McKinney-Vento definition of homelessness, young people who live with relatives or friends due to a loss of housing, economic hardship and circumstances that include family turmoil, domestic violence, incarceration, hospitalization and drug or alcohol treatment.

These young people not only have no permanent home, but few places to gather in Shelton. The closest shopping mall is in Olympia. The bowling alley closed. There’s no overnight shelter for teens younger than 18. The armory building, long a gathering place for youths, closed down — and scheduled to reopen as Mason Transit Authority’s Transit-Community Center in January.

“We don’t have a real community center for teens,” Massie said. “These are good places to connect with adults outside the school system … There are not many wholesome places for teens to hang out and do things in the community.”

Homeless youth, ages 18 to 21, who use the Housing Options for Students in Transition (HOST) program — HOST provides temporary housing, monthly stipends, case management and job shadow opportunities — “have been let down by every adult in their life,” said Delphina Liles, the group’s program coordinator.

Such is the case with Jesse Dowty, KeAndra Radchenko and Brenden Pippins, the three teenagers who shared their stories of being homeless in Shelton. Miles Nowlin, who supports homeless teens as the homeless liaison for the Shelton School District, said the three share other traits, among them “the oomph, the resiliency which comes naturally when you’re thrown into extreme circumstances.”

Born in Missouri and raised in Minnesota, Pippins came to Shelton when he was 11. He arrived with his sister, two brothers and his mother, who moved the family to Shelton to live with a man she met online.

“He was an alcoholic, and there was always fighting,” Pippins said. “He was abusive toward us. I don’t think there was a day there wasn’t a drunken fight.” Pippins said his mother was addicted to pills and drinking heavily, and would beat herself up, then call police and claim she’d been assaulted by her children.

Starting at age 15, Pippins was in and out of the house. He became homeless fulltime at 16 when his mother moved to Oklahoma, and two of his siblings joined their long-lost father in Missouri.

Pippins would stay for a few days at a time at the homes of friends, or in the woods or in the recyclable cardboard bins behind Fred Meyer and Evergreen Landscaping. “It was not out in the open," he explained, "but easy to get to and stay out of the rain.”

On a typical day, if he’d slept at all, Pippins would wake up about 4 a.m. and walk to downtown Shelton to wait for the soup kitchen to open. These days, Pippins receives help from the HOST program, and gets jeans and shoes and other items from Youth N Action, a statewide advocacy program that empowers underserved people, ages 14 to 24, to share their opinions on public policy decisions. His plans include finding a part-time job, completing his GED and attending college, and perhaps incorporating his interests in tattooing and glass blowing.

Dowty’s father left him when he was 3. By the time he was 15, he was fighting with his stepfather. “I was pretty lazy, until they kicked me out when I was 18,” he said.

Dowty's parents sent him to Job Corps, which showed him the door after a dispute about his medications. Dowty was “shocked” by his parents’ response to his ouster from Job Corps. “They didn’t let me come home,” he said. “They told me where the shelter was.”

At 18, Dowty was just old enough to be admitted to the Cold Weather Shelter in downtown Shelton. But, “I was running my mouth and getting my ass beat,” he said. With nowhere to go, no income and no way to wash his one set of clothes for a possible job interview, “I was really lost," he said. "… After time, I got used to it.”

Dowty ate at the soup kitchen, took advantage of meals offered by Community Lifeline and stole food from a Shelton grocery store. He was banned from a coffeehouse for using its bathroom; he used the restrooms at the armory building until it closed. He found shelter from the storms in the Starbuck’s section at Safeway, and inside the Shelton Civic Center. He said police cut holes in the tent he pitched behind Les Schwab, to let the rain in.

Shelton needs “a place to go during the day when it’s cold out,” Dowty said. The city also needs no-income and low-income housing, housing programs for young people and someone to organize a drop-in site that would offer all the resources, he said.

After a year of homelessness, Dowty's family decided to help him. They found a downtown apartment and paid the down payment. HOST helped pay his rent. The first night in his own home was “extremely quiet,” he recalled. He rolled out his sleeping bag and slept on the floor.

Two months ago, Dowty was talking about returning to CHOICE Alternative School to complete his GED, and perhaps continuing his education to become a history teacher. Instead, he lost his apartment, and is homeless again.

Radchenko said her mother used methamphetamine and other drugs, and left her to fend for her two younger sisters and herself.
“I was the one who was feeding them and cleaning them,” she said. When Radchenko was 12, she and a friend ran away to Olympia; a year later, they were wandering the streets of downtown Seattle.

The two girls begged for money, and were often harassed. An old homeless man showed them where to sleep: inside the pedestrian bridge to the ferry terminal. As for Radchenko’s family, “They just thought I was being a rebellious teenager,” she said, adding “I didn’t want to rat out my mom.”

When Radchenko turned 16, her father persuaded her to go back to school. He died later that year of cirrhosis of the liver. “My dad was like my idol,” Radchenko said. “He was my everything.”

Radchenko focused her energies on school. She sometimes slept at her grandmother’s house, and for a spell at a friend’s apartment. Some nights, she and Pippins slept inside a heater-less car on the streets of Shelton. Radchenko recalls one specific low point: sitting shoeless in the car, with its hole in the floor, out of gasoline and money. Parked on downtown streets at night, passerbys knock on the window and ask, “Are you OK in there?”

For income, Radchenko receives $50 a month from HOST. Both she and Pippins were on the community committee that launched the program; both serve as Youth in Action youth leaders. The community needs to “step up” to help homeless teens, Radchenko said. “If Shelton helps us, we can help Shelton.”

All photos by Gordon Weeks. This story was reprinted with permission of the Mason County Journal. The family-owned weekly newspaper, founded in 1886 before Washington was a state, is the oldest continuously operating business in Mason County and the newspaper of record for the community. 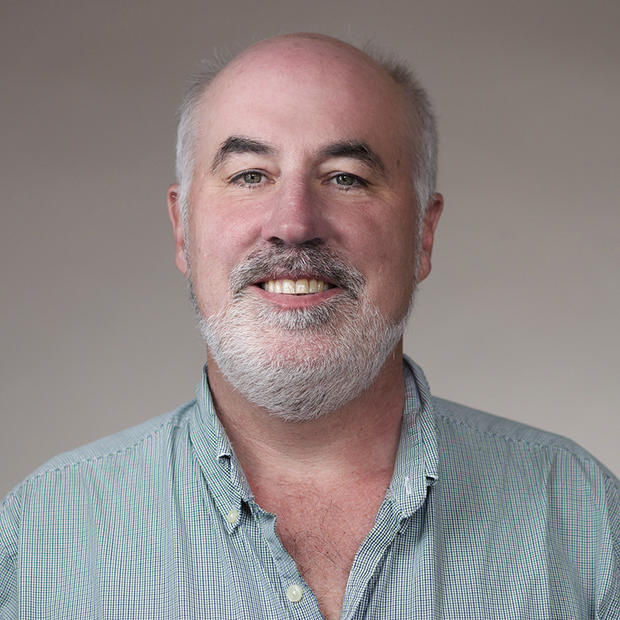 Gordon Weeks, a native of Des Moines, earned a bachelor of arts degree in journalism from Western Washington University in 1984. He has worked as a full-time reporter and editor for the past 30 years, including stints on the Kodiak (Alaska) Daily Mirror, the Ogden (Utah) Standard-Examiner and Skagit Valley Herald. He has worked for the Mason County Journal for the past two years.