Since the popular organic brand sued the feds over mandatory contraceptive coverage, local consumers and co-ops are struggling over whether to buy or boycott Eden products.
by / September 9, 2014

Eden Foods is the only organic food company suing the Obama Administration over contraceptive provisions in the Affordable Care Act.

Since the popular organic brand sued the feds over mandatory contraceptive coverage, local consumers and co-ops are struggling over whether to buy or boycott Eden products.

Of the dozens of companies that have denied employees access to birth control despite President Obama’s so-called contraception mandate, Eden Foods stands out. It is the lone organic foods company in a group of holdouts that includes bible publishers and makers of concrete, cars and rifle scopes. And Eden is a label trusted by liberal consumers across America.

Like Hobby Lobby, which began the ongoing, sticky debate over whether companies have to provide contraceptive coverage for workers, Eden Foods filed a lawsuit against the Obama Administration last March, making similar claims about constraints on religious freedom and government overreach. In a public statement last April, Eden CEO Michael Potter said that his company’s suit was intended to stop the government from “forcing citizens to violate their conscience.”

Though the original U.S. Court of Appeals decided against Eden, the case is being reconsidered in light of the June 30th Supreme Court ruling in the Hobby Lobby case. That favorable ruling — the first time that a for-profit company has been offered religious protections that skirt the Affordable Care Act — helped the case of hopefuls like Potter, who has called birth control a “lifestyle drug."

Eden Foods, which markets itself as the “oldest natural and organic food company in North America”, shares the same Christian conservative values as Hobby Lobby, a major arts and crafts chain. Both companies sued the federal government under the Religious Freedom Restoration Act, and both were recently deemed “closely held,” an elusive term that, according to the Internal Revenue Service, refers to a company which “Has more than 50% of the value of its outstanding stock owned (directly or indirectly) by 5 or fewer individuals at any time during the last half of the tax year.” Most closely-held companies are family-owned businesses or those whose investors share the same beliefs.

In Washington State, where demand for organic food is among the highest in the country, the lawsuit hits close to home. Consumers used to seeing Eden products on the shelves of co-ops and health food stores are making their voices heard on the issue, and merchants are responding. Joining other food cooperatives around the country, Central Co-op on Capitol Hill dropped 80 percent of Eden Foods products from its shelves this past July, because they failed to keep pace with purchases of competing products.

When the Eden lawsuit first surfaced, says Central’s Marketing Director, Susannah Schultz, the co-op urged its customers to vote with their dollars. When the Hobby Lobby ruling was overturned in June, however, the co-op took another look. The community’s strong support for women and family healthcare, coupled with the decline in sales of Eden products over the last year, led Central Co-op to drop many Eden products.

“Realizing that even though these products are clean and eco-friendly, and we support the work that Eden Foods does from that standpoint, we really could do without 80 percent of [the company’s products],” explains Schultz.

It is too soon to tell whether the decision will have a meaningful impact on sales, adds Schultz, but it’s a risk the co-op was prepared to take.

Co-ops and health food stores throughout the region and the country have been talking to each other about how to handle this issue. Strategies have ranged from full-blown boycotts to trial periods during which they solicit customer opinion to no action at all.

Like larger non-co-op companies like Whole Foods and QFC, who both declined to comment, Puget Sound-based PCC Natural Markets has left the activism to its shoppers. “Dwindling sales are the fastest way to make something disappear,” said Trudi Bialic, Director of Public Affairs for PCC, adding that sales of Eden products have dropped slightly, though not significantly since last year.  “As long as [customers] continue to support it, it appears we’re going to have [Eden products] on our shelves.”

As the largest consumer-owned natural food retail chain in the U.S., PCC remains under pressure from its member-owners to boycott Eden. Zarina Parpia, a PCC member and consultant with a local non-profit that focuses on environmental equity and U.S. reproductive rights, wrote a letter to the PCC board, on August 7th, asking it to “reconsider its stance to maintain ties with companies that espouse regressive, misogynistic, and unfair practices.”

In response, PCC said that although it does draw a line on some issues, like child labor in the chocolate industry, intervening on issues of religious rights, reproductive rights or employee benefits is just not something it does.

“It’s a difficult one,” allows Bialic about the issue. “It’s not a perfect world. … It’s a very complex world.” That said, Bialic wonders whether the strong focus on Eden’s employee benefits is perhaps misguided. “Farmworkers don’t even have the right to organize!” she observes. “If we applied this logic, there’d be no produce.”

Bialic also pointed out that Eden Foods offers its workers a 50 percent matching 401k plan. That’s a benefit many small food producers, including many of the local vendors touted by liberal shoppers, do not provide.

Parpia, who has helped to organize happy hours for community members interested in reproductive rights, asserts that the Eden Foods lawsuit is not just a women’s issue, but an issue of universal healthcare. Seattle, she says, is an important ground zero for activism around this issue. Seattleites care about health, have an abiding interest in sustainable food and the incomes to purchase it. “We are a wealthy city,” she says. “More people have money to spend on organic foods.”

Parpia and other local activists have chosen to focus their efforts on co-ops and supermarkets because, she says, “they have significant purchasing power compared to the average buyer.”

Whether their efforts will have an impact remains to be seen. In a July 3rd press release, Eden Foods said that the Hobby Lobby ruling confirmed “at least in part, that we were correct” in challenging the Affordable care Act on religious grounds. The company has been mum so far about the financial impact, if any, of grocery store and co-op boycotts. But in that July 3rd statement, Eden expressed dismay at the reaction to its suit: “We did not fully anticipate the degree of maliciousness and corruption that would visit us.” 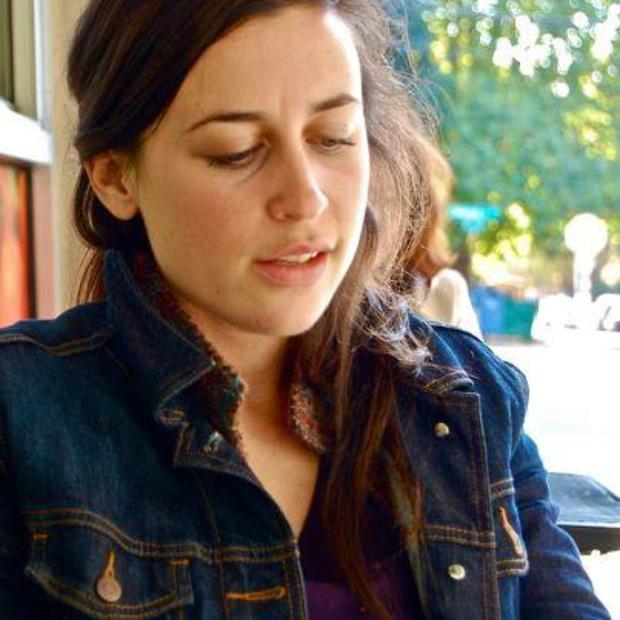