Field Notes from Olympia: The power of language and the "fear grimace"

One of anthropology’s traditional four subfields is linguistic anthropology. (The others are cultural anthropology, archaeology and biological anthropology.) Linguistic anthropology encompasses a broad range of activities, from the study of language acquisition, links between languages and cognitive processes (whether the language we speak shapes how we think) to an exploration of how languages change over time, how word choice reflects social imagery (the term legislative “body” reflecting cultural notions of government, for example), and how regional dialects reflect power relations between social groups.

Because so much of human culture is expressed and transmitted through language, linguistics plays a central role in anthropological analysis. Some anthropological studies of dialect consider how subgroups within cultures (teenagers, cops, custodians, etc.) telegraph their status. My observations of speech and communication patterns within the legislature provide rich examples of this phenomenon.

Anthropologists argue that all people speak dialects which follow their own (unwritten) rules of grammar and pronunciation. In a linguistic sense all dialects are equal. But political power dynamics determine whether the speech patterns of a college professor or an itinerant farm laborer are socially favored as “correct.” Dialects thus mark social power or hierarchies. Sometimes these markings are inclusive, indicating shared backgrounds or affinities; other times they create or underscore social distances.

Dialect as includer or excluder

Gov. Jay Inslee is a gifted orator. He has clear diction and speaks in an eloquent manner befitting his office. His dialect, common to the Pacific Northwest and greater Puget Sound area, is frequently spoken by Seattle’s educated class. Yet his speech contains hints, or markers, of other regional dialects.

While attending the governor’s State of the State address, I heard him pronounce “kindergarten” as kend-ee-garten. The pronunciation, with its residual traces of the once common West Coast dialect that rendered “kinder” as “kend-ee,” is familiar to me as a native speaker of the Pacific Northwest dialect. I know this to be a regional marker, which I assume derives from specific past immigrant populations. To my ear, this variation is inclusive; for others, it may create social distance.

Last week I attended a hearing in which the Mayor of Sultan, Washington testified in support of a bill that would allow off-road recreational vehicles to drive on sections of public roads. As the mayor described the vehicles in question, she included motorcycles. She pronounced this word as many of the rural people I grew up with always did: motorsickle.

The committee chair interrupted the mayor, saying she was “really sorry Sen. [Don] Benton isn’t here, because he says it ‘motor-SICK-el.' You’re the only other person I know, besides Sen. Benton, who says it motor-SICK-el.”

“What do they call them?” asked the mayor.

The chair, laughing, replied: “Depends where you grew up, I guess.”

It is unusual for a person in such a position of power to highlight differences in dialect, especially when she is literally sitting up high in a Senate hearing chamber. The committee chair’s decision to focus on a rural Washingtonian’s correct (based on her regional dialect) pronunciation of this word marked social exclusion.

Even the words we use to describe legislative processes themselves are packed with anthropological meanings. The concept of a legislative body, for example, draws on common language to characterize an instrument (the legislature) imagined in cultural lore to serve some common good. Images of a “body politic” functioning, in either healthy or unhealthy ways, appear to hold deep meanings in American political culture.

And sometimes, it's what we don't say

Not all forms of communication studied by anthropologists involve language. For example, the physical size and temple like shape of the Capitol building, and the set up of legislative chambers and hearing rooms projects power dynamics. Established ceremonial arrangements – lawmakers sitting at a dais in front of and above those who come to testify – explicitly and implicitly mark relationships of power.

Anthropologists have also long studied body language as an element of culture.

Last week I noticed shifts in the body language of legislators sitting through House Judiciary Committee hearings on a measure that had to do with creating a cheaper, universal background check system for prospective renters. Current law allows landlords to charge prospective tenants for the background checks they run before granting a prospective tenant a lease. The fees can run as high as $80, and renters are required to pay them regardless of whether they are ultimately granted a lease. If denied, renters must pay this fee again when applying at a new rental. The bill proposes a more reasonable system.

While legislative members remained polite and professional throughout the hearing, there were visible differences in their body language as different members of the public made comments.

As one woman of color testified about the hundreds of dollars she paid in prospective renter background check fees (only to be denied a lease), several committee members averted their eyes, fidgeted and commented to each other. When she argued, dramatically, that “families don’t have time to wait for the market, or capitalism to satisfy its appetite for profit. They need help now,” lawmakers froze in a posture of attention. Whether they saw her statement as antibody or infection appeared to depend on their party affiliation.

Later, when a homeless vet spoke about the great expense and burdens of background checks, the committee members assumed a posture of undivided attention, denoting a different status for this speaker. At the conclusion of the vet's testimony, one representative raced to be the first to say, “thank you for your service,” before explaining why market forces likely limited the actions lawmakers could take.

Also last week, I observed what primatologists call a “fear grimace.” This facial expression generally signals anxious submission within primate groups. The fear grimace came from an apparently anxious legislator who, after presenting a bill to a legislative committee, lingered on the hearing room sidelines, flashing an exaggerated smile and making direct eye contact, head nodding, with the committee chair for almost 30 minutes. While all very polite, subtle and well within the range of accepted behavior, it suggested a relationship of dominance or perhaps some hostility lurking beneath the surface. 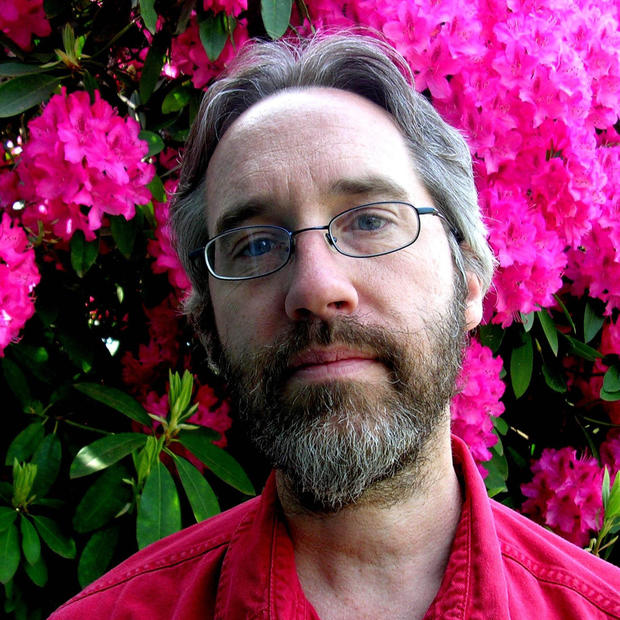