Enlearn is turning the math classroom into a place where students aren't left behind. Credit: Flickr user woodleywonderworks.

"You don’t feel like 'I'm finished' but 'I want to learn more,'" says Zoran Popovic, the Director of the University of Washington Center for Game Science. He is talking, of course, about math.

Right now, hundreds of Android tablets are stashed in rollaway closets spread over fourteen sixth grade math classrooms in five Seattle and Federal Way schools. These tablets are running a new kind of educational software dubbed Enlearn, built by a non-profit of the same name that the 46-year-old University of Washington professor founded in December 2012.

This relatively large ten-week trial is a follow-up to a five-day trial they conducted last spring, where teachers presented a short math curriculum twice: once with classic paper materials, and once with Enlearn.

The overall result may seem modest. A 2.5 percent increase in collective scores on exercise problems doesn't sound big. More important, though, is what that figure doesn't illustrate: During the trial, some students in the paper-based classroom were clearly falling behind.

The classroom powered by Enlearn had no such edge cases. At the end of the trial, every student had a firm grasp of the math concepts covered by the Enlearn curriculum. And that's after only five days of use.

Enlearn is playing in a busy playground. Enthusiasts and technologists have been heralding the digital revolution of the classroom for years. Bellevue-based DreamBox Learning has been building and testing individualized learning software since 2006, and they're hardly the only ones looking to digitize education. Yet the future is slow to catch on in the classroom.

But Popovic is no slouch. He is one of the creators of the massively popular game FoldIt that tricks regular folks into solving protein-folding dilemmas that stump professional-grade biochemists. He even earned a tweet from Bill Gates last year.

So what does he know that we don't?

First, that Enlearn is fun. Data from an early trial in Norway revealed that 42 percent of all the work done doing the challenge was completed at home without any additional prodding from teachers. And while observing a classroom trial earlier this year, one of Popovic's grad students saw a student shout "Yeah! I got another brain point!" And then: "I really tried hard on this one."

Enlearn presents the students with math problems, but rewards them with "brain points" for successful effort rather than simple completion. Part of the secret sauce is what Popovic says is an "iterative loop of feedback, on very short timescales." In other words, the student and the game both know immediately when the player gets something wrong. They don't have to wait to be graded.

"Learning means constantly creating models in your head about what's going on and trying different things," says Popovic, "but what we can remember at any point in time is limited, so if you can try a lot of things in a short amount of time it allows you to build and rebuild models quickly."

But Enlearn takes it one step further. Imagine a student working on a complicated problem. As they're going through it, the program realizes that they're making a mistake on one specific part. Whereas most learning software can recognize a problem point and take some kind of action — bump the student back down to the previous lesson, or provide a similar problem from a different lesson plan — Enlearn can create, from scratch, the simplest possible problem that contains this one key element, and give it to the student immediately.

This is one of the insights that make Popovic's system unique. It is born of his experience crafting FoldIt, which necessarily teaches the basics of protein folding to people who might as well be sixth graders when it comes to the topic.

"Enlearn very much evolved out of Foldit. That’s where I realized there could be completely alternative pathways to learning," says Popovic. Enlearn is designed to capture the entire gamut by being responsive to each student, and hitting the sweet spot of addictive entertainment normally reserved for triple-A Xbox titles.

"It's not shallow in structure like you get some badges or something," says Popovic when asked what kinds of game mechanics are behind Enlearn's fun. "When kids are really into a game, or it doesn't have to be a game, they're in this kind of zone. What the game is trying to do is adjust towards that kind of engagement."

Perhaps it's Popovic's experience with FoldIt that helps give Enlearn the magic touch, or maybe it's just luck, but either way, the data is raising eyebrows in the industry. One of the agencies that creates and distributes tests has reached out because of Enlearn's ability to dynamically create problem sets based on a static clump of original material.

Enlearn is structured as a non-profit, primarily so that Popovic and his team can forego profit-seeking behavior in service of their goal to "achieve mastery by 95 percent of the kids in any classroom, with any teacher, in any school."

Nonetheless there is a plan to draw revenue from their product, rather than living off of grants or donations. Enlearn's customers, and it's future revenue stream, will come from the publishers, like McGraw Hill, Pearson or Houghton Mifflin, that today create and distribute the paper workbooks students use in their classes. The hope is that they will begin to publish and distribute courseware via Enlearn for students around the U.S.

At the end of the day, these are not just gimmicks. Everything is designed to engage the player as much as possible, by hiding the math if necessary. Popovic and his team are experimenting with building word problems that can be solved mathematically, burying the numbers behind themed problems that the student can choose between.

"My daughter solved all the Harry Potter problems," Zoran says, "it's kind of like funny and weird fan fiction. She kind of laughed at some of them, but the point is that learning can be just as fun as anything else." 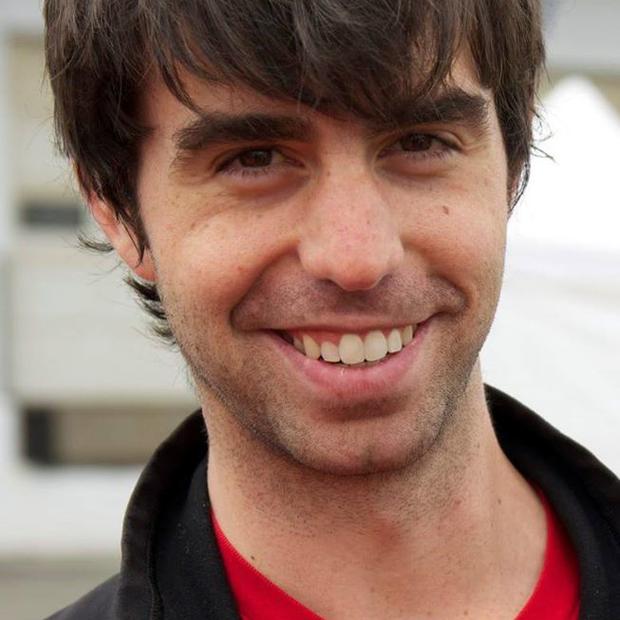 Jason Preston is a freelance writer and the co-founder of Dent, an annual retreat in Sun Valley, ID that explores the magic and science of visionary leadership and groundbreaking success. Named the top conference worth your time and money in 2015 by Entrepreneur magazine, and named one of the top conferences for women entrepreneurs in 2014 by The Next Web, Dent has featured presentations from Emmett Shear, Founder of Twitch.tv, Danae Ringelmann, Co-Founder of IndieGoGo, and Alvy Ray Smith, Co-Founder of Pixar.