When it comes to the 'smart city' designation, Seattle is an overachiever. Definitions of what exactly makes a city 'smart' vary, but they almost always include a place's conservation, connectedness, alternative transportation, walkability and a responsive, well-wired city government.

What that 'smart' designation leaves out: In most cities, and specifically Seattle, engineering for dogs may matter as much as engineering for bikes. (I don’t say this lightly; I’m a ride leader for the Seattle-based Cascade Bicycle Club as well as a dog owner).

That's largely good news for the Seattle area. There are health benefits to dog ownership: Owners are more likely to have a strong heart and lower cholesterol, and less likely to report feeling lonely.

Unexpected community benefits arise too. Some research suggests that dog parks and dog-friendly walk routes can help reduce crime because of the extra eyes and ears (and noses) on the street. Frequent dog-walkers in any given neighborhood tend to know each other and a simple search on Meetup.com for anything related to “dog” in Seattle turns up pages of information about groups related to therapy dogs, hiking with dogs and the love of over twenty distinct dog breeds.

So how are we doing on the dog-friendly front?

As it turns out, not too badly. For one thing, dogs in Seattle can ride buses. There are a few other cities where small dogs can ride on laps if they are in a carrier, and it’s likely that purse dogs ride buses unseen throughout North American cities, but it appears that Seattle is the only city that allows regular pet dogs of all sizes as long as they are leashed and well-behaved. Drivers do have discretion, and might refuse a Great Dane entrance to a full bus, but nonetheless this is a great perk for Seattle dog owners.

Seattle has a great animal shelter. The city recently invested in a significant renovation of the dog kennels, and the shelter staff work hard at education and outreach. The community reviews the shelter well, at nearly four out of five stars. Earlier this year, Mayor Ed Murray declared that “The welfare of the animals in the care of the city is a priority,” when he helped cut the ribbon on the newly refurbished shelter.

Dogs are welcome in most Seattle parks, and there are fourteen off-leash areas listed on the Seattle Parks and Recreation website. Just outside of the city, there are exceptional dog parks at Mercer Island's Luther Burbank Park and Redmond's Marymoor Park, which has forty acres of off-leash area. Forty acres. It might even be possible to ride the bus from Seattle to Redmond with your dog.

When parks are planned or changed, dogs could be better integrated into the new designs, with bigger off-leash areas and more attention to how people could walk to and from the off-leash areas. In some existing cases, dog parks have been added after the park was designed, leaving off-leash areas either too small, or too close to neighbors or other park users bothered by the noise of happy dogs running barking through the park.

Just as there are posted routes for bicycles or walkers in many areas, there could also be posted routes to encourage dog walking on routes where the sidewalks are wide enough for dogs and strollers to pass easily.

The greater number of working dogs presents both opportunities and challenges. Animal licensing centers could give working dogs a special RFID chip that validates their status for worried restaurant or theater owners.

These are only a few ideas. Seattle already partners with Citizens for Off Leash Areas, and there may be other dog-related stakeholders who deal with service dogs or athletic dogs (such as dogs who play flyball or practice agility). 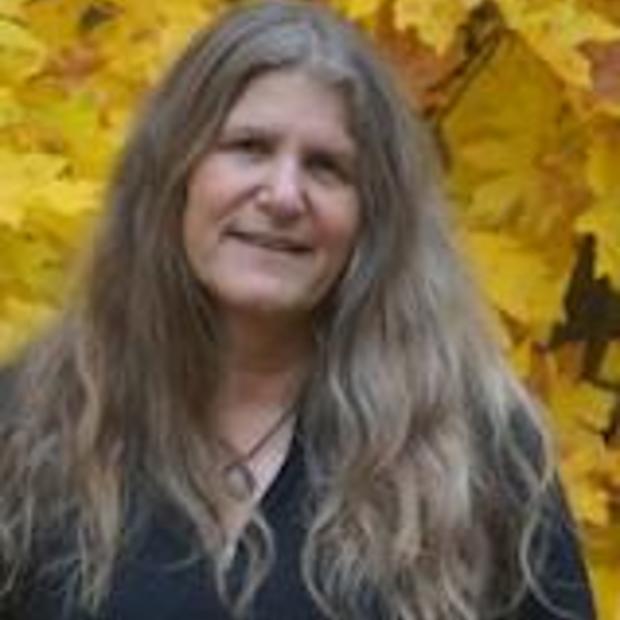 Brenda Cooper is the Chief Information Officer for the City of Kirkland, just across the water from Seattle. She is also an active member of the Cascade Bicycle Club and a dog owner, as well as a futurist and a frequent blogger about the environment. She writes fiction and non-fiction. Her next book will be Edge of Dark, from Pyr Book, in March of 2015.