The West Seattle jewelry artist too bold for his own hometown

Seth Damm in his studio, with a number of hanging Neon Zinn necklaces. The line is
named after historian and civil rights activist Howard Zinn. Credit: Andrea Coan

The softness and beauty of the glowing-white material instantly enticed Damm — a designer with the hands of a carpenter’s son — to start experimenting. It was this fast love that inspired Neon Zinn, a collection of vibrant, sculptural rope jewelry.

Today, fashion-forward individuals from all corners of the world — Brooklyn, Paris, St. Barth’s, New Orleans, Mexico, Brazil — are hitting the streets with ornate pieces of rope hanging from their necks. Solange Knowles, Beyoncé’s sister, has been carrying Seth’s designs at her shop in New Orleans, a fashion and lifestyle boutique named Exodus Goods.

Sometimes it’s hard to remember that all of these loud, colorful designs originally came from rainy Seattle.

Born and raised in West Seattle, Damm has considered himself an artist since his childhood — and he is well versed in the language of many mediums. After studying visual art and printmaking at Olympia’s Evergreen State College, he continued his career by delving into the realms of installation, performance and video art.

Still, because his father was a carpenter, Damm grew up with a love for the scents of raw materials, like wood and sawdust. It was the musty smell of the rope that would eventually draw him to the material.

It wasn’t until his post-collegiate residence in New Orleans that a friend asked Damm to put together a jewelry line for an upcoming fashion show. Up until that point, the thought of designing wearable art was a new one for Damm. Just a month before, work on an elaborate performing arts piece had dominated his life. He had only two weeks to make the project happen.

“I think all along, every step of my career has been about listening to the suggestions that come from the people I trust,” he said.

Damm’s work has undergone an evolution in the short time since he first picked up that box of rope. His earlier punk-rock inspired pieces — devoid of pigment and lacking coherent structure — looked nothing like his current necklaces. Struggling to overcome some of the darker motifs associated with rope, he looked towards color in order to mature his designs. He now hand-dyes every single one of his pieces, a process which can take anywhere from four hours to several days.

“These aren’t just accessories,” he began. “They are something that people can imbue themselves with. I use these necklaces as extensions of myself.”

Damm, who finds comfort in solitary work and considers himself a quiet person, says the necklaces help him show the more social, loud side of his personality. He wants his customers to use the jewelry to access the more extroverted, glamorous or mysterious features of their personas.

In order to continue challenging himself, Damm has collaborated with a number of local artists, including jewelry designer Jeri Warlick, a recent transplant from Little Rock. An architect by trade, Warlick decided to focus exclusively on jewelry-making over two years ago. Last year, Warlick and Damm created a line of five unique collaborative pieces.

“I liked the contrast between us,” she said. “Here I am, a woman, working as a metalsmith, and he’s a guy doing all of this delicate hand-dying of textiles. It’s very awesome.”

When he’s not in a state of wanderlust, traveling to places like Martha’s Vineyard and New Orleans, Damm works out of a studio space at Inscape Arts and Cultural Center, based in SoDo.

Tina Randalph, a good friend with whom he shared a studio at Inscape, says there’s a certain ease about working with Damm, who she describes as other-worldly and kind. Their time in the studio together could be spent in complete silence or an air of chatter and laughter, she said.

“He used to tell me that he was so happy to see that the light in the studio was still on, because it meant that I was still there,” said Randolph. “It was so sweet.”

Originally from Montana, Randolph is a self-taught artist who has worked with decorative and fine art.

“I think that he’s become a dear friend to many people in the community here,” said Randolph. “Even in the building, everybody would come by to see Seth. He’s touched a lot of people.”

With the help of online retailing and social media resources like Instagram, Damm has been able to curate an image for his brand and quickly establish a name for himself.  He’s already received the attention of huge retailers like Barney’s and Anthropologie and has spread his market-coverage to both L.A. and Dallas. Still, Damm admits that sometimes it’s been a struggle just to stay afloat and make ends meet financially.

Though he’s a Seattle native, breaking into the market of his own hometown has been most challenging. The large majority of Seattleites don’t like expressing themselves by buying and wearing extravagant pieces, he said. Many suggested that Damm’s designs were too bright for the industrial clout of the city.

“I feel like the city wasn’t embracing me and my work in a way that I needed,” said Damm.

In order to inspire himself again, Damm has spent the last couple months in New Orleans, where the costuming culture allows people to be loud and expressive with their fashion choices. In the Big Easy, he’s made fast friends simply by wearing his necklaces outside. For Damm, the air of New Orleans carries a certain foreignness to it. He wants to incorporate a similar kind of eccentricity and mystery into his work.

Next month, Damm will be traveling to Austin to show off his work at South by Southwest. His necklaces have already been worn on stage by musical artists like Big Fredia, Beat Connection and Thievery Corporation, but Damm wants to work with more performers in the future. And while he yearns to visit places like Tulum and Ghana to expand the visibility of his work, Seattle will always be home base.

“Seattle is sort of in my blood,” he said. “I don’t necessarily have to be around it all the time, but I feel like there’s always a part of me that is Seattle bound.” 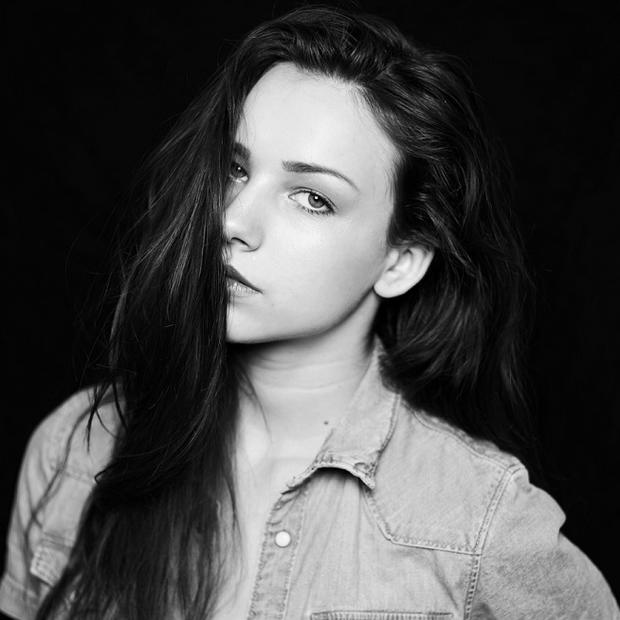 Ukrainian-born Kseniya Sovenko is a student at the University of Washington, studying journalism and sociology. A nationally ranked competitive ballroom dancer, she spends her free time at the dance studio. In addition to instructing dance, Kseniya works as the intern for Laud Social, a local startup focusing on helping brands connect through social media.