Washingtonians love halibut. Seafood is the regional cuisine of the Pacific Northwest, and halibut makes the top of the menu.

Wild-caught Alaskan halibut fetches a high price in Pike Place Market and makes a big splash on well-plated dishes in five-star Seattle restaurants. The living fish is an attraction as well. Thousands of Washington fishermen ply local and distant waters for sport, subsistence, and commerce in pursuit of the tasty Hippoglossus stenolepis, hoping for the behemoths that reach 8 feet long and 500 pounds.  In fact, Washingtonians have been fishing for halibut for millennia, since the Makah developed specialized čibu·d hooks (pronounced: cha bood); commercial fishermen from Ballard and other ports have been bringing the white fish to national markets for over a century.

The Pacific halibut may be an icon of our region, but over the past 10 years in the Bering Sea, it's become increasingly obvious that we aren't doing as good a job of protecting them as we should. A total of 62.6 million pounds of halibut were caught as bycatch, harvested unintentionally and thrown overboard dead. To compare, the hook-and-line fishermen targeting halibut only caught 69.7 million pounds in the same area over the same period of time. Also note, the fish intercepted by trawlers in the Bering Sea are on average smaller in size, because the area is a nursery and breeding ground for halibut.

Since the hook-and-line gear selects the larger fish that are willing to bite a chunk of bait, the 62.6 million pounds caught by trawlers actually represents a larger number of individual halibut. That means more halibut are thrown overboard and wasted in the Bering Sea than are caught for consumption.

This bycatch occurs when halibut are indiscriminately sucked up in factory trawlers’ gargantuan nets, which wreak havoc on the ocean floor with nets that engulf every species of fish and invertebrate in their path. The principal perpetrators of this wanton waste in the Bering Sea are a fleet of trawlers, 24 massive ships owned by just 10 corporations, that sell a few species of mackerel and sole to Asia for pennies per pound.

Halibut in the Bering Sea matter to Washingtonians because many of us fish for halibut in Alaska or eat halibut from Alaska, and would therefore benefit from a healthy Alaskan halibut population. But even more so, halibut from the Bering Sea migrate south along the entire Pacific Coast, so flatfish caught by trawlers in Alaska could have grown larger and ended up in Washington’s waters or along the West Coast, where halibut stocks have declined largely due to the bycatch problems in the Bering Sea.

Fortunately, there’s good news. The government entity with the power to regulate the trawlers, the North Pacific Fishery Management Council, is alarmed at the declining halibut population and is considering mandating that the trawlers reduce the amount of halibut they catch. Next month, the council will vote on bycatch reduction.

Even though the trawlers haven’t significantly reduced their bycatch for over 20 years, they’ve taken offense at any attempt to curb their waste and are raising a stink.

One of the biggest corporations in the trawl fleet, Fishermen’s Finest, is demanding that Gov. Jay Inslee intervene and impede the regulation of their industrial excess. The company is worried about lower profits if trawlers start fishing in a cleaner manner that doesn’t kill as many halibut. The industry claims that jobs will be lost if they have to abide by proposed regulation, but they ignore the benefits to Washington’s own halibut fishery, which is made up of hundreds of small businesses. Also, halibut is entirely processed and consumed domestically, so each valuable pound of halibut makes a far greater economic impact than a pound of trawled sole.

When the trawlers sweep up massive volumes of fish for free, they’re netting millions of dollars. They put that money to work by paying lobbyists and throwing hundreds of thousands of dollars around in state and federal elections. They’re even managed to convince our state Department of Fish and Wildlife, a typically science-based organization whose No. 1 goal is to “conserve and protect native fish and wildlife,” that it makes sense to kill native halibut for the chance to reap sole in Alaska that goes to Asian markets. Fish and Wildlife has a voice on the North Pacific council and often uses it to protect the trawler industry from interference. For example, in June 2012, Fish and Wildlife’s representative Bill Tweit motioned to delay reducing trawl bycatch. In June 2014, Tweit voted against establishing a target for voluntary bycatch reductions and then voted against evaluating a higher range of bycatch reductions, even though the expanded range had scientific support.

This June, the governor and the Department of Fish & Wildlife should direct Tweit to follow the best science, represent all Washingtonians, and vote for a major halibut bycatch reduction.

Washington state harbors the trawler industry but has not stepped up to take responsibility for the consequences of bottom trawling. Washingtonians have been stewards of fisheries throughout the North Pacific for over a century and we remain intimately tied to Alaska’s fish.

The waste of millions of pounds of halibut is not responsible stewardship; it is repugnant greed and waste. It’s time for Washington to stop the unsustainable management of this valuable resource. Gov. Inslee and the Department of Fish & Wildlife need to support action to reduce bycatch, so Washingtonians have halibut to eat and to fish in the future. 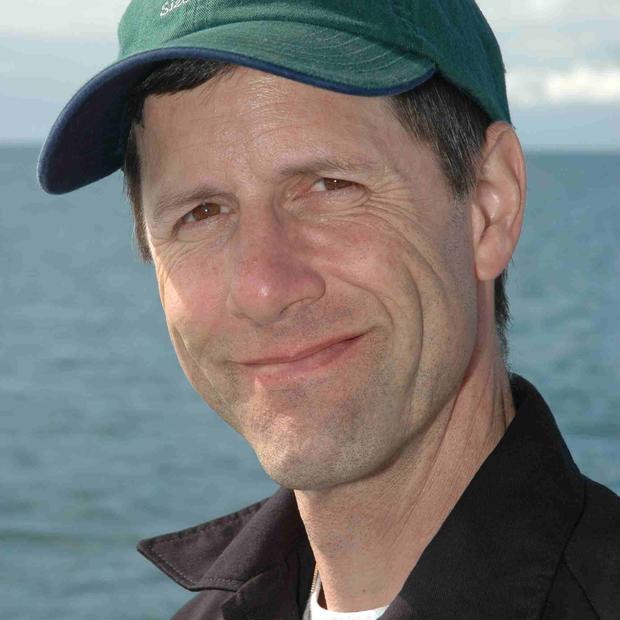 John Beath is a halibut fishermen who lives in Sequim, Washington. He is the editor at HalibutChronicles.com and GoFishMagazine.com, and is a past president of the Outdoor Writers Association of America. John brings other fishermen out on the water as a guide in the summers.