This architectural rendering shows the four-story University Commons building, which will bring 49 low-cost apartments for homeless youth and low-wage workers to Seattle’s U-District once it’s completed in mid-2016.

A University District lot strewn with dirt, rebar, and idle construction equipment stood as a place of hope on Tuesday. A project on the lot, officials said, is at least a small part of the answer to some of the city of Seattle’s questions around housing for low-wage workers and homeless youth.

Seattle’s political, business, and nonprofit leaders congregated in the U District on Tuesday to mark the groundbreaking for the University Commons, on Roosevelt Avenue NE at NE 50th Street.

Housing questions have risen to the top of the agenda for Mayor Ed Murray and other political leaders. Murray’s Housing Affordability and Livability Agenda committee is expected to come out with a report within a few months.

The University Commons is a four-story, mixed-use building that will feature 49 low-cost apartments for homeless young adults and low-wage workers, the new headquarters of the University District Food Bank, training programs and even a rooftop garden. University Commons features a diverse group of funders including the City of Seattle, the King County Veterans & Human Services Levy, the State of Washington, KeyBank, the U.S. Department of Housing and Urban Development, Impact Capital, the National Equity Fund, and the Wyncote NW Foundation.

Seattle City Councilmember Kshama Sawant said, “In reality, we should have 20 such projects. One is not enough.”

Sawant, who drew raucous applause from a progressive audience, dubbed affordable housing “our new battleground” for addressing “the deep chasm that exists in our city between the very wealthy … and everybody else who is looking to make a life in this city but is increasingly finding this city unaffordable.”

After construction is completed in the summer of 2016, some 20 to 22 of the apartments in the University Commons will be specifically set aside for homeless youths (ages 18-24) and managed by YouthCare, which runs an emergency shelter and various job programs in the region. Homeless tenants will only have to pay a rent equal to 30 percent of their income.

The rest of the studio apartments in the building will be priced between $400 and $650 per month, according to Sharon Lee, executive director of the Low Income Housing Institute, which is leading the project along with the U-District Food Bank. These studios are designed for low-wage workers entering the workforce.

Food bank Executive Director Joe Gruber said the project will triple the space of the existing food bank, which is currently housed in a cramped church basement. Lee and Gruber said that the food bank and the affordable housing portions of the building should have quite a bit of overlap. Many of the building’s residents are expected to use and possibly volunteer at the food bank, and YouthCare plans to run its barista training program for at-risk youth in the building, while also partnering with the food bank on other job and life skills programs. 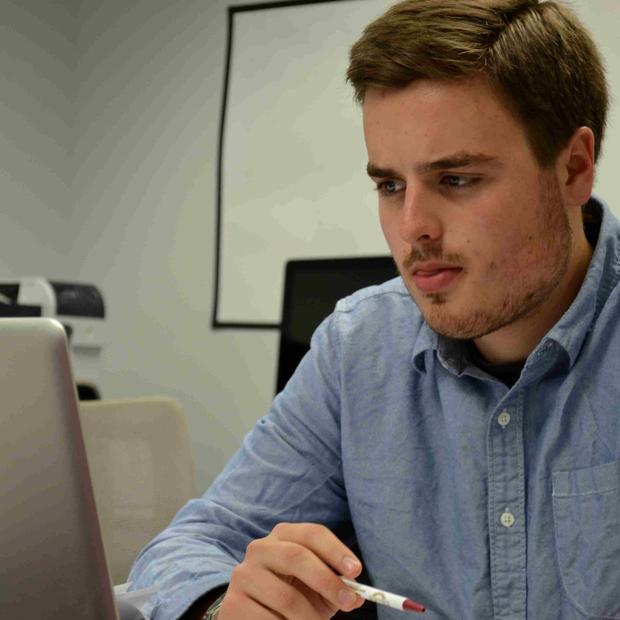 Rhys Heyden is a Seattle-based writer and reporter. He can be reached at rhysheyden@gmail.com.