How Puget Sound's past shapes its transportation future

You think you’ve got a better idea for getting around town? If so, you’re part of a long tradition of Seattleites reinventing how to move people and goods through a region challenged by its topography and shaped by economic opportunities.

With all eyes turned toward the future, it's worth asking: How did we get here? How will the Puget Sound region's transportation past inform its future? Is there anything to be gained from looking back?

Transit was top of mind for the first Americans to arrive in what became Seattle. The Denny Party, twenty-somethings from the Midwest, veered north off the Oregon Trail because they imagined a city at the nexus of sail and overland transport. From the rain-soaked shores of Alki in the fall of 1851, David Denny gamely messaged: “Come at once, there is room for 1,000.”

Reality moved more slowly than the pioneer’s dreams. When railroads reached the Puget Sound in 1873, the Eastern financiers controlling the lines chose to bypass Seattle, a decision that should have been a major blow to the young city’s ambitions.

But remarkably, most of the town was inspired by this bad news and made new plans. The next year, with bells ringing and shovels in hand, Seattle citizens voluntarily went to work to lay their own rail system, the grandly-named “Seattle and Walla Walla Railroad.”

The tracks stopped far short of Walla Walla. But the 22-mile line was clearly strategic, providing a direct link to the coalfields of Newcastle and Renton, making Seattle a West Coast coal capital and in the process setting off a major boom. The city’s first railcars carried coal from barges at the south end of Lake Union to coal bunkers that lined the central Elliott Bay waterfront.

The connection between economic success and urban mobility wasn’t lost on Seattle civic leaders. As early as the 1880s, entrepreneurs – Frank Osgood among them – teamed up to operate an improvised transit network of horse-drawn streetcars and cable cars. At the same time, Seattle docks became a port of call for hundreds of steamers in the ubiquitous “mosquito fleet” – a regional waterborne transportation network that connected outlying communities.

When the Gold Rush swelled Seattle’s population in the late 1890s, Joshua Green – barely in his 20s – launched a fleet of steamships to transport miners to the gold fields of Alaska and Canada. Back in the bustling city, a teenager named Jim Casey raced through town on a bicycle, delivering packages to the departing ships, a hyperlocal service that eventually became UPS.

The informal integration of transportation systems like these marked Seattle as among the most efficient, and most profitable, Gold Rush ports on the West Coast.

Among the first successful routes: the Seattle Electric Railway line from industrial South Lake Union to downtown, built under the guidance of 28-year-old Luther Griffith and completed in just five days. In the following decade, streetcar lines to Ballard, Greenwood, Rainier Valley, West Seattle and other “streetcar suburbs” criss-crossed the city.

By the early 20th century, the streetcar system had scaled, consolidated first by the precursor to Puget Sound Energy and then acquired by the City of Seattle in 1918. By 1936, the city’s Municipal Street Railway system operated 26 electric routes, powered by the nation’s first municipally-owned hydroelectric system.

The parallel growth of a network of street railways – connecting Seattle to Tacoma, Renton, Everett and other population centers – put a seamless transit system within easy and affordable reach of nearly every Puget Sound resident.

At the same time, Seattle built two major rail hubs: King Street Station in 1906 and Union Station in 1911. They served thousands of passengers and handled enough freight to catapult Seattle to the largest economy in the Northwest.

But it wasn’t just about rail. Other civic innovations targeted different ways to increase mobility and economic growth through transportation.

The dramatic leveling of the city’s hills allowed the city to easily expand the transit system – while city engineers lay a complementary network of boulevards and bike paths (built with the upcoming century of growth in mind). And on the water front, civic engineers began building the Lake Washington shipping canal in 1911, which aimed to connect the region’s growing industrial economy with Pacific trade.

In each instance, Seattle leaders bet on the efficacy of engineering and the value of transportation innovations.

What happened next is well–known and often lamented by transit planners. The rise of the automobile, federal investment in a national interstate highway system, and the growth of suburbia combined to render Seattle’s pre-War transit system less cost-effective and, for many politicians of the time, less attractive.

The emphasis on highways made short term economic sense: the extraordinary financial burden of maintaining the existing interurban rail system had vexed both the city and private operators almost from the beginning. By the early 1940s, the last streetcars had been pulled from service, scrapped and often replaced by trackless trolleys and buses.

Through the 1950s and 60s, transportation innovations focused almost exclusively on massive freeway projects, floating bridges and elevated highways, with only a few half-hearted attempts at transit – like the truncated monorail introduced at Century 21. King County voters rejected various mass transit plans in 1958, 1962, 1968 and 1970. Not until 1972 did voters approve Metro Transit, a regional all-bus system. And finally, a quarter century later in the mid-1990s, voters approved plans for light rail, which began to restore service that had thrived nearly a century before.

Even in light of King County’s late-century rejection of transit, the city that transit helped build is still largely with us. Seattle is still a city of strong neighborhoods, with a vibrant downtown and a thriving regional economy. If the early 20th century transit systems are long gone, their legacy is not.

The innovations of a century ago continue to provide a return on their initial investment. If history is a guide, it is safe to assume that investments in today’s transit systems will yield benefits a century from now and that, like yesterday, some fine innovators and thinkers to lead us into tomorrow.

Crosscut’s June 17 Community Idea Lab will look at building a transportation system for the 21st century. To register or learn more, go here. 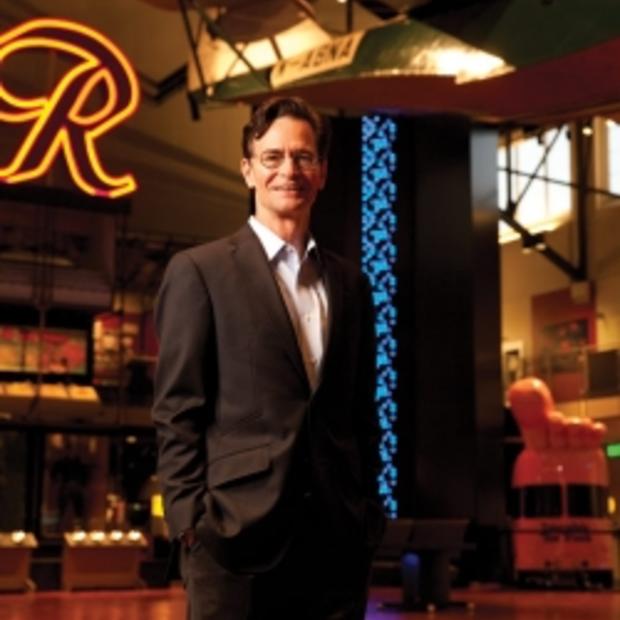 Leonard Garfield is the Executive Director of the Museum of History and Industry.