Getting teens to care about climate change

Activist Savannah Kinzer trying to make "the world in a better place."

Savannah Kinzer is a tenacious 18-year-old activist and my friend. We go to high school together at Seattle Academy where Savannah will occasionally be late to class because she is still leaning against her car, mesmerized by the shades of the sunrise.

Last month Savannah joined a grassroots campaign group called Carbon Washington. Its mission is to pass initiative I-732, which would create a revenue neutral, carbon tax in Washington State. The initiative would tax carbon-emitting companies and lower the state sales tax by 1 percent. It would also fund a tax rebate for working class families and all but eliminate the state’s Business & Occupation (B&O) tax on manufacturers.

“We really just want to start making a difference and fight climate change, because no one is really doing much policy-wise,” says Savannah, who has been collecting signatures for Carbon Washington as a way to help preserve the world she is so enamored of.

I asked her how difficult it is to convince people to sign a petition. “Much easier than I expected,” she replied. And I’m not surprised. In an environmentally conscious city like Seattle, I can’t imagine it’s too hard to convince people entering and leaving the PCC to save the environment. However, Savannah ran into some trouble when she tried to broaden her reach and engage teenagers. For some reason she just can’t seem to get kids our age to care.

She tried pulling them in with music, hosting a signature gathering workshop at last month’s Northwest Folklife Festival in Seattle. She invited around 100 young people; four turned out. “It sucked,” said Savannah, staring at the ground with wide eyes.  “I even made it a competition to see who could collect the most signatures and I had prize for the winner… it was a potted plant, a gift card and some candy.”

Part of the problem, says Savannah, is that high schoolers just don’t think they can make a difference. “They need immediacy,” she theorizes. Instant gratification. If the fruits of their labors aren't evident in the near future, teens don’t think the effort is worth their time. That's where incentives come in. It takes concert tickets or a mocha latte to get kids to look up from their cellphones.

Savannah has been visiting high schools around Seattle, giving presentations and educating students about climate change. But she rarely convinces any of them to collect signatures and, if she does, they often don’t deliver. She told me about one hopeful freshman who seemed really excited about gathering signatures. He called her weeks later saying, “well I got my parents but … I couldn’t get anyone else.” He got farther than most.

Ultimately Savannah’s attempts to engage youth are for our own good. Climate change is a real problem that cannot afford to go unchecked. “It’s going to affect us the most," she said. "It’s a mess that … even though we didn’t really create it, we have to clean it up. … To inspire future generations to make a difference, we have to show that we can make a difference.”

I know she's right. I recognize the problem. I'm part of it. I'm apathetic too. I would like to live in a world that’s not on the eve of its own destruction, but what am I doing about it?

I tried to understand where Savannah's dedication comes from. It started in childhood, she said, when she began to recognize how fortunate she was. Instead of taking her privilege for granted, she decided to use all the resources and opportunities at her disposal to create a better environment for everyone. “I promised myself that I would leave this world a better place than I found it,” she said.

That kind of attitude is increasingly hard to find in young people today. I just hope that for my sake and the sake of my peers, Savannah never stops fighting and caring about our future. 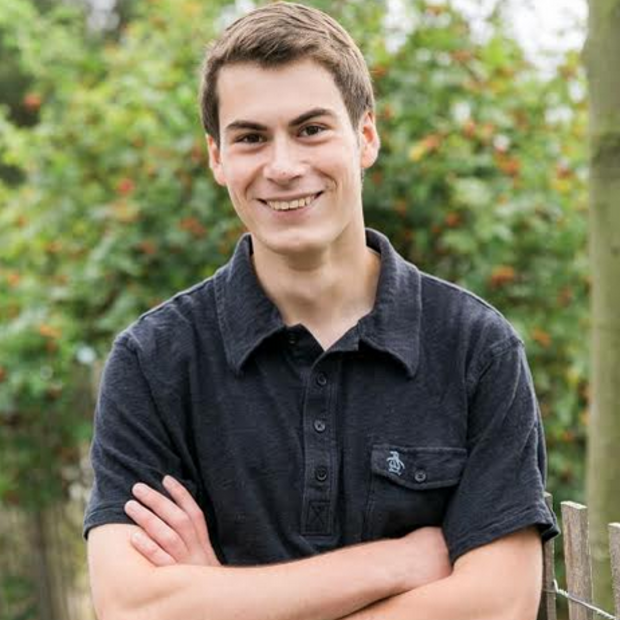