Work continues on parts of the waterfront tunnel, like these air ventilation stacks. But what if the tunnel is never completed?

The citizens of Washington and, in particular, Seattle are experiencing an unexpected drama: the construction of a waterfront tunnel. Bringing it to a decent conclusion may require some creative thinking.

This drama began back in February 2001, when the Nisqually earthquake damaged the Alaskan Way Viaduct seriously enough to initiate a series of examinations of either repairing or replacing it. In the following decade plus, a large sum of money was spent on studies, new legislation and referendums that examined alternatives for a solution and the means to pay for the work. A partial cast list would include: the Washington State Department of Transportation; consulting firms; experts (individuals and panels); three governors; and various Seattle mayors, city staff and City Council members.

I was hired in May 2010 by then-Mayor Mike McGinn and the Seattle Department of Transportation to conduct an independent risk assessment for the proposed deep tunnel project. McGinn had concerns about potential cost overruns, fearing that the City of Seattle, and its residents, would have to bear the cost of any project overruns for this state project. My report suggested, among other things, that the schedule and budget mentioned in 2010 was unlikely to prove realistic.

There is a lot of history behind the project, and the stalled state of its centerpiece, the boring of the tunnel. The competitive procurement process initially approved four bidding teams, but two teams dropped out (citing numerous factors) prior to bidding. WSDOT awarded a $1.46b design-build contract to Seattle Tunnel Partners (STP), an association of Dragados USA, Tutor-Perini and HNTB. They then contracted with Hitachi-Zozen to build an $80 million tunnel boring machine (TBM) required to create the 9,300 foot long, world-record diameter (57 feet, 4 inches) soft-ground tunnel. STP was not the low bidder, but was awarded the contract on the basis of its claim to finish the project a year ahead of the schedule noted by WSDOT. Tunneling began in the summer of 2013 with reasonable progress until something happened on Dec. 6, 2013 that stopped Bertha, as the machine is nicknamed.

Since this adverse incident, many meetings and discussions have taken place between and among all the project players. When the incident occurred, Bertha had completed only about 1,000 feet of the 9,300 foot drilling project, and it has only moved about 70 feet since. It is now in a repair-rescue pit undergoing extensive modifications. A joint statement by WSDOT and STP suggested that Bertha would resume tunneling in August, an unplanned 20-month delay (the state is about to announce a new schedule for resumption, according to the Seattle Times). Work continues on other contract tasks, and is being invoiced.

It is estimated that more than $1 billion of the contract value has been spent to date. However, only about 10 percent of the actual tunnel has been completed. Also, many of the claims/change requests submitted by STP to date have been initially rejected by WSDOT. WSDOT and STP noted in mid May that Bertha appeared damaged more than originally suspected.

The project has involved many intelligent, well-meaning people. These people can differ in their opinions, and come to different conclusions when presented with the same data and evidence. The approach to the design and construction of the work relied upon many proven methodologies, including the WSDOT’s Cost Estimation Validation Process (CEVP). The end result of all the studies suggested that the risks were manageable, and the work went forward.

The evidence today, however, is clear: The Highway 99 Deep Tunnel Project is not going well, and the project faces many complex, interrelated questions regarding its ultimate outcome.

The many project players are reacting in a variety of ways. The meetings between and among all the project players continue. Numerous theories have advanced as to what actually happened, on how long it will take to fix Bertha, and who will pay for potential additional costs. The list of things we do not know gives pause to any prudent observer. These unknowns include:

Without answers to these six points, considerable uncertainty exists going forward. Risk analysis and probability theory, along with other analytical schemes, contributed to WSDOT’s decision to launch the tunneling project. Having a Plan B in place would be a reasonable idea. Developing one may be underway, but little has been publicly said regarding options.

Perhaps looking at this situation a bit differently could be constructive.

Game Theory offers a different approach to resolving this situation. GT would term this situation a “dilemma,” i.e., a situation wherein unpleasant or undesirable choices must be made, to avoid the worst outcome. The current situation is not good, but it could get worse.

The worst outcome would be two completed tunnel portals, with all of the approach infrastructure in place, and no connecting tunnel. In complex dilemmas, players must make choices, know that others are also making choices, and realize that the outcome will be determined in some prescribed manner by all the choices made. GT searches for an optimum solution given the history, values and philosophies of the participants. It will not find the “best” solution for an individual participant, but can avoid the worst outcome for all the participants.

In many of these complex conflicts, the best that can be hoped for is to avoid the worst outcome. It appears that a fair number of citizens are angry at the current situation, even suggesting that abandoning the project might be a viable option.

There is evidence, however, that the majority are willing to wait until August 2015 (or whenever Bertha is “repaired”) and see if the project can move smoothly toward completion. Given the project history to date – i.e., the unprecedented 20-month delay, which could go longer – such an outcome might be considered unlikely.

It is time to have a qualified, and truly independent, entity review the details of the current dilemma. Perhaps the elected officials – Gov. Jay Inslee, Mayor Ed Murray, City Council members and others – who are charged with protecting citizens and taxpayers’s interests might look into an optimum resolution of the current problem or a Plan B. This drama needs an ending that isn’t a complete flop. 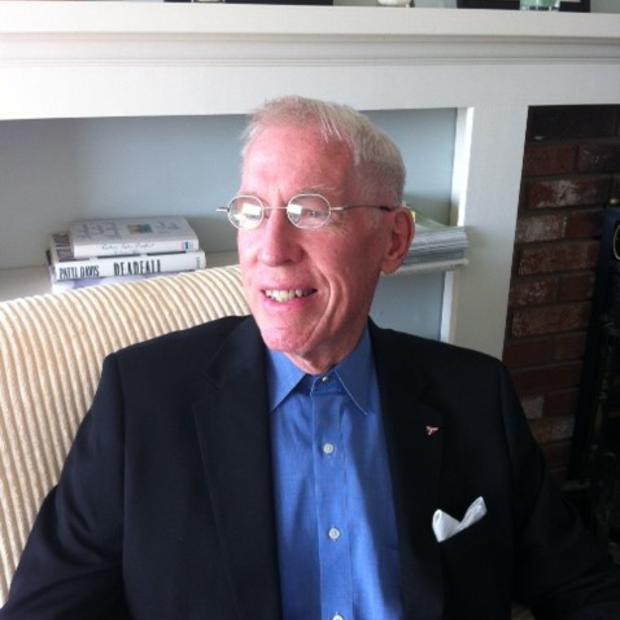 Thom Neff, Ph.D., is president of OckhamKonsult, a strategic infrastructure management consulting practice, based in Boston. He has been involved in research, planning, design, construction and construction management for complex urban infrastructure projects throughout the world, many of which involved tunnels in urban areas. He is the creator of the STEPS Approach to risk management, a process that integrates Social, Technical, Economic, and Political aspects of uncertainty to avoid adverse project outcomes.