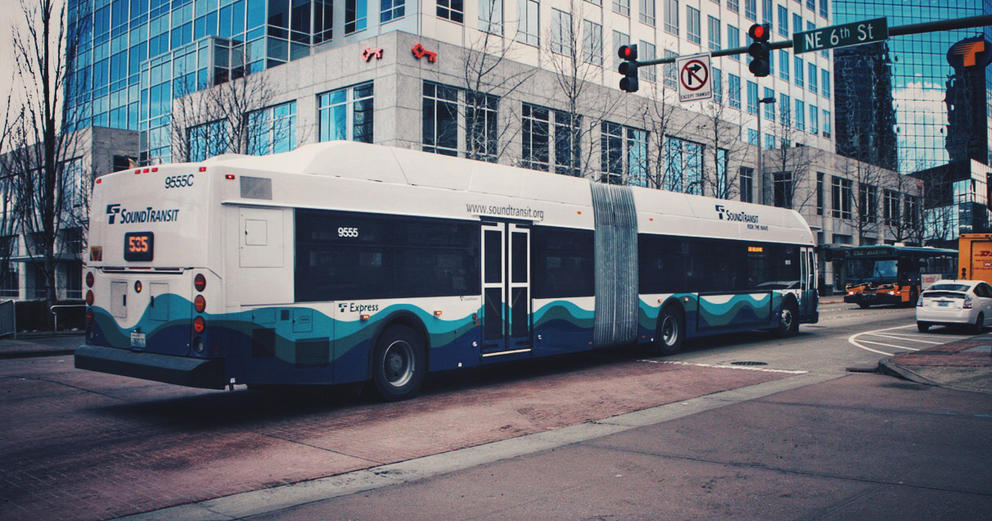 Dear Mr. Bezos... Seattle is changing. Fast. And Amazon, which could employ 70,000 in our city by 2019, is indisputably a major driver of that change. But where exactly are we headed? And what will life in our city be like when we get there?

These are questions more and more Seattleites are starting to care about, especially those of us who don’t bring in six-figure – or even five-figure – incomes. And these are questions Amazon has good reason to care about too, since what happens to our city and the people who live here will determine the sustainability of Amazon’s growth.

I think a lot about the future of our city through my work with the Transit Riders Union, an independent, democratic member-run union organizing to improve public transit in our region. Seattle is rapidly becoming a world-class city, and we urgently need a world-class transit system. But our transit infrastructure and service are struggling to keep up with growing ridership.

The problem is, the way we fund public transit in Washington State doesn’t work. Budget shortfalls have been a constant refrain for years, and transit riders have been forced to pick up the tab – King County Metro fares have doubled since 2008 and are now among the highest in the nation. With the passage of Seattle's Proposition 1 last November, Metro is adding bus service for the first time in years, but the new funding is hardly ideal: the city is going through costly and embarrassing contortions to make $60 car tab fees less burdensome to low-income car owners, while the 0.1% sales tax increase has deepened Metro’s dependence on this volatile revenue source, leaving us just one economic downturn away from another crisis.

This fall Seattle voters will be asked to approve the $930 million Move Seattle levy to fund long overdue transportation projects, from transit infrastructure to bike lanes and sidewalks to road and bridge repair. With luck it will pass – but legitimate concerns have been raised about a property tax increase of this size. In 2016, if the State Legislature can get its act together in time, we’re also likely to see a ballot measure for Sound Transit 3, to extend our regional light rail system to the tune of up to $15 billion from – you guessed it – some combination of sales tax, property tax, and Motor Vehicle Excise Tax (MVET).

What is conspicuously absent from this funding picture is any significant contribution from big employers like Amazon. Along with every other major employer in our region, Amazon depends heavily on our taxpayer-subsidized transit system. Buses and trains carry Amazon workers to work and ease congestion so that all those Amazon Prime deliveries can be rushed posthaste to customers' doors. Amazon’s explosive growth is placing new demands on our transportation system that will require significant public investment and ongoing expenditure of public resources. We are all subsidizing Amazon's success.

That’s not to say that Amazon has done nothing. Amazon funds some service on the South Lake Union Streetcar that loops around its campus, and buys ORCA passes for employees rather than sequestering them in a private bus fleet à la Microsoft. And, perhaps recognizing that threatened bus cuts would spell disaster for its commuters, Amazon gave $25,000 to the unsuccessful campaign to pass King County’s Proposition 1 in April 2014.

Such gestures are welcome, but they are not commensurate with the need, or with Amazon’s outsized impact on our region.

Amazon's growth is profoundly shaping our city and our quality of life. By bringing many thousands of high-paid tech workers to our region, Amazon is contributing to rapidly rising rents and costs of living. A full-time worker in King County must now earn over $27 per hour to afford a market-rate 2-bedroom apartment. For low- and middle-income households, too often this means displacement. At the very least it means less money left over for transportation expenses such as bus fare or gas money, compromising our mobility and narrowing our opportunities.

Amazon's planned development in Block 21 of the Denny Triangle neighborhood, for which they are requesting to privatize a public alley, includes underground parking for 835 vehicles. Traffic congestion in this area is already terrible, and Seattle has the fourth worst traffic in the country. We simply cannot continue to cram thousands more cars onto our roads. We don’t just need more public transit, we need a lot more, and fast.

These are problems Amazon and other big employers should care about, and not only as a matter of social justice. Ultimately, rising inequality in our city does not bode well for Amazon’s future. Amazon needs low-wage janitors, security guards and restaurant workers to be able to live near enough to commute to its campus. And gridlock simply hurts the bottom line.

So, what’s the answer? Until our state's notorious tax system gets the overhaul it desperately needs (and next time, Mr. Bezos, we'd appreciate it if you didn't actively oppose this effort), it's up to local governments to step up and do what they can. Portland's Tri-Met and New York City's MTA are funded partly by a tax on employers, based on their gross payroll. Here in Seattle, the city could pass an Employee Hours Tax on businesses to help fund public transit. Amazon's public support for such a measure would be a great boon.

But Amazon could do so much more. Amazon has an opportunity to set an example here in Seattle, to show how a major corporation can give back to the community that sustains it. How about making an annual contribution to Metro’s operations, putting more buses on the roads and challenging other big employers to step up and do their part too?

Or, how about taking a page out of Google’s book? We recently learned that in San Francisco, Google is covering the costs of free transit pass programs for low- and moderate-income youth, seniors and people with disabilities. This action is a welcome acknowledgment of the growing impact of their company on the surrounding community and the transportation system in particular.

Amazon could make a similar gesture here in Seattle. On March 1st of this year, King County Metro implemented the new ORCA Lift low-income fare. This program is a welcome relief for thousands of cost-burdened transit riders. But on that same day, Metro raised fares for everyone else, including low-income youth, seniors and people with disabilities. Access Paratransit riders took the worst hit, with a fare increase of $0.50 per ride or $17 per month. Apparently, Metro couldn't keep all the buses on the road without nickel-and-diming the most vulnerable members of our community.

How about covering the costs of the ORCA Lift program? This is one simple way Amazon can contribute to the public transit system they depend on, while helping to ensure mobility for the low-wage workers who must commute to work in the South Lake Union and Denny Triangle neighborhoods. And it would free up money in Metro's budget to expand service and lower fares for all riders.

Last month, I read that your private space flight company Blue Origin had recently launched its first test flight. While you're pursuing the goal of “making spaceflight more affordable and accessible”, how about helping to ensure that all of us here on the ground in Amazon's home city can afford the most basic kind of mobility, the freedom to get around our city by bus? And how about helping to expand our public transit system and cut greenhouse emissions, so that your future space tourists have a habitable Earth to come back to?

Ultimately, Amazon's responsibility to be a good neighbor extends further than building amenities on and around their corporate campus. Amazon has a responsibility to the workers they and their sub-contractors employ, and to the wider community that is impacted by their growth. I hope you’ll consider these ways of giving back, setting an example that other big corporations and institutions can emulate, and making Amazon a neighbor that our city can be proud of.