Billy Duss, a volunteer at Seattle Neighborhood Greenways, bikes from Hillman City to Belltown every day. The most direct route would be down Rainier Avenue, but fast drivers weaving in and out of traffic and the lack of marked bike lanes force Duss to take a detour.

“I add probably an extra two miles in a seven-mile ride to stay on the right lanes and the safe streets,” Duss said. He bikes all the way up Beacon Hill, drops down into downtown, and then takes the protected downtown bike lane on Second Avenue. “It would be a lot easier to stay in the valley and down Rainier, but that’s unsafe. I’ve biked Rainier a few times and I feel like I’m taking my life into my own hands.”

Fred Quarnstrom, a dentist on Beacon Hill, would prefer that cyclists like Duss stay off of Rainier and out of the way of drivers completely. “I was on Seward Park Drive and Henderson one Sunday morning, and I watched 105 bicyclists run the stoplight and the stop sign. They were passing cars on the right and left, and it scared the hell out of me,” said Quarnstrom. He imagines a catastrophe: a driver turning right and failing to see a bike passing on the right, leading to a dead cyclist — and a driver in jail.

These views provide just one example of the polarized debate around bike infrastructure in Seattle. As collisions and fatalities continue to occur (there have been at least two cyclist fatalities in the city this year), the city faces an uphill trek trying to make the roads safer for all, while quelling the angst the "car vs. bike debate" is causing.

In February, city leaders launched Vision Zero, a campaign to end all traffic deaths and serious injuries on city streets by 2030. The plan focuses on three categories of improvement: street design, policies and regulation; education and public engagement; and enforcement. The city is also working to install seven miles of protected bike lanes, 12 miles of neighborhood greenways, over 40 crossing improvements and 14 blocks of new sidewalk in 2015 as part of the Bicycle Master Plan.

Should Seattle voters approve the Move Seattle transportation levy this November, the project proposes to build up to 50 miles of protected bike lane segments connecting through downtown and new neighborhood greenways in the next three years. Other strategies for improving Seattle’s “bikeability” include installing 1,500 bike parking spaces, encouraging businesses to install bike racks and enhancing bicycle commute programs available to employees.

Through these programs and changes, the city aims to improve safety on Seattle’s busy streets. Seattle Department of Transportation (SDOT) Traffic Engineer Dongho Chang said officials are looking at what they can do at Seattle's most frequent collision spots.

The issue of biker safety has existed for some time, but awareness has grown. On August 29 last year, Sher Kung, a young mother and attorney at a major law firm, died in a collision on Second Avenue as she was biking to work. Since the accident, which galvanized public attention, the downtown street has seen many changes, some of which were hurried up as the city reacted to the accident.

“Second Avenue was one of the least pleasant, most dangerous commutes into downtown,” said Jeff Aken, Advocacy Director of Cascade Bicycle Club. “Now it is one that feels much, much safer with protected bike lanes and bike signals.”

With Second Avenue in better shape, other streets and intersections with high collision rates increasingly stand out as places where improvements are needed. Those include the intersection of Eastlake and Fuhrman Avenue East just south of the University Bridge; a stretch of Fremont Avenue north of the Fremont business district; the intersection of Boren and Pike just east of downtown; and two intersections north of University Village where the Burke-Gilman Trail crosses street traffic. The Eastlake-Fuhrman intersection had a fatal crash in 2007, and another cyclist died in a 2012 collision at Boren-Pike.

Overall, the city's most recent annual traffic report shows 367 bicycle collisions that resulted in injury or fatality in 2013. That was up somewhat from the year before, part of recent rises that seem to reflect more miles of bike travel.

For some of the city's most dangerous intersections, changes are already planned. For example, at Eastlake and Fuhrman Avenue, drivers are currently permitted to turn left with just a green light. Chang said the city is looking to change that intersection to allow left turns only with a green arrow.

There is nothing in the works yet to change the dangerous Fremont location between North 36th and 38th streets. But nearby, the city is looking to better connect Fremont Avenue to the Burke-Gilman trail on 34th Street.

“The intersection of Boren Avenue and Pike Street is a difficult location for everyone, as space is really tight,” Chang said. The city’s larger Pike-Pine corridor planning could provide ideas to serve bikes and other modes of traffic better. “Once we have the high priority corridors identified, we’ll be working on the design and the funding,” he said.

A series of changes has already occurred in the past year at 25th Avenue and NE Blakeley Street. The crosswalk was widened and the right turn is now controlled, so drivers going right are no longer turning in front of bikers and pedestrians. Chang said the city also installed a raised crosswalk at 30th Avenue NE, where the Burke-Gilman trail connects with an entrance to University Village.

To the happiness of Billy Duss and the chagrin of Fred Quarnstrom, Rainier Avenue is also about to see many changes. This year, a test area almost a mile long will be transformed from two lanes in each direction to one lane in each direction with a center turn lane. There will also be longer pedestrian crossing times at all signals and a strict 25 mile per hour speed limit will be enforced by increased patrols. Future plans include creating designated bike lanes in 2016.

At the Rainier Valley Transportation Improvements Open House on July 30, Quarnstrom expressed his frustration with the new design: “Coming here tonight, I passed 76 cars and one bicycle, and yet we’re giving up half the street.”

There has also been some grumbling about the city’s plans in and around downtown, where SDOT is now looking at extending the Second Avenue lane and connecting additional protected bike lanes to it. But there is also support. “A comment that we get a lot is that [the improved street] is really nice but needs to be better connected,” said Chang. “We’re looking at installing protected bike lanes on Dearborn, which will connect southeast Seattle into downtown.” The Dearborn updates are in the city’s implementation plan this year, and then there will be a push to extend the Second Avenue portion to the north and the south.

While some drivers argue that bike improvements have slowed car travel, the city says the effect is minimal, if not non-existent. Downtown, Chang said, “It’s really around the PM peak that we get heavy loading, when everyone leaves the parking garages at the same time at the end of the day.” On Second between Stewart and James, city figures show only a 45-second slowing for cars at 4 and 5 p.m. At 6 p.m., the delay is one minute and 45 seconds, but by 7 p.m., the flow shows no slowing compared to traffic movement before the bike lane was installed.

In the past year, the city has seen a significant increase in people using the Second Avenue bike corridor. “Before [the changes], our daily count of bicycle riders there was about 272 southbound riders in a day. Right after we opened up the new lane on September 8th last year, we had about 1,100 bicycle riders. That’s almost a 300 percent increase in riders on Second Avenue,” said Chang. On bike-to-work day in May, the count was 1,680 riders.

“If you go out and observe the type of riders on Second Avenue, it’s very much a mix of users. [The changes] opened up the street to a much broader group of people,” said Chang. "There is everything from confident riders, to mothers with kids in the back, to visitors taking in the city."

However, on other streets, the city still faces challenges with attracting more casual riders such as older residents, younger children or people commuting by bike for the first time.

Marley Blonsky has been biking regularly around Seattle for the past two and a half years. “I’ve found a really great community through biking and I feel like it’s made me more connected to the city. You see everything at a slower pace. You can stop and pull over and go to businesses, which you couldn't necessarily do quite so easily if you were in a car or on a bus,” she said.

However, the current state of Seattle’s bike infrastructure tends to put a damper on Blonsky’s enthusiasm for biking at times. “It’s pretty pitiful, in all honesty. Trying to make a connected route on safe streets is next to impossible. I had to ride down to Georgetown the other day, and there was literally no safe way for me to get there. I was on Marginal Way at one point and it was probably the scariest half-mile of my life.”

She added, “The disconnectedness is what’s most frustrating to me—a bike lane just ends and spits you out into traffic.”

Cascade Bike Club’s Aken said that upcoming projects will help specifically with that issue. “Having a network that connects to and through downtown will really help get more people on bikes, because a lot of people don’t feel comfortable riding downtown yet.”

Aken acknowledges that the change from primarily vehicular traffic to having more modes share the street will be a hard transition, but says it is ultimately something we need to do to make it easier for everyone to get around. 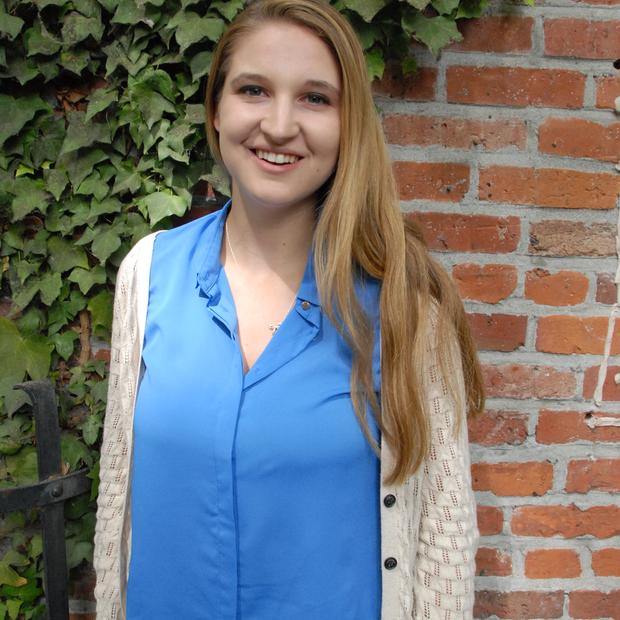