In early 2014 my neighbors and I noticed that Seattle’s Department of Planning and Development had posted a placard on the two-story building next to ours, notifying the public of its demolition. In its place a 11-story, 120-foot-tall building with 199 apartment units would be built. I later found out that the existing 105-year-old building — a building that had been used as a terminal for storage, delivery, and later parking, had been deemed “non-contributing” to the historic neighborhood. This designation might apply to several buildings in the Square, and allows for their demolition.

Ironically, Pioneer Square is — or was — protected. It was saved from urban renewal in 1960s when Seattle proposed leveling the old buildings and turning them into parking garages for the downtown corridor. Citizens such as Victor Steinbrueck and Bill Speidel came together and got the district listed on the National Register of Historic Places in 1970. Today there are signs around the Square, designed so tourists can appreciate how many buildings were saved with this effort, but also which were lost.

For example, the Old Seattle Hotel – a gorgeous, triangular building – was torn down for an ugly, concrete “sunken ship” garage. With such a reminder of the folly of short-sighted development, commemorated by a placard on the street, no one ever believed they’d have to fight for Pioneer Square again.

But in 2011, as part of a citywide rezoning effort, Seattle’s City Council rezoned Pioneer Square in such a way that heights no longer stepped down to the waterfront. Instead, the maximum height wrapped around the outside of Pioneer Square, right up along the waterfront to an allowable 120 feet. The pre-1900, historic registry building next to it is the largest on the block, at 65 feet. Buildings on adjacent blocks max out at 85 feet. No building comes close to the footprint of this single structure. The cubic volume of the new structure would be three times the size and mass of the largest building in the core of the Square. It will be a wall along the waterfront.

Despair struck the residents of my building and other residents in Pioneer Square when we realized what was being proposed. We were astonished and bewildered. We plunged into our effort, naively believing we could immediately change the course of this development. We believed we would have the support of every citizen who heard the news of this project.

Within City Council, only four of the members responded in any way to our outreach. Sally Clark visited us in the Globe Bookstore for a discussion and tour of neighborhood. Sally Bagshaw and Nick Licata saw us personally, and Mike O’ Brien sent a representative along to say the councilman had no interest in revisiting height-related issues. That the majority of the council had no response to both the dominant Seattle issue (land use and density) and consideration for Seattle’s historic district was demoralizing.

Our neighborhood experience was demoralizing as well. Most interesting was the divisiveness that land use has caused among Seattle citizens. On the online site NextDoor, we had people from Belltown and other neighborhoods criticizing us for not fighting when the condos went up in their neighborhoods. Even worse was this vindictive response from multiple people, “Stop complaining. It happened to us, and now it’s going to happen to you. There’s nothing you can do.”

Neighbors will sign petitions, but most are uncomfortable speaking or attending meetings. Merchants will sign petitions, but many are intimidated by business organizations like the Alliance for Pioneer Square (whom they support through a required business tax) and fear retribution. The business-oriented Alliance has wrongly sided with this development from the beginning, bringing into question their commitment to the irreplaceable attractiveness of Pioneer Square and its importance to heritage tourism.

Understanding this process was initially only possible through my friendship with some attorneys and architects. We asked questions, took advice (“focus on the code”), and ultimately drew the same conclusion. The Department of Planning and Development (DPD) is too closely aligned with the developers. They suggested we focus upon the Pioneer Square Preservation Board (PSPB). The developers cannot build without a Certificate of Approval as issued by the Pioneer Square Preservation Board, we were told. No certificate, no demolition.

The PSPB is a 10-member, all-volunteer board interviewed and hired by the City of Seattle. It is comprised of four architects, a lawyer, two residents, an advocate for our homeless shelters, and another professional. Oversight of the PSPB is through the Department of Neighborhoods (DON), another layer in this bureaucracy, but an essential organizing force in the Seattle’s community government.

The Pioneer Square Preservation Board was an appropriate alliance because they are all volunteers. Like us, they are contributing because they care. We have gained great respect for them because though they are unpaid, they have listened carefully to all arguments.

The most consistent part of this process has been the developers and architects. From start to finish, they’ve been extraordinarily well-mannered and prepared on one hand, while disingenuous on the other. When told their structure is monolithic, they change the brick color to one unlike any existing nearby structure to make it more “subdued.” They release their most recent designs and briefs one or two days prior to the meeting. Without any announcement, they publicly post their designs and briefs not to their company website, but to a random, little-known site such as Issuu.com and then change the upload to another little-known site such as Hightail.com. They use compatibility studies showing how their building compares favorably to buildings that have not yet been approved for construction. Obviously invalid, these red herrings successfully disorient. Every action seems intended to evade, elude, and fool the public and the boards. It is a demonstration in the opaque.

On July 8, they arrived to a PSPB meeting with a new surprise, stating they will commit 20 percent of their proposed building to affordable housing. That stood in contrast to their DPD application that stated “high to middle income.” This was clearly intended to gain favor, but such commitments are non-binding.

Some have suggested we try to negotiate with the developers. In 18 months, they’ve never budged on reduction of scale, in spite of the fact that the PSPB declared the building “monolithic” last December. Negotiating does not seem to be their intention. Wearing us all down — or practicing sleight-of-hand by changing brick color and window size — appears to be.

We’ve seen the Alliance for Pioneer Square act only in alliance with the developers. We’ve heard their director tell the Pioneer Square Preservation Board that none of this is under their purview. Of course it is, via SMC 23.66.180B: “Scale. Exterior building facades shall be of a scale compatible with surrounding structures. Window proportions, floor height, cornice line, street elevations and other elements of the building facades shall relate to the scale of the buildings in the immediate area.”

Such grandstanding is disrespectful and inappropriately dictatorial.

The DPD fast tracked the developer’s project on June 11, issuing a decision without the requirement of an Environmental Impact Statement. The building will be on liquefaction and on a fault. How can the DPD reject an EIS. when we get periodic journalistic reports of surrounding historic buildings sinking due to the construction of the Seattle Tunnel, and when all buildings in the area have vibration monitors upon them?

Sadly, with this determination by the DPD, the City of Seattle is now officially aligned with developers. Though this reality has always been my suspicion, I certainly didn’t see this coming. At our prehearing in early July, and we sat on the opposite side of the table from the developer’s land use attorney and the representative from the DPD. We requested an amendment of the agenda to clearly include an evaluation of height, scale, and bulk (Section 25.05.675G). At that request we saw a great sea change in their friendly attitude, and their land use attorney vehemently objected. Curiously sensitive to that discussion, it seems. The final DPD hearing is Sept 29.

And so as it goes, we go. The Pioneer Square Preservation Board rejected the Certificate of Approval on July 15 in a 7-1 vote. That ruling is our victory. The shocking , and possibly unprecedented, decision by the Department of Neighborhoods to overturn that ruling two weeks later is Seattle’s loss. This new decision by the city has been appealed. This structure at 316 Alaskan Way will be as damaging to our history as the razing of Pioneer Square’s Seattle Hotel in 1962.

We have traveled the great maze of process and bureaucracy, encountered the many faces of politicians and attorneys, and met and befriended neighbors and merchants with the hope that those relations remain as real as the stone and brick of Pioneer Square. We wear labels like badges of honor, and we note the arbitrary concessions of our opponent to appease the skeptics. We sense progress. At times frustrating, at times expensive, but at all times a great and fascinating education, and a sense of being a “contributing” force to both Seattle’s history and future. 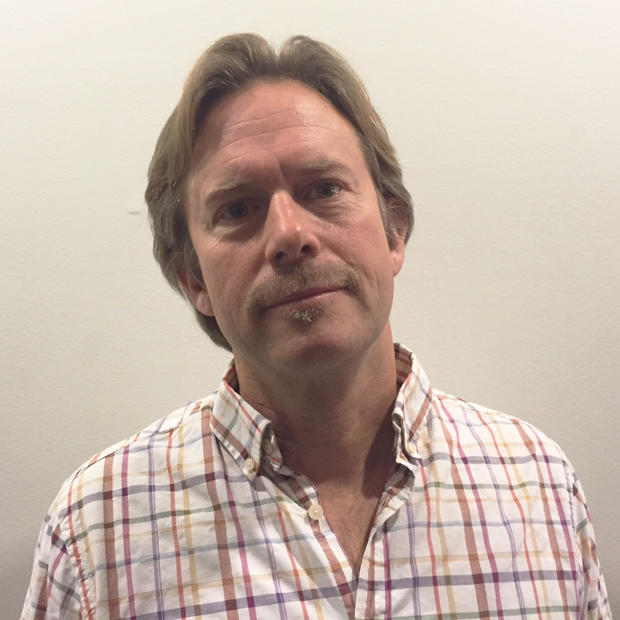 Greg Aden is a resident of Pioneer Square, For more information on his campaign against the development at 316 Alaskan Way S., visit http://saveoursquare.org/.