'The really big one': What to expect, how to be ready

Since the Nisqually earthquake of 2001, Seattle has spent a great deal of time and resources on improving the city’s infrastructure in the event of an earthquake. Because earthquakes—unlike hurricanes, tornadoes and volcanic eruptions—remain nearly impossible to predict much in advance, the next best thing is to prepare oneself for an earthquake and have a plan in the event that it happens.

Crosscut sought the opinions of a number of local and regional experts on the issue of a Seattle earthquake. Cited in this piece are Barb Graff, director of the Seattle Office of Emergency Management (OEM); John Vidale, network director of the Pacific Northwest Seismic Network (PNSN) and seismologist and professor at the University of Washington; Matt Auflick, education & outreach coordinator at the city OEM; and Chris Goldfinger, a professor, oceanographer and seismologist at Oregon State University and world-renowned expert on subduction zone earthquakes. What follows is a summary of what we know about the earthquake and how you can prepare yourself for it.

One of Seattle’s key developments, passed in 2003 and started the following year, was the Fire Facilities and Emergency Response Levy, which dedicated $167 million to renovate and earthquake-proof the city’s fire stations, as well as adding emergency generators and supply caches around the city. The measure was passed in direct response to the Nisqually earthquake.

Barb Graff outlined plans for the Cascadia Rising exercise, slated to happen next year, which will put earthquake response systems to the test in the city and across Washington and Oregon.

“In June next year, a lot of different governmental and military partners are going to come together and practice for an earthquake exercise,” Graff said. Cascadia Rising, which some officials say will be of "epic proportions," is the first real large-scale earthquake drill for the region. “This is an opportunity for multiple levels of government, businesses, schools and the military to all practice together.”

The PNSN is also at work on an earthquake early warning system, akin to Japan’s. This system will use seismometers and GPS units to measure the ground’s motion, then transmit those readings to people through their cell phones, like an Amber Alert. Depending on the closeness of the quake, the warning could come anywhere from a few seconds to a full minute or two before the shaking reaches land. John Vidale of the Seismic Network hopes that it will be out within the next few years, but there are still questions to be answered.

“It might be an incremental thing, where within a year or two, and we’re comfortable with it, we can let out what we have, and be improving it to the state it ought to be,” Vidale said, referring to the possibility of releasing an incomplete but functional version of the system. “But we really have to wait until we’ve secured long-term funding.” It is estimated that it will cost $16 million per year to implement such a program along the West Coast; of that sum, Congress has only allotted $5 million, according to Graff. Further funding may be contingent on whether Congress can balance the budget.

But there is still plenty of room for Seattle and the state to improve. The replacement of the Alaskan Way Viaduct with a tunnel has been plagued by numerous delays and controversies, and is at best a few years from completion. The viaduct was damaged in the Nisqually earthquake, which clocked in at a 6.8 magnitude; WSDOT released a video in 2009 predicting the damage it would suffer in even a slightly stronger earthquake.

The two greatest threats that Seattle will face in the earthquake both have the potential to cause large-scale loss of life. The first of these is building collapse. Seattle has more than 800 buildings that consist of unreinforced masonry (URM), which are most prone to structural failure during an earthquake. While the buildings in question—apartments, offices, coffee houses—can be found all over the city, they are most clustered in the Pioneer Square, University and Pike-Pine districts. Whether or not the city will summon the will to mandate that these URM buildings—typically brick or stone—be structurally revamped remains to be seen, although such plans have discussed before.

Newer buildings are less at risk. Since 1975, Seattle building codes have required that all edifices be built to withstand higher-magnitude earthquakes. However, “earthquake-proof” buildings do not necessarily need to be usable following the quake—they just have to not fall over.

The other equally serious issue, however, can’t exactly be fixed.

“A lot of south Seattle has soft, water-saturated soils, especially down by the port,” Vidale said. “That’s a recipe for a lot of liquefaction, which would require extensive repairs and take a long time to do.”

It is estimated that 15 percent of Seattle sits atop liquefiable soil, which, true to its name, behaves as a liquid when the earth shakes. Buildings that sit on top of liquefiable soil are at risk of sinking into the ground or collapsing altogether. Areas most prone to soil liquefaction include SoDo and Rainier Valley, among other south central neighborhoods, as well as some areas north of Downtown.

In addition to liquefying, saturated soils can also pose a landslide hazard. Depending on the time of year and condition of soil, an earthquake could set off anywhere from 5,000 to 30,000 landslides. And the same dangers face many other parts of the region. Should a large landslide occur underwater, it can produce a local tsunami within Puget Sound; such tsunamis have accompanied previous earthquakes and would most likely be 6 to 8 feet tall.

“We’ll definitely see damage,” Graff said of the earthquake’s effects. “There will be fatalities. There will be a lot of injuries. And frankly, there will be more emergencies than what we have first responders and hospitals that are equipped to handle.”

What can you do to prepare?

There are a number of things Seattleites and their neighbors in the region can do to brace themselves for the earthquake.

“We put it in three simple terms: make a plan; put together an emergency kit; and help each other out,” Graff said.

The city OEM has a program, Seattle Neighborhoods Actively Prepare (SNAP), which seeks to do just that—organizing neighborhoods and shaping them up for when disaster strikes. OEM's Matt Auflick says that they have currently done 170 SNAP programs through 2014.

“We’re out giving the message of personal preparedness—what you can do as an individual or family—and SNAP is a way to bring neighbors to plan together as a neighborhood, rather than just a family,” Auflick said.

For these neighborhoods, organization starts with the basics—making good emergency kits, choosing coordinators, identifying locations for meetings and first aid, and establishing methods of communication. After the earthquake, the neighborhoods go about taking care of their own until help arrives. Sometimes, Auflick added, larger groups of neighborhoods link up and form what SNAP calls a Community Emergency Hub, which has a wider sphere of influence and can help even more people, both inside and outside the group.

SNAP also has classes that teach people how to retrofit their houses so that they can withstand the protracted shaking.

“Our trained contractor does a two-hour class on things to look at with your home, structurally, and some adjustments you can make to it so it’s more likely to hold up in an earthquake,” Auflick said. Three of those classes are currently scheduled for the coming months, but in light of the renewed concern of an earthquake, SNAP may add more classes.

“The number one thing is that houses actually need to be bolted into the foundation, so when the earthquake comes, the foundation doesn’t jump out from under the house,” Goldfinger said. Homes built before or even just after the new building codes—1975, remember—aren’t actually affixed to their foundations, so when the earth shakes, unbolted houses are effectively rattled loose from the ground. (Basically, if your home was built before Reagan’s presidency, you should have it checked out by a structural engineer.) Should your home need a seismic retrofitting, the process typically runs in the lower four figures and can be completed in a matter of days.

Foundations aside, Goldfinger suggested securing water heaters and bookshelves should they fall over, and installing an automatic shutoff valve on gas lines so that they don't break and start fires.

So, is Seattle prepared for “the really big one”?

While Seattle has certainly undertaken more safety precautions since we first became aware of the Cascadia subduction zone, the city still has a ways to go before it can call itself ready. Developments such as the Alaskan Way Viaduct replacement tunnel and the Cascadia Rising exercise aim to further prepare us for the next earthquake, but of course, these will take time—time that we may not have.

Although the plans in the city and around the region are still developing, you can take vital actions right away to get yourself ready for the earthquake. You may well find other people in your own neighborhood who want to do the same, and by joining forces with them, you can help your community feel a little safer, a little more prepared. We’ve all read that New Yorker piece, and we all know that the danger posed by an earthquake is real. While there is plenty of cause for alarm at the prospect of an earthquake in the Pacific Northwest, there is no cause for panic.

So perhaps it’s better to ask: Are you prepared for the really big one?

For further reading, please consider the following sources from the Seattle Office of Emergency Management: 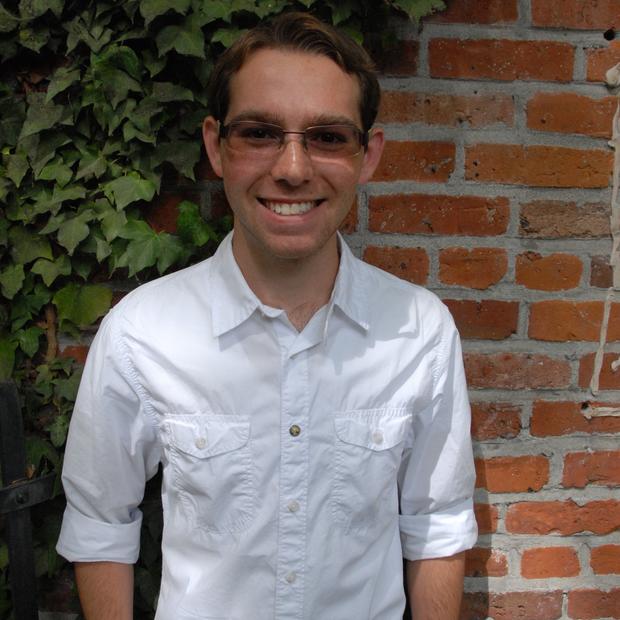