This story originally appeared in the Aug. 17, 2015, edition of High Country News.

Rolling whitecaps thumped against the hull of the CRITFC3 as Bobby Begay piloted the boat up the Columbia River on a breezy spring morning. Herons and cormorants skated against the blue sky. On the vessel’s dashboard sat yellow binoculars, a bag of snickerdoodle cookies, and a carton of orange, finger-length explosives: seal bombs.

Begay, a boulder-sized fisheries technician at the Columbia River Inter-Tribal Fish Commission (CRITFC), swung the boat hard to port, where the black head of a sea lion bobbed near the river’s Washington bank. Russell Jackson, a ponytailed technician wearing a Seahawks cap, hoisted a Remington 870 .780 Marine Magnum 12-gauge shotgun and fired a few cacophonous rounds. Another crewman flipped a seal bomb over the starboard gunwale; moments later, the detonation resounded through the hull. The head vanished.

Begay idled the boat and stared downriver, waiting to see if the sea lion would resurface. “We’re seeing a lot of new animals this year,” he said. “It’s like everyone brought a friend.”

Though the animal surely disliked the rude treatment, it wasn’t harmed. Jackson’s shotgun was loaded not with bullets but with cracker shells — explosive projectiles that, like seal bombs, are designed merely to scare away critters. For years, CRITFC, the fish and wildlife agency that represents four Columbia River tribes, has been hazing sea lions away from Bonneville Dam, the hydroelectric dam closest to the ocean. The reason: to prevent the pinnipeds from devouring sturgeon, lamprey and threatened and endangered salmon surging upriver to spawn.

This year, that task was harder than ever, as unprecedented numbers of sea lions flooded into the Columbia. The influx reignited a smoldering debate: What happens when a protected marine mammal clashes with an endangered fish? Some regard sea lions as ravenous pests; others as scapegoats for the more serious problems afflicting salmon. But almost everyone agrees that they’re symptoms of a degraded river, in which natural conditions have been distorted by human meddling.

For proof that conservation laws can work, look no further than Zalophus californianus, the California sea lion, which ranges from Mexico to Alaska. Though sea lions were hunted nearly to extinction for their hides and oil-rich blubber, in 1972 Congress passed the Marine Mammal Protection Act, sparking a dramatic recovery. These days, more than 300,000 roam U.S. waters — likely more than at any time in the last 10,000 years.

As sea lions rebounded, they began colonizing the lower Columbia River. In 2001, six sea lions appeared in the tailwaters of Bonneville Dam, 145 river miles inland, where homeward-bound salmon and steelhead congregate before ascending fish ladders. By 2004, around 100 were showing up each year. This year, food shortages off the California coast drove record numbers into the Columbia. In March, biologists counted 2,400 sea lions along the waterfront in Astoria, Oregon, near the river’s mouth — 1,000 more than last year.

It’s hard to say how many fish they consume. Biologists estimate sea lions eat about one in 25 returning spring chinook salmon at the dam, but predation throughout the entire river may be far higher. In 2010, NOAA biologist Michelle Wargo Rub began inserting trackable microchips into chinook at the Columbia’s mouth to see how many passed the dam. In 2011 and ’12, more than 80 percent reached the dam; but in 2014, only 55 percent did. Nearly half the run, in other words, disappeared. And while the evidence implicating Z. californianus is circumstantial, it’s compelling: Fish that Wargo Rub tagged in March, when sea lions are abundant, vanished most frequently. After the mammals decamped for their California breeding grounds in May, salmon survival shot up.

To be sure, sea lions are far from the greatest threat to salmon: Dams, fishermen, habitat loss and invasive fish take a huge toll. Nonetheless, the pinnipeds pose a problem. “The estimate (of only 55 percent survival) might not be spot-on, but we’re focusing on the trend,” says Wargo Rub. “We’re seeing lower survival at the same time that we’re seeing more predators.”

These days, the barking hordes are back in California, and Astoria’s waterfront stands silent. But in a few short months, they’ll be back — and we humans will face some tough decisions.

It’s a rancorous debate. The federal government spends over $500 million on salmon recovery each year, and some fisheries managers fear that sea lion predation is impeding those efforts. Commercial and recreational fishermen, meanwhile, complain that sea lions steal their catch. The pinniped proliferation, worries Oregon Outdoor Council president Dominic Aiello, is “altering the balance of our natural resources.”

Starting in 2008, NOAA permitted Oregon and Washington to trap and kill sea lions that continued eating fish at the dam. These days, the states are authorized to “remove” up to 92 repeat offenders — identified by brands seared into their skin — annually. Since 2008, the states have euthanized 85 California sea lions and sent another 15 off to captivity. According to Robin Brown, marine mammal program leader at the Oregon Department of Fish and Wildlife, the regimen has worked. “Every year after we started removal, the average number of California sea lions feeding at the dam went down,” he says. “We were making headway” —until this year.

But the killing infuriates groups like the Sea Lion Defense Brigade, which watchdogs the government’s pinniped activities on Facebook. To the mammal’s defenders, lethal removal distracts from everything else that imperils fish.

“It’s not that we don’t care about salmon- — it’s because we care about salmon that we don’t want this program to continue,” says Sharon Young, marine issues field director for the Humane Society of the United States, which has repeatedly sued to stop the lethal campaign. “It’s like the squirrel and the birdfeeder: You may kill the squirrel that’s on the birdfeeder today, but you’re crazy if you think some other squirrel’s not going to replace it. You’re just setting up a treadmill of death.”

After my ride with Begay, I joined Doug Hatch, the biologist who heads CRITFC’s sea lion program, at an overlook above Bonneville Dam. Two dozen glinting heads floated in the white churn. Every minute or two, a sea lion surfaced with a salmon clenched in its jaws, shaking its head violently to break the fish into manageable chunks.

I asked Hatch how well hazing works. He laughed. “Short answer: It doesn’t,” he said above the roar of the dam. “We’re moving them downstream, but once we quit hazing they’re coming right back. It’s not the long-term solution.”

Ultimately, the tribes, whose fishing rights give them a vested interest in salmon recovery, want more authority to remove sea lions. In January, congressmen from Washington and Oregon introduced a bill, now stalled, that would grant them that power. “We certainly don’t advocate killing all the sea lions, but we need more management options,” Hatch said.

Hatch and his colleagues can safely eliminate one prospective solution. In June, Astoria officials deployed a motorized artificial orca, dubbed “Fauxby Dick,” to frighten the sea lions off the docks. The whale went belly-up. The sea lions didn’t move.

The conflict, like many animal issues, seems mired in divergent views about what wildlife is. To many biologists, it’s a resource — like, say, timber — and the goal is sustainable management on a grand scale. To the Defense Brigade, however, sea lions are charismatic fauna, possessed of liquid eyes, capable of breathtaking elegance, and deserving of individual rights, including the right to eat fish.

Yet both sides can agree on the problem’s root: Bonneville Dam. By concentrating and disorienting salmon, the dam has created a canned hunt; the sea lions are simply behaving like human fishermen at a stocked pond. Of course, any species that flourishes in our novel ecosystems risks our wrath: Ravens that nest on transmission towers and eat sage grouse eggs get poisoned; coyotes that prey on livestock are shot. Several Columbia River sea lions have been assassinated by anonymous killers. The mammals are victims of their own success.

Back on the CRITFC3, Begay approached one final sea lion as it mauled a salmon, an oily sheen spreading in its wake. Jackson reached for his shotgun, but Begay told him to hold his fire. Visiting Sea World trainers had advised him not to haze sea lions while they ate.

“Let ’em eat this fish, and maybe they won’t be hungry for the next one,” Begay explained. He spun the boat upriver and the sea lion ducked beneath the Columbia, its belly full, for now. 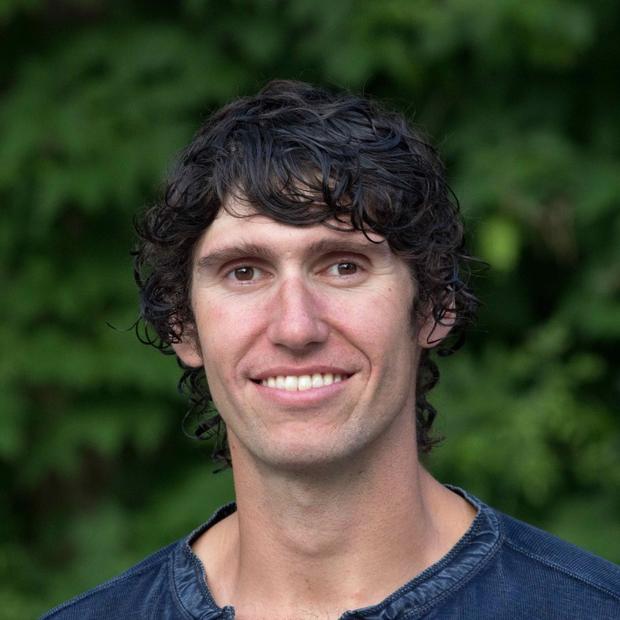