Theater and bacon, photography and beer, and a must-see film about the Black Panthers: your Weekend List 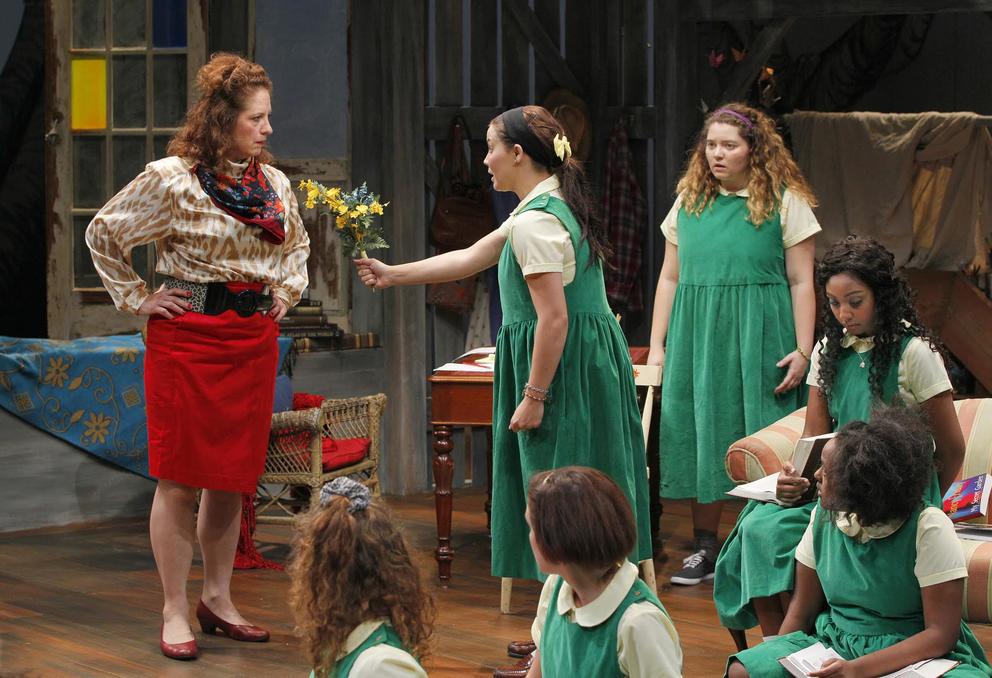 Intiman’s Theatre Festival continues with a gripping production of Lillian Hellman’s The Children’s Hour, a play about a child’s lie and how it destroys the lives of three people. Mary Tilford—young and oh-so-evil Mary Tilford—accuses her two female teachers of having a lesbian affair. It’s an explosive story. For this production, director Sheila Daniels sets the story at a boarding school in 1980s Seattle (I’m thinking it’s Vashon, actually; it’s never made quite clear).  The set is terrific as is the ensemble of actors, in particular Jasmine Jean Sim, who plays the horrible lying child so convincingly. I wanted to hiss at her when she took her bow at the end of the show. 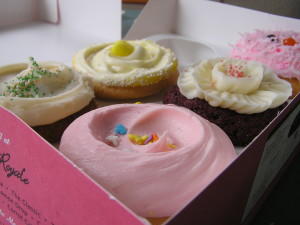 The second annual Sweet Week, the brainchild of master confectioner and Hot Cakes founder Autumn Martin, returns to sweet shops all over Seattle. For just $5 per tasting, you can sample the masses. Stop by the delectable Pie for your choice of three select mini-pies, or try Theo Chocolate for a flight of fall flavors (pear balsamic ganache, fig fennel ganache, and apple cider caramel). At Macrina, where everything they touch turns to gold, they’re offering a mini layered banana chocolate cake, with whipped cream and rum roasted bananas. For those with dietary restrictions, Flying Apron, Hot Cakes and Violet Sweet shop each have vegan and gluten-free options. If you have a special place in your heart for ice cream, regardless of the weather, Full Tilt, Hello Robin, Bluebird and Parfait have you covered.

The Black Panthers: Vanguards of the Revolution *

For most of us, the history of the Black Panthers is one fraught with controversy and misinformation — often focusing on violence, anger and crime. In this documentary, Stanley Nelson (known for an array of documentaries that aim to share parts of the African American experience) seeks to chronicle this period in history in a different way. Through interviews with Black Panther party members, we learn about the strength of this movement, the embedded racism that led up to it, and its relevance today. This is a must-see and will leave you more informed about race relations in our country, and our history as Americans. 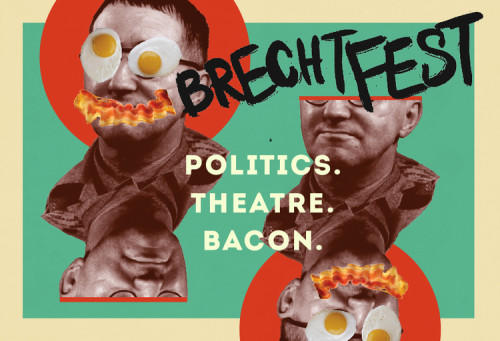 The Horse in Motion production company takes Bertolt Brecht — whose name often elicits a sigh — and frames him as a revolutionary who asked a central question that can still be asked today: How do we (as individuals, lovers, and a society) carry on if the game is rigged? BrechtFest weaves together three selections from Brecht (The Good Person of Szechwan, Baal, and The Threepenny Opera) that build on one another, while each keeping their own forward momentum and mood. My favorite was perhaps their rendition of the little-known Baal, for which they struck a very dark chord and queered the hell out of a play written in 1918. A three-course brunch is served between each act by the performers-waiters, providing a welcome break from the action. I left feeling great about my use of a Sunday, excited to return to the lovely Can Can, and squint at the world through the eyes of Brecht.

If you go: BrechtFest, The Can Can, Saturday and Sunday mornings through Oct.4 (Tickets start at $25) —N.C.

I’ve been wanting to see this rock musical ever since I watched an engrossing documentary about how the Green Day multi-platinum album was turned into a stage show. The stage show, about three young men searching for something to hold on to post-9/11, went on to win a couple of Tony Awards. Green Day’s Billie Jo Armstrong even landed on Broadway, in the role of St. Jimmy, the “punk rock freedom fighter.” ArtsWest is offering two ways to experience its production: you can sit in a chair and watch it the traditional way or you can choose to let the show wash over you, meaning you’ll follow the actors onto the stage and to different spaces throughout the theater.

“Doing the production in this way brings an unprecedented level of intimacy and access to these characters and their story,” explains ArtsWest artistic director Mathew Wright about the “immersive” experience. “You can’t disconnect from the material because you, the audience, are living inside of it.”

Seattle Times photographer Bettina Hansen met two women—a journeyman lineman and a heavy-equipment operator—while on assignment last year. “You should do a story about women in the trades,” one of the women told her. She agreed and the result, using a large-format camera, was published earlier this month in Pacific Northwest magazine. Now, 17 of the the black-and-white portraits hang in Georgetown’s Machine House Brewery, reminding us that some of the behind-the-scenes folks doing the toughest of work are women. As a bonus: the brewery makes and serves English-style cask ales. 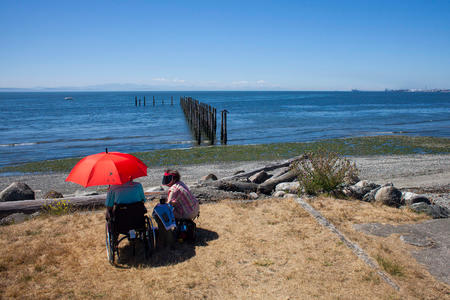 Coronavirus cuts off a Washington border town from two countries

Point Roberts residents used to cross through Canadian land daily. When the pandemic caused the border to close, they found themselves stranded.