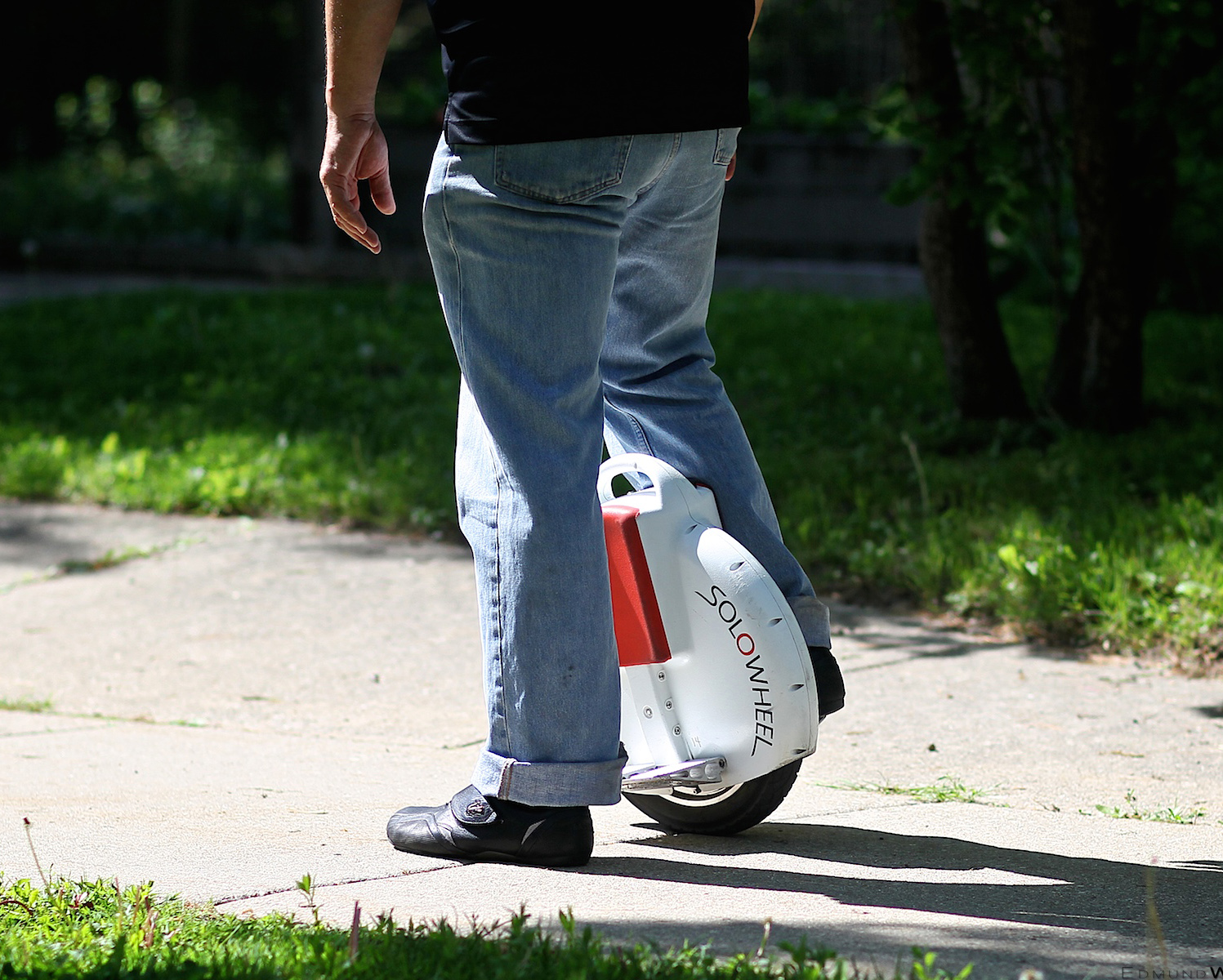 The Solowheel: key to a traffic free future?

$50 million will be awarded to the city that figures out a traffic fix. Here are a few ideas.

Earlier this week, the U.S. Department of Transportation and Seattle billionaire Paul Allen announced a scheme that could transform how you get around: the Smart City Challenge, a contest that will award $50 million to the city that comes up with the best plan to update its transit system.

Seattle, obviously, could use the boost (each of its residents only has the same discussion about the city’s traffic woes an average of, oh, 3.4 times per week). U.S. Secretary of Transportation Anthony Foxx hopes the prize money will help a mid-size city navigate the challenges of crumbling infrastructure, a growing population, and an increase in freight volume—Seattle has all of those issues to contend with, and more. What other city comes to a complete standstill because there’s salmon on the highway?

It is as yet unclear whether Seattle will participate: “We want to review the challenge’s application process to ensure if Seattle is a good fit for the program,” Seattle Department of Transportation spokesman Rick Sheridan said. But in case they do decide to apply, we decided to take it upon ourselves to help come up with some ideas—after all, the February deadline is just around the corner.

1. Bridge catapults! There’s nothing worse than when you’re running late … and then the Fremont Bridge goes up when you still need to cross it. Noooo. I love that we have drawbridges in this city, but when one of them goes up, traffic can stretch for a mile on either side. Car catapults could mean the difference between dozens of idling cars, and everyone moving on with their day. Wheeee.

2. More tunnels! If you can’t go over it, why not go under it? A complicated labyrinth of tunnels would mean more route options, so traffic would diffuse. Okay, so the last tunnel project hasn’t gone so well … but at least Bertha has been giving us something to write about.

3. Flying bikes! Pronto, the citywide bike share program, was a great idea for a way to help take cars off the road—but it’s being unfortunately underused. That might have something to do with the city’s tough topography: the first year’s data reports that far more trips are taken downhill than uphill. If the bikes gave riders a way to dodge those hills, like flying ET-style, it just might be a different story.

4. Zip lines! Speaking of hills: zip lines. It would be so much fun.

5. A Solowheel in every driveway! “Barefoot” Ted McDonald thinks these two-wheeled gadgets are the key to all of Seattle’s transportation problems. “No traffic, no gas, no parking, no fumes, no problems,” he says. “Cheaper than a bus pass, way safer and easier than a bike.” Amazing! Except … how do you ride this thing again?

6. Put the coders to use! Seattle’s tech transplants often bear the brunt of the blame of the city’s rapid growth, and thus why its traffic is getting more and more congested. But by the looks of it, Seattle’s tech boom is not going to stop anytime soon. So, instead of sneering at the new cohorts, let’s make use of their brains and talents. Last spring’s Hack the Commute "civic hackathon" came up with some intriguing schemes; the winners created an app to help people in wheel chairs get around. If each person in tech had an obligatory day of service to help figure this thing out, what else could they come up with?