In 2015, region's orcas pulled back from the brink – but will it last?

A baby orca and its mother in Haro Strait, near San Juan Island.

As we begin 2016, the Pacific Whale Watch Association (PWWA) is happy to report that the "State of the Pods" – our region’s endangered Southern Resident Community of killer whales – is good. For now.

In 2015, our resident orcas were the gift that kept on giving. Since December 30th, 2014, after three long years without a successful birth, the population has surprised and delighted whale watchers with eight calves, the highest number of new babies reported since 1977. In "whalespeak," this year the orcas went from a deep dive to a spectacular breach.

The community’s “baby boom” began shortly after the lowest point since 2005, when they were listed as endangered under the U.S. Endangered Species Act. On December 4th, 2014 a pregnant 19-year-old whale named “Rhapsody” washed up on a beach at Comox, British Columbia, dead from an infection contracted while trying to give birth. The loss of this beloved and reproductive-age female and her unborn baby was like losing two whales in one day, and the Southern Residents appeared to be in a tailspin. With the loss in October of a young orca in the community, their numbers dropped to just 77 individuals, down one from when the population was listed as endangered.

After 10 years and $16 million spent by NOAA on orca recovery, we were going backwards. Many believed that our orcas, our region’s totem species, were on an irreversible slide to extinction. Some of the most optimistic of researchers and advocates lost hope.

Our group knew better. No one spends more time on the water with this extraordinary, resilient village of killer whales than the 36 members of our Association and the crews on our vessels in Washington and British Columbia, many of whom are marine educators and scientists. We’ve seen first-hand the strength and adaptability of this population and what lengths these remarkable creatures go to take care of each other. We never gave up on this population, and on December 30th of last year our faith and hope began to be affirmed.

It all started with a New Year’s Baby. And it didn’t come easy.

There are three resident orca “families” or pods in our waters – J-Pod, K-Pod, and L-Pod. Last December, NOAA tracking data indicated that J-Pod – the family that lost Rhapsody just weeks earlier – had traveled into the rarely used East Sound off Orcas Island, remaining in that protected area for an extended period of time. The group then emerged with a baby in tow.

Researchers soon noticed “raking” marks on the back of the newborn, which remain clearly visible on the calf today. It is believed that the baby was actually "midwifed" by other members of the family, with adult whales in the group literally pulling the calf out of its mother’s womb by their teeth.

This has never been documented in any population of orcas anywhere in the world. It’s as if the pod experienced the heartache of losing Rhapsody and her baby a few weeks earlier, and resolved to not let it happen again.

Anthropomorphism – attributing human traits to animals – is tricky business, but even the toughest scientists find it difficult to explain this midwifing in any other terms. It takes a village to raise a killer whale, they say, and in this case, it took that village to bring one into the world.

The images of the baby researchers dubbed J50, a female now also known as Scarlett, captivated the planet. One image that went global, shot by Eagle Wing Tours naturalist Clint Rivers, shows the baby whale “belly-flopping,” seemingly leaping for joy. Perhaps she was somehow aware of how precarious her birth was, how welcome it was, and how many playmates would follow.

“Boom” may not be an explosive enough word to describe the next 12 months. Seven more calves would join Scarlett in the region’s resident orca community in 2015, an amazing turn of events that has captured the global imagination. The happy news and photos PWWA have shared have literally traveled the world – the international media monitoring company Meltwater, which has offices in 20 countries and 41 cities, estimates that our announcement of the birth of one calf last fall reached an estimated 1.3 billion people around the planet, registering reports in every country it monitors. The biggest babies in the Salish Sea have become big news.

The Southern Residents also added another member to the population in 2015 – the captive orca Lolita, now at Miami Seaquarium, was officially recognized by NOAA Fisheries as an L-Pod orca, the result of a petition from lawyers from the animal rights group PETA. It was a controversial tack taken by activists to bring Lolita under the umbrella of ESA protection and force NOAA to take action to return the captive whale to the wild, but experts believe it may have actually doomed her to spending the rest of her days in the smallest killer whale tank in the U.S., her home now for almost five decades. The agency now has a stronger mandate to protect Lolita from the potential harm of a cross-country move, as well as her family from the possible threat of reintroducing a post-reproductive, long-term captive whale into a wild population.

With eight new calves added this year and the loss of just one member of the Southern Resident Community this past summer – the 40-year-old female L27 or Ophelia – the wild population now stands at 84. The baby boom has raised their ranks and optimism is riding high, but the whales are in no way out of the woods.

As the old-timers say, "no fish, no blackfish" – without recovering salmon runs, especially ESA-protected Chinook, which represent as much as 90% of the diet of the Southern Resident orcas, we’re in for another deep dive.

The conundrum is, we’ve got an endangered species that relies heavily on another endangered species to survive. But when it comes to salmon habitat restoration, we do know that if we build it, they will come – and when they come, so will the whales. As PWWA shared these baby orca stories with the world, reporters would sometimes quip, “Wow, there must’ve been something in the water last year!”

"There was," we said. Salmon. Lots of it. We had a relatively strong 2013 and 2014 for salmon throughout the region, particularly runs on the Columbia River, and scientists correlate that bounty directly with the uptick in orca births. But after drought conditions and other factors this year, the runs will be thin next year and beyond.

With eight new mouths to feed, the local orca community may be in for difficult times ahead. The baby boom may quickly turn into a bust unless we continue to urgently address salmon recovery in the Salish Sea and throughout their Critical Habitat, which stretches from the northern coast of BC down to the Columbia River to the central coast of California, from Cape Scott to Monterrey and every river system in-between. And every non-productive salmon-killing dam upstream.

The orcas of the Salish Sea face a number of additional threats, from bio-accumulative toxins to the possibility of a catastrophic oil spill from any one of the 10,000 or so freighters and tankers that transit the Sound and Straits each year.

They also face acoustic threats.  When it comes to quieting these waters, PWWA has taken extensive measures to reduce and even eliminate our acoustic footprint in the company of whales.  We’ve modified our boats to make them quieter, we’ve taken measures to protect our real-time sightings network from being disseminated to recreational boaters and do-it-yourself whale watchers, and we continue to voluntarily update our guidelines on operating around sensitive wildlife – including an emphasis on vessel approaches and departures, our “slow-go” and “no-wake” zones.  On speed and sound, rather than optics.

A highly anticipated paper was released this month by a team of scientists from NOAA Fisheries and the University of Washington, the first published study derived from a backlog of NOAA data collected with digital acoustic recording tags or “D-Tags,” suction cup tags with hydrophones affixed to 20 different Southern Resident orcas over the past several years to assess the sounds received by the animals and changes in their behavior.  The team concluded “that vessel speed is the most important predictor of noise levels received by whales in this study.  Thus, measures that reduce vessel speed in the vicinity of killer whales would reduce noise exposure in this population.”

The world loves baby orcas, no doubt. And the whale watch community loves passing around the cigars when they come. But the truest measure of happiness will come when we can report that this population has finally and permanently turned the corner, when we know that this village of killer whales that’s been around for 10,000 years will continue plying these waters for thousands more.

This story has been updated to remove a statement from Deborah A. Giles, PhD., Director of Research at the Center for Whale Research on San Juan Island, who says she didn't interpret the study of NOAA data in the way that the article originally suggested. She is a co-author of the study. Giles notes: According to Julianna Houghton, lead author in a recent paper published in PLOS One, “of all the characteristics that we examined, vessel speed was the most important factor for how loud it was for the whales.” 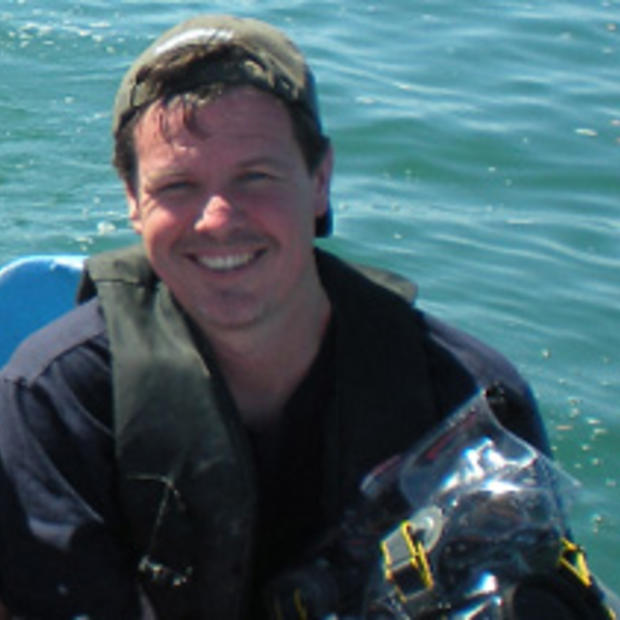 Michael Harris is Executive Director of Pacific Whale Watch Association (PWWA), which represents 36 operators in Washington and British Columbia. He is also a Contributing Producer and Wildlife Specialist for ABC News, an 11-time Emmy Award-winning documentarian, Board Member and Past President of Orca Conservancy, and petitioner and later successful litigant in the historic U.S. District Court case to list the Southern Resident Community of killer whales under the U.S. Endangered Species Act.