Best of 2015: Harry Belafonte on activism, unrest and the importance of making people squirm 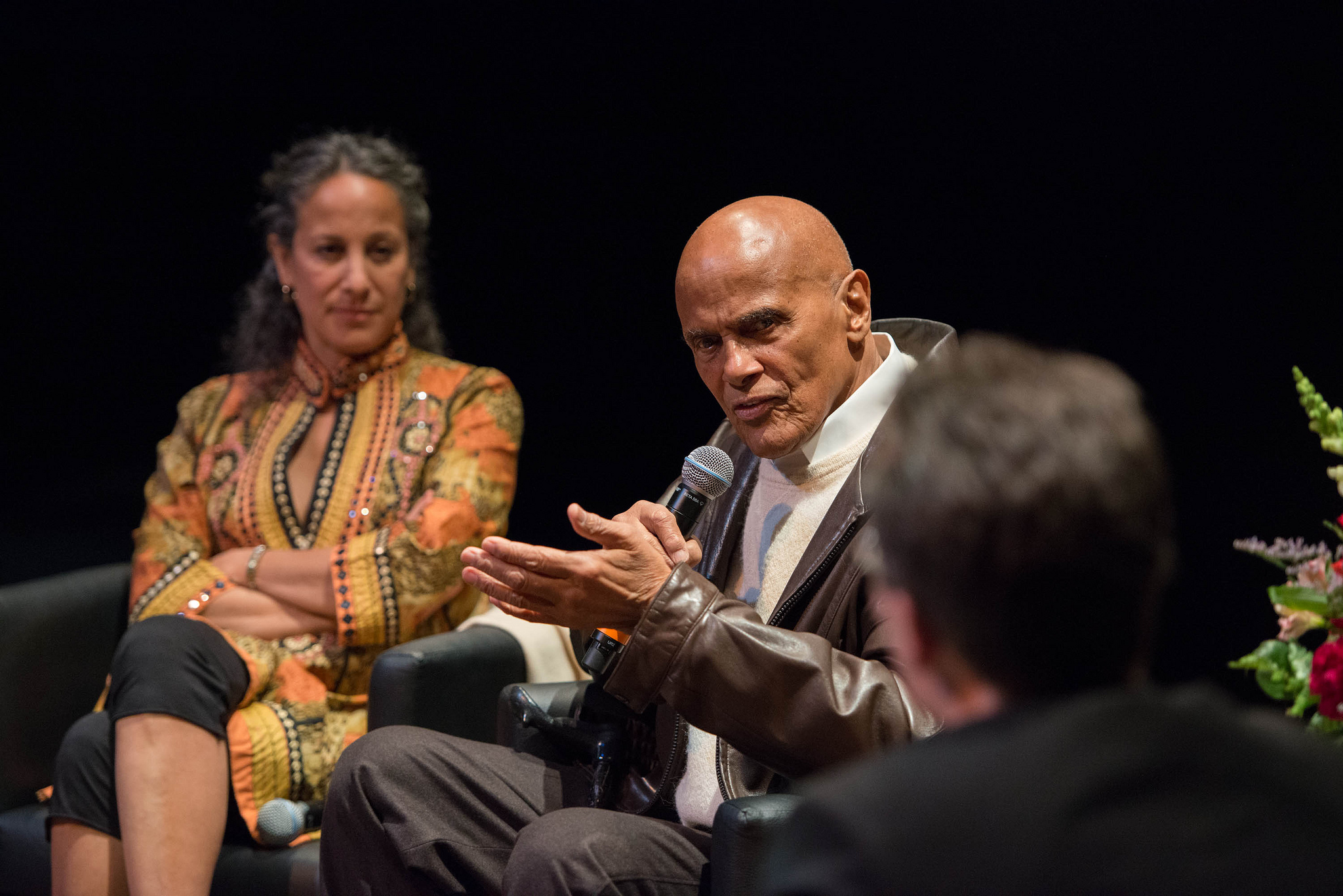 This week Crosscut is running some of our best stories of the year, as selected both by our writers and by popularity with readers. We will resume original content next week.

You don’t miss someone like Harry Belafonte, 88, walking into a room — a long cane, svelte brown suit, bald head, kind eyes and sturdy handshake. Then you hear his deep raspy voice, and you never forget him.

Belafonte has led an extraordinary life. Once dubbed the “King of Calypso” for his Caribbean musical style, he was the first African American to win an Emmy, in 1959. Since then, he has picked up four Grammy’s (including a lifetime achievement award), a Tony and an honorary Oscar in 2014.

But more than his music, Belafonte is known for his activism. A confidant to Martin Luther King Jr., he financed the 1961 Freedom Rides and helped orchestrate the March on Washington. Today, Belafonte focuses on activism around youth incarceration and race in America.

I met him at Seattle’s Hotel Deca before he spoke to a sold-out crowd at the University of Washington. We discussed emerging African American leaders, the Black Lives Matter movement, and the value of getting people out of their comfort zone. The conversation has been edited for length and clarity.

You’ve said that in order to make progress on racial equity, we need to “unleash radical thought.” Is that what we're seeing with the Black Lives Matter movement?

Yes. I think for a long time radical thinking, especially in terms of movement and social upheaval, has been treated not just with indifference, but I think there has been a consciousness among the press and others to say, “Those are values that came from the past, they have no application and no space in today’s modern expression.” I think quite the contrary; I think radical thought is more on the table now than ever before.

I think what drives that fact is … social media, technology and the globalization we are experiencing. A lot of the young people I’ve been dealing with have gone to Latin America, Africa and the Middle East, met with Israelis and Palestinians, discussing common interests and how to reset policy. There is a new wave of consciousness being raised in the United Nations, and the human rights divisions and agencies are all beginning to talk more passionately about how we turn things around.

In August, two Black Lives Matter activists interrupted a Bernie Sanders rally and caused a big stir here. How do you balance it -- turning people away versus bringing more people into the movement?

I think the fact [is] that you lose some in the process of rebellion against injustice. … Mostly, the people who turn away from radical thought are people who don’t like to be uncomfortable. And radical thought at its best is supposed to make people feel uncomfortable. We talk about the uprisings in communities like in St. Louis and Baltimore, and it is what protests are supposed to do. The fact that some niceties are inconvenienced and people can’t get to work on time because there are protests in the streets, well, hello, that is what we do. That is what we are supposed to do. That is what Dr. King did.

I pointed out in a strategy session we had in Baltimore, when the state teargassed, machines of oppression showed up, and then applied a curfew. Everyone kind of bemoaned that fact. I said, “Those of you who are caught up in protest, this is a golden opportunity. If the state says you go to bed by 10 o’clock, then you should make sure that by 11, the streets of our cities are filled with human protest and bodies!” The fact that some might have a restless night with the noise downstairs or find it inconvenient because people blocked traffic, well that’s the point -- to snap you out of your indifference! So those who are turned off by radical thinking, or radical behavior, well, as a matter of fact, in many ways, you are our target. 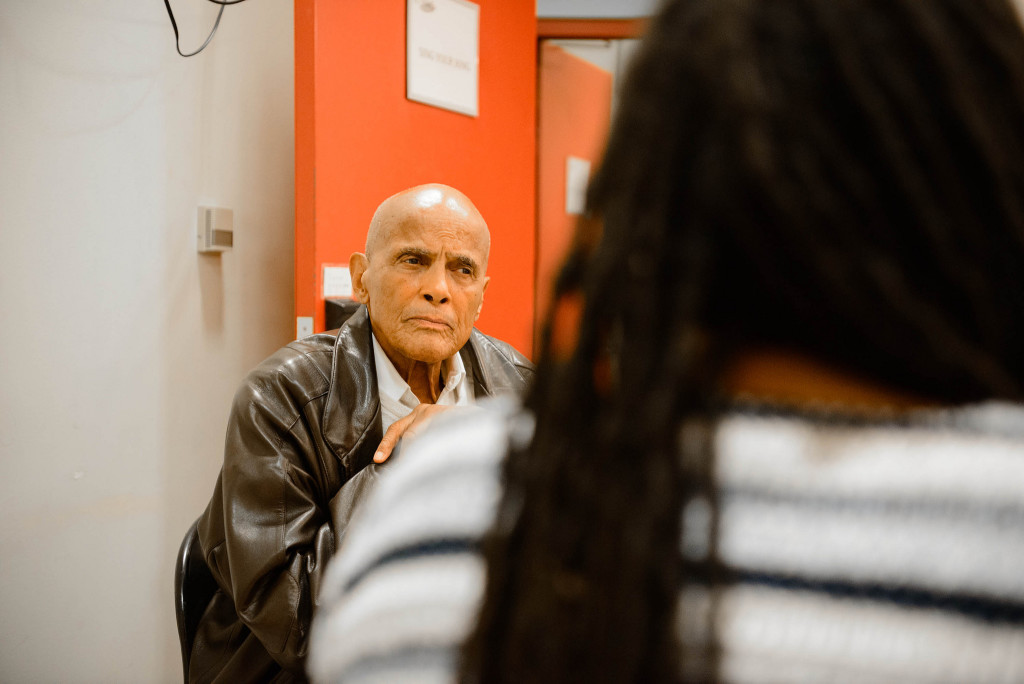 We talked about radicalism — there isn’t a central leadership in the Black Lives Matter movement. Is there an advantage or disadvantage there?

The fact that Dr. King was the spokesperson was important to our movement, but he wasn’t the only one… [There was] a large number of organizations that had leaders all over the place. You had Fannie Lou Hamer, Ella Baker, SNCC, and so many others. Today, I look around the country and there are any number of groups who have emerged, and Black Lives Matter is only one.

Do you think that, with the Black Lives Matter movement, it will really lead to change? Or will it be like the Occupy movement, which amounted to a lot of sound and fury, but not a lot in the way of real change?

You’ve got me there, because I don’t see the Wall Street movement in the definition that you’ve just given: a leaderless, mindless thing that came and went. It did what it was supposed to do. … Wall Street and the voices of Wall Street, that was an attempt on the body of the people to protest against the fact that there was this greed factor in our midst that caused the collapse of financial institutions and the poor and seeking to get justice and the bigger machine that the state shut down on the justice process.

To treat that somehow as if it failed is to charge it with a responsibility it never set for itself. It’s like saying the black movement failed because we are in Afghanistan. What the young people did in Wall Street did made a difference. It is an ingredient in a wave of ingredients that have to come together, because the problem is not winning one moment, it is a series of moments this nation has to deal with.

Who do you see as emerging African American leaders in the country right now?

They are all over the place. Phillip Agnew, Bryan Stevenson -- now there is a young man who deserves watching. I’m excited that artists have responded to recent criticisms I’ve made about the lack of social justice. I made a statement when I was given the Oscar earlier this year. I made a statement about Hollywood and racism and the absence of artists having an extensive consciousness and responsibility and using that platform and their art to say things that could inspire and stimulate.

Today, you have some incredible expressions coming from a number of artists. Usher, John Legend, Alicia Keys are artists that I’ve spoken with recently who have said, “We are on board. We will make songs that have more social sensitivity.” Usher has a campaign he is now charging, unleashed in a week called Chains. He has written a song and is releasing an album with a huge mission.

I’m going to turn the tables a bit. I’d like to know, what have you learned from the Black Lives Matter activists?

What I’ve learned from the activists and what is going on today is, those of us who have lived almost a century, have no right to cynicism. There is always something in motion, there is always people out there making a difference. One of the big problems with America and its smothering of radical thought and behavior, is people don’t know what’s going on. There is a lot of noise, but it doesn’t make the headlines of the New York Times or get on CNN with great regularity.

For a long time I said, “What has happened to the young? What was all of that about, all my friends who were murdered: Bobby Kennedy, John F. Kennedy, Dr. King, etc, etc. etc.?” Well, it sits there. It’s there. A lot of kids are studying it, learning it. … For me, I’m glad I’ve lived long enough to have it pushed right into my face. They’re saying, “We’re here, chief. We’re happening. We’re making noise.”