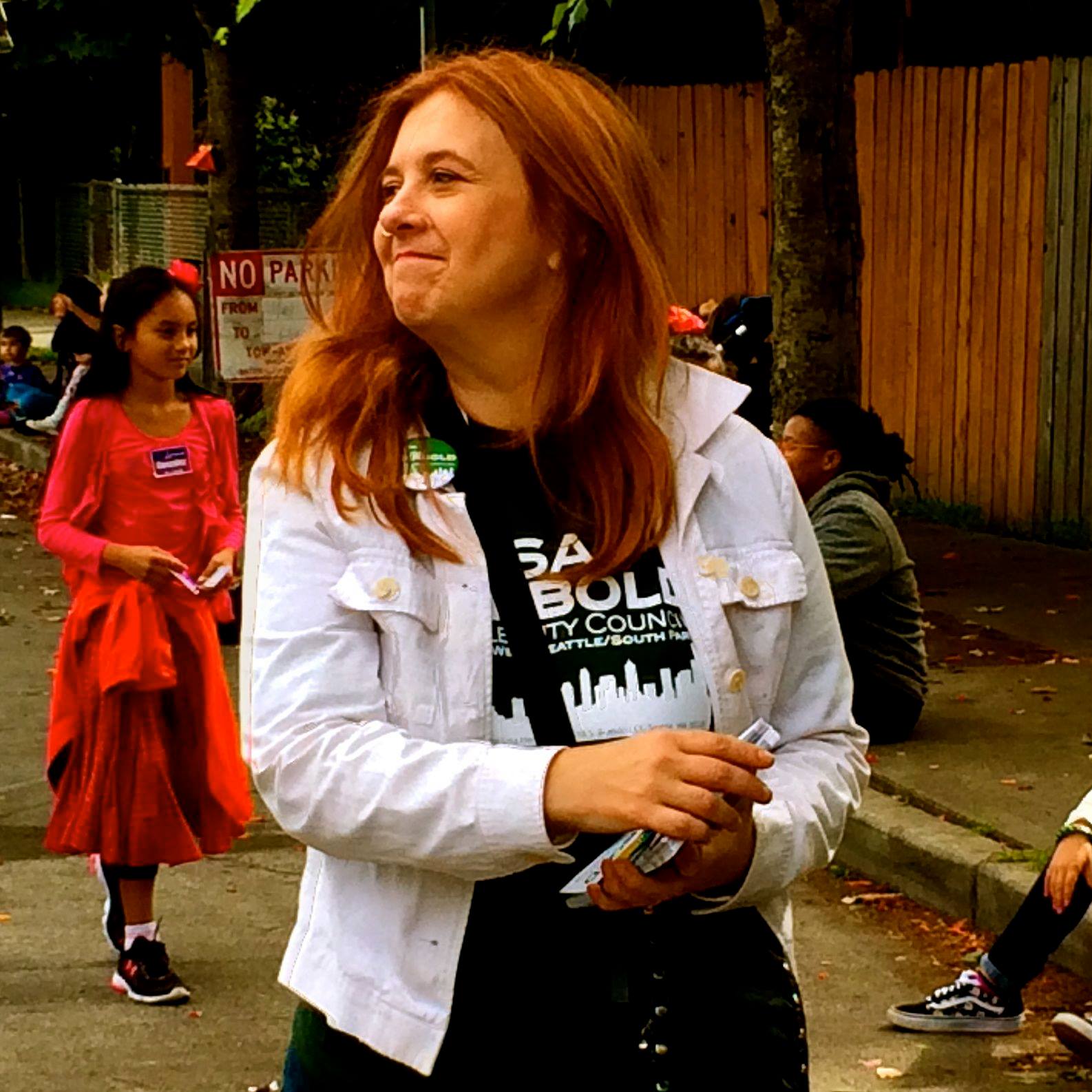 After trailing Shannon Braddock on election night, Lisa Herbold has inched her way back to take the District 1 seat for Seattle City Council. Although the results of the King County recount will not be certified until Monday, Braddock called Herbold Thursday to congratulate her on her victory and to wish her well for the coming term.

Nearly every ballot count after election night has leaned towards Herbold, supporting the theory that further left candidates benefit from late arriving votes. At one point, Braddock led by a mere six votes. At the conclusion of the first count, Herbold took the lead by 39 votes. More than 150 people voted for write-in candidates.

The margin easily qualified the race for a recount. Preparations began on Monday, with the official recount occurring all day Thursday. Representatives from both campaigns attended, participating in the count and cross-checking numbers with one another.

The King County Elections headquarters is a large room with big boxes full of ballots stacked on carts at 20 different counting stations. Herbold started to sense she would likely remain ahead on breaks, as volunteers from both campaigns compared notes that were identical to the initial count. Representatives from King County Elections haven’t tallied the total vote count, but each bundle of ballots matched the original numbers. Herbold said the only changes occurred in the write-in candidate count.

Braddock didn’t respond to voicemail or e-mail, but Herbold said she was very sweet over the phone. “Her message was very kind,” said Herbold. “She expressed that we’re both relieved this month is over.”

While Herbold was accepting congratulations, she said she wouldn’t send anything out until the results are certified Monday. Even over the phone, Herbold didn’t resoundingly declare victory. “I’m feeling more confident than ever,” she said.

In the coming weeks, Herbold, the longtime aide to Councilmember Nick Licata, will focus on staffing. “As a staffer, I know the importance of staff,” she said.

She also said she would be reaching out to her soon-to-be colleagues regarding committee assignments. Although she seemed to concede she may not chair the committee of her choice, she expressed interest in anything related to land use, transportation, housing and labor laws.

As for the next few days? Throwing a party for those involved on her (very long) campaign.