In Seattle, French ambassador talks love of region, "silliness" of other Washington 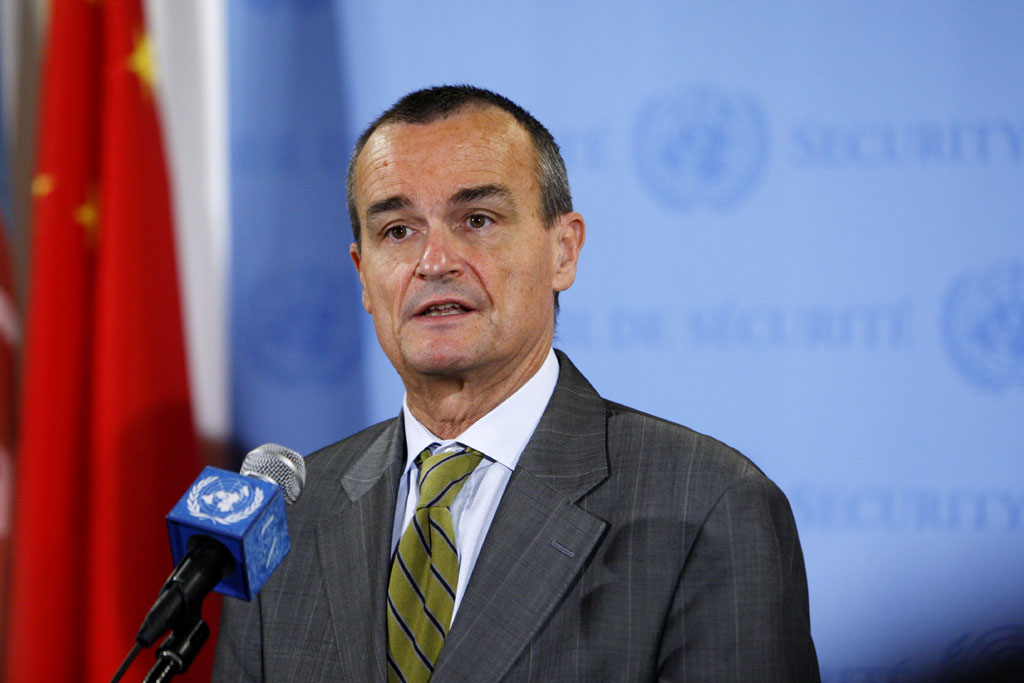 Formally, as the Ambassador of the Republic of France to the United States, Gérard Araud should be addressed as "Your Excellency." Even though his mother loves it, he says, "it's rather silly." Still, it comes with the territory, which is no longer the highly charged General Assembly of the United Nations, where he served for five years as France's permanent representative, but inside Washington's Beltway, where he's served since last year.

This week Araud is in Seattle for discussions hosted by the French-American Chamber of Commerce and the UW's International School of Business, regarding the state of international business relations, especially in the tech and aeronautical sectors. He is happy to be in Seattle, where he once hiked Mt. Rainier. He is also happy to be out of the diplomatic bubble, and to see that many in the business community are working energetically to fight climate change, not deny it.

"Everybody is on board," he says. Inside the Beltway, he says, there's only Congress, with its politicians elbowing one another for right-wing prominence. "Silliness on the Hill," he says.

Born in Marseille, Araud has had a lightning public career not atypical of the French intellectual elite: degrees from the country's top schools in math, engineering, and public policy. On-the-ground expertise in the Middle East. Former ambassador to Israel. High-level postings in national and international security inside the Foreign Ministry and in NATO. Historian with a special interest in World War One. Faultless English.

Personable but blunt, Araud says of last month's terrorist attacks in Paris, "We are all threatened by the same enemy." At the same time, he acknowledges being deeply moved and touched by the reaction of the American people. 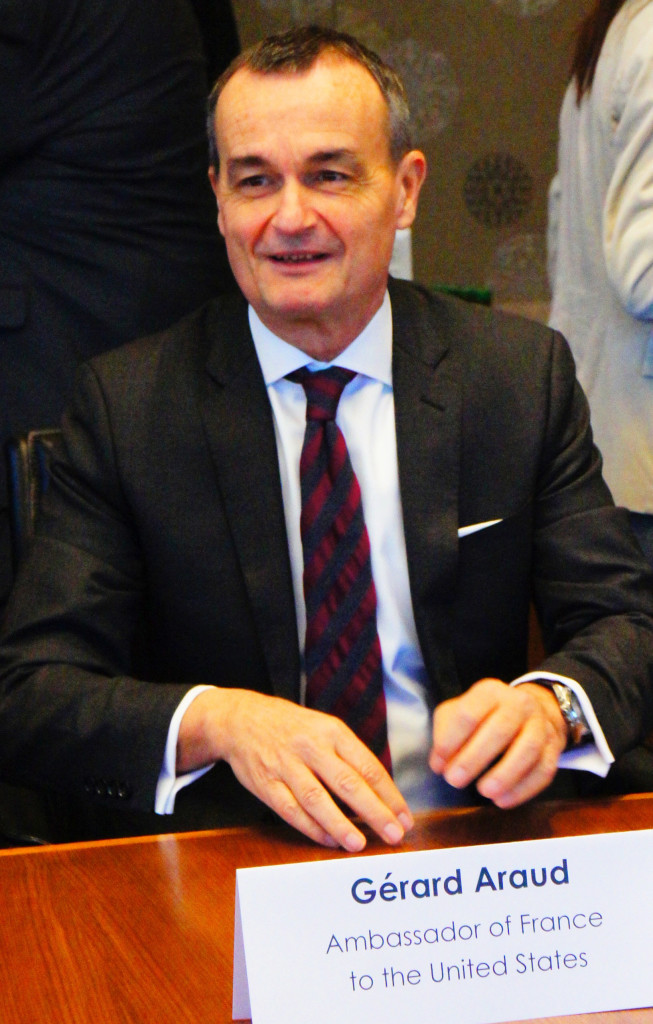 At the moment, one of the biggest immediate threats facing France, as he sees it, is that terrorism will hurt the tourist industry. With 86 million international visitors annually, tourism accounts for seven percent of French GDP and contributes over $40 billion to the national economy. Americans make up a modest three million of the visitors, but tend to stay at more expensive hotels and eat fancier meals. They should get out of Paris more, and spend time in the provinces. But there's a surprising lack of four- and five-star hotels in regions that Americans would most like to visit, such as Bordeaux, or the Normandy battlefields.

Of course, there could be yet another attack, which would impact international tourism. The US Visa Waiver program could collapse, as could the entire Schengen accord, which allows for freedom of travel within the European Union.

Some 10 years ago, a previous ambassador, Jean-David Levitte, spoke to a gala audience in Seattle about French-American relations. As I reported then, French and American interests are inextricably intertwined. US investment in France is responsible for 500,000 jobs while French investment in America ($150 billion) has created jobs for 600,000 workers here. A lot of French technology goes into the Boeing Dreamliner, while 40 percent of the new Airbus 380 is being built in the US. We have our differences, to be sure, but we're "best allies" nonetheless, with a lifetime of shared values.

In fact, the global economy has brought 7,000 French citizens to Washington State. Microsoft, Amazon, and Boeing are the highest-profile local companies in France, while Safran, a French aerospace contractor for both Boeing and Airbus, has 2,200 employees in Washington alone. Starbucks has already blanketed Paris, and Costco plans to open half a dozen stores in France next year.