Will Seattle continue focus on early childhood education?
by / December 16, 2015 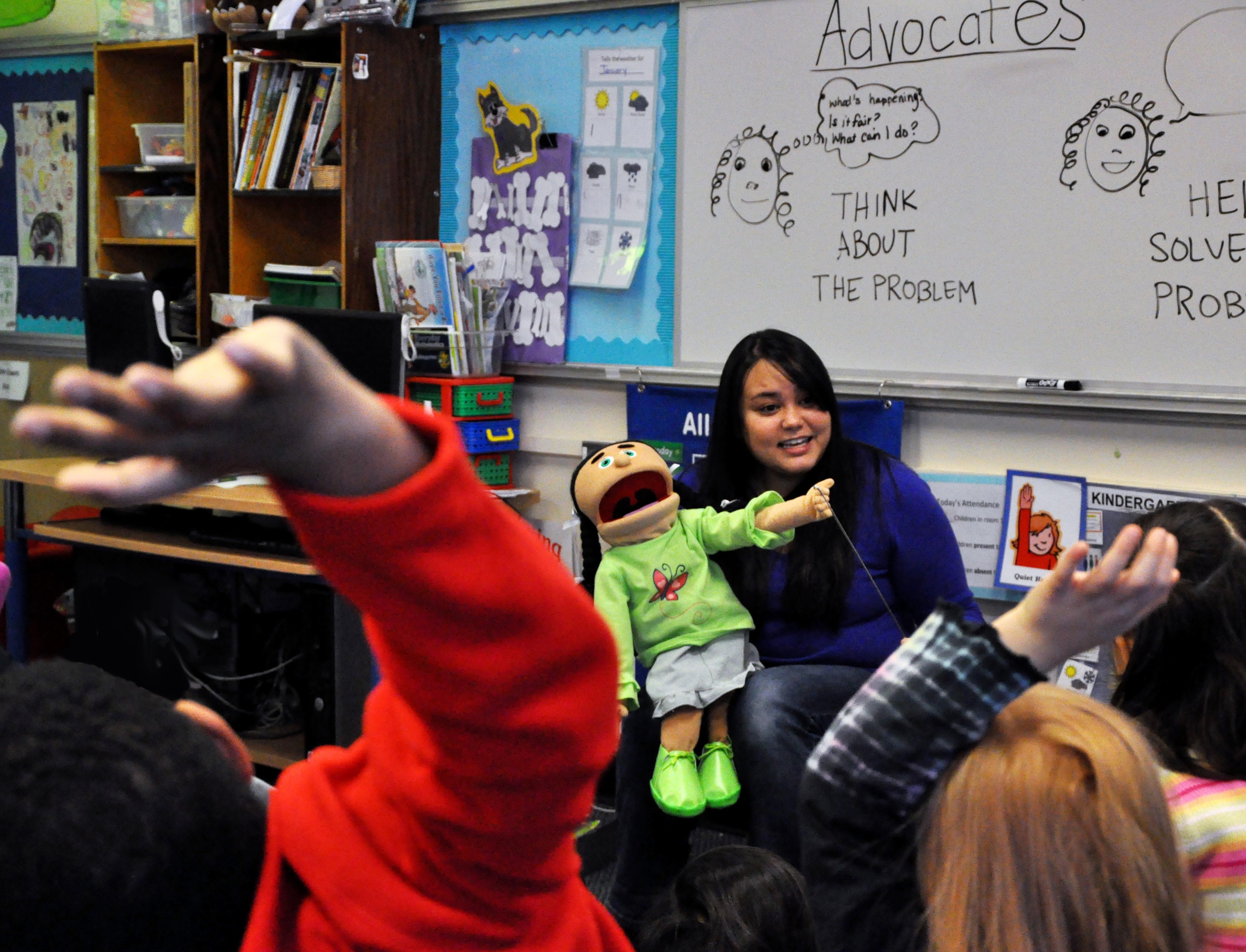 Jordan Taitingfong, a Seattle educator with the Experimental Education Unit, discovered early last week that this could be her final year teaching here. For over a decade she has worked with a unique blend of kids — some with developmental disabilities, others without — in a classroom celebrated for its inclusive approach to education.

“My day to day is about the kids,” Taitingfong says. “I get to watch them grow, be kind to each other, learn from each other.”

But when the principal of the EEU, which is operated by the University of Washington, shared the news that the kindergarten program would lose its funding next year from Seattle Public Schools, the prospect of losing her job didn’t cross her mind. At stake, she says, are bigger concerns: the future families she may now be unable to reach, and a commitment to inclusive classrooms.

The details explaining the cuts are sketchy. According to SPS Communications Specialist Luke Duecy, a state auditor issued a “verbal warning” to SPS several years ago, alerting the district that funding for the EEU kindergarten might be inappropriately placed. At issue was how money earmarked for special education was being spent.

Duecy says that this creates a problem of equity for a couple of reasons. First, because of the blended nature of the program, typically developing students are benefiting from special education funds.

The second reason involves the challenge of disseminating EEU’s multi-faceted, inclusive model to other kindergarten classrooms in the district.

“It’s a unique program that is not easily replicated in a traditional kindergarten setting. It’s got so many bells and whistles,” Duecy says. “But there again lies the problem of equitability.”

The EEU community is puzzled by these explanations, but many suspect that the cuts might be yet another consequence of budget woes facing Seattle schools. Even so, staff wonder why there was no opportunity to provide input before the decision came down and who ultimately made it.

He and the EEU Director Ilene Schwartz were, however, made aware of the “verbal warning” early last month. They say that they had met with Special Education Executive Director Wyeth Jessee and Director Michaela Clancy to finalize the current school year's contract. The issue came up as the meeting came to a close.

“Do we need to do anything about this now?” Matsumoto recalls asking.

He and Schwartz both say there was no indication that the contract for next year was at risk. “I went back to the staff and told them how good the conversation was,” Matsumoto says. Over a month later, he discovered, essentially by accident, that the program would be cut.

When pressed, Duecy told Crosscut that he doesn’t know who made the decision to pull the school funding but that he would try to find out. He was unable to provide clarification by the time of writing.

Jessee, of Special Education, had not responded to a request for comments on the EEU program.

The Experimental Education Unit, which includes a preschool and Taitingfong’s 36-student kindergarten class in the UW’s Haring Center, is the state’s champion of inclusive teaching. It’s a philosophy guided by the idea that kids with and without special needs can learn from one another in ways that amplify their learning potential and deepen their empathy. The kindergarten is the only part of the EEU's operations at risk.

Taitingfong says the approach prepares her students "to walk out into the world and look at other people and accept them."

While the kindergarten is relatively small, teachers here say that the consequences ripple well beyond the immediate EEU community. The UW program has served as a premier training ground for aspiring special education teachers for decades, many of whom have carried on its lessons, principles and vision of inclusion to other schools across the district, state, and even the nation, Taitingfong says.

In May, when the EEU contract with SPS was up for this year's renewal, Superintendent Larry Nyland wrote favorably about the program, acknowledging that it “directly aligned with the district’s Strategic Plan."

He went on: "The SPS/EEU partnership is nationally known as an exemplary collaborative model to improve the education of students.”

Forty years ago, researchers at the school revealed to the world that children with Down syndrome could learn to read and write. The EEU has continued to develop and refine best practices in special education. But the program's guiding light remains a belief in the educational and social merits of inclusion.

Students at the EEU receive an array of professional services that meet their unique needs. Consider one boy who struggles with anxiety. After a weekend away from class, it’s especially hard for him to stay focused. On Monday morning, when he got frustrated, Taitingfong tried a simple tactic that’s part of a larger self-regulation strategy.

“Blowing bubbles is good because it let’s us take a deep breath,” she says as he exhales into the soapy wand.

Taitingfong and her team spend lots of time building comprehensive “plans” for their students, 20 of whom have special needs that range from autism, developmental delays, Down syndrome or behavioral challenges. These plans are significant efforts informed by theory, study and years of commitment to some of society’s most vulnerable young people.

Much of the work at EEU involves training families about advocating for their child as the little one prepares to leave the program and transition — or “rise,” as it’s known — into the district’s mainstream schools.

The transition, Taitingfong says, “is really, really nerve-racking for families.”

Now, following the news of the kindegarten's potential demise, it’s especially worrisome for the families whose kids in the EEU’s preschool hope to rise into the kindergarten next year. Matsumoto says he conducted a rising training for preschool families last Friday, mere days after receiving the bad news.

Carlos Lopez, an EEU parent, says the school and the diversity of its classrooms have been invaluable for his son, helping him become “a better person and citizen.”

As the disappointment continues to seep in, Matsumoto says he is going to do whatever he can to compel the decision's reversal. But even though EEU leadership is still weathering the blow, support for the program has rallied over the last week. An online petition opposing SPS’s decision has already garnered over 1,500 signatures.

Matsumoto and his team will meet on Thursday to discuss next steps.