Santas, pubs and a Charlie Brown Christmas: your weekend list 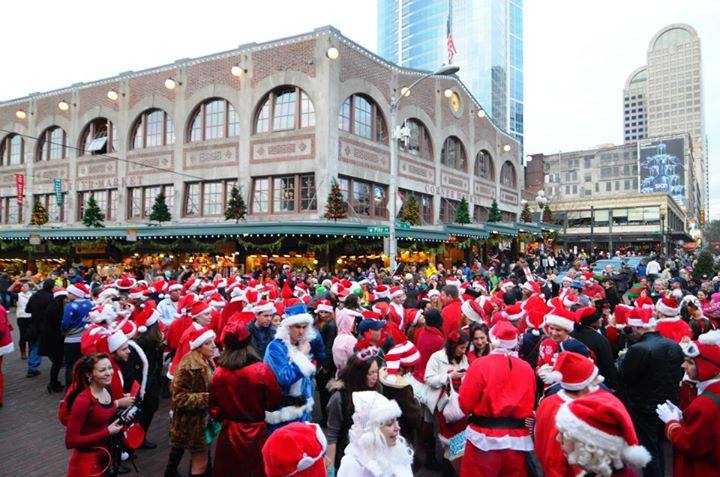 Right about now, you might want to grab your phone, open up your Amazon Prime Now app and order a Santa beard and wig set, stat. Surprisingly, there aren't any Santa hats for sale (I checked). Seattle SantaCon is one spectacular night of the year. You'll see several thousand Santa's of all shapes and sizes crowding the Seattle streets as they wander from bar to bar. Like the event description says, "This is much more than a pub crawl, and every time you call it that, a sugar plum fairy dies!" So I won't call it that, but think pub crawl meets the North Pole — it will definitely get you in the holiday spirit.

SantaCon kicks off at 12 p.m. at Fado Irish Pub and Club Contour, then heads through Pike Place Market and splits in two directions — you can choose Belltown or Capitol Hill. Register here to get the full route emailed to you. There are a few rules for SantaCon: Bring cash, no wearing Santa hats and regular clothes, expect lines and more. But most importantly, "My name is Santa. Your name is Santa. We are Santa. Who's in charge here? Santa!" 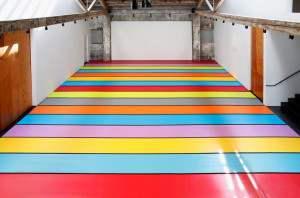 There’s a high probability that at this very moment that the weather is pure soggy, blah. Thus, what could be a better antidote than an exuberant, playful, huge piece of art? Veit Stratmann’s The Seattle Floor invites you to do the most quotidian of movements — walk — but in this space, on these colorful vinyl strips, the art of putting one foot in front of another is anything but ordinary. 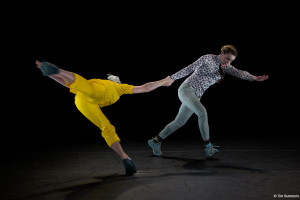 A half-dozen new dance works take on the tremendous change that’s happening in Seattle and riff on what this place might look like in a perfect world. Affordable housing and better mass transit? I sure hope so. A special note: The performers will host a free talk back about what it means to be a socially-engaged artist at 5 p.m. Dec. 13.

As a part of Genius/21st Century/Seattle, the Northwest Film Forum has been hosting events celebrating Seattle filmmakers, with special showings and Q&As, all for free! This weekend, The Stranger Genius Awards teams up with the Northwest Film Forum to pay tribute to a few of its inspiring film winners from over the years: James Longley, David Russo, and Linas Phillips, each masters of a very different domain. I’m most excited about Longley’s Iraq in Fragments, which utilizes two years of filming in Iraq “to create this stunning photographed, politically rendered documentary of the war-torn country as seen through the eyes of Sunnis, Shiites, and Kurds.” On Sunday, catch a retrospective of Linas Phillips (curated by himself), including clips and short films from 2006 to the present, followed by a Q&A with Phillips. 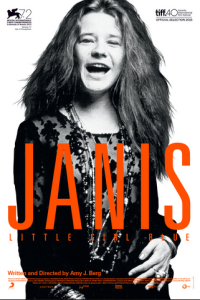 For my generation, all that has carried over of Janis Joplin is a husky voice, big hair, and a vague recognition of her cover of “Me and Bobby McGee.” The trailer for this documentary made me want to explore more about Janis Joplin – her singing, her heartily laugh, her raspy musings and all about her 27 short years on earth. With interviews, films of her while she was alive, and Chan Marshall (Cat Power) lending her voice to read Joplin’s letters, the film paints a portrait of a woman of the '60s who didn’t quite fit in, torn between adventure and stability, vulnerability and freedom, acceptance and individuality. The film is only the second documentary made about Joplin, and 45 years later, has rare access to the people around her, and a rare peek into her too-short life.

Here are TWO ways to get your Peanuts gang fix because, well, this year happens to mark the 50th anniversary of the animated TV classic. Taproot Theater presents a stage version of the Charles Schultz story while over at the Cornish Playhouse, the Jose Gonzales Trio performs the beloved Vince Guaraldi score. Merry Christmas Charlie Brown!

If you go: A Charlie Brown Christmas, Taproot Theatre, Through Dec. 26 (Tickets start at $25).