The best and worst sports moments of 2015 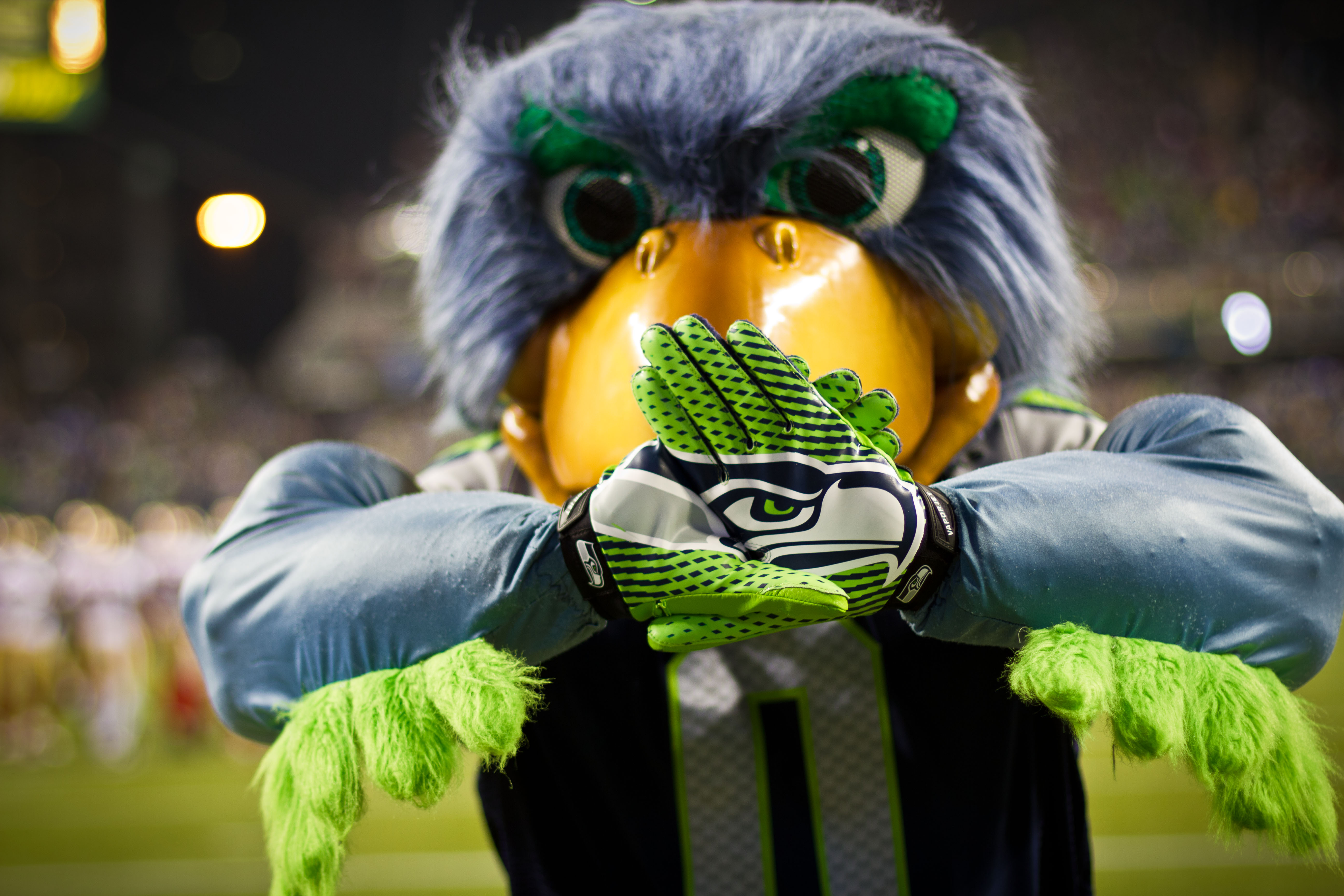 As might be expected, the Seahawks were responsible for some of the year's highest highs and lowest lows.

In 2015, the Seahawks again were at the heart, and heartbreak, of Seattle sports. They followed a flabbergasting win in the NFC Championship over Green Bay with an even more astounding loss in the Super Bowl to New England. Now they continue at year's end with The Quest for the Lost Yard.

Seahawks NFC Championship win over Green Bay: A secular religious experience: The 28-22 win over Green Bay that sent the Seahawks to Super Bowl XLVIX was the best five-turnover-making, fat-guy-touchdown-scoring, onside-kick-recovering, Jermaine-Kearse-failing-and-soaring, Russell-Wilson-blubbering game you will see in the lives of your children's children's children.  And it went overtime. Bruthas and sistahs, may I have an amen?!

U.S. Open at Chambers Bay: Northwest Passage: A former gravel pit turned British links course on the shores of Puget Sound hosted, just eight years after it opened,  the biggest show in golf -- a Northwest first.  A global TV audience watched over four days as the warmest summer on record baked the course from green to brown while the sport's newest star, Jordan Speith, a 21-year-old Texan, cooked the field. OK, the greens turned into broccoli. The rest of the event a rollicking return of big-time golf to the Northwest.

Mariners purge: Z gets X'ed;  his replacement is a Jedi (Je-rry Di-poto): The seven-year tenure of general manager Jack Zduriencik had two winning seasons and no playoffs. The Mariners' 14-year absence from the postseason is the longest in MLB. His firing -- along with manager Lloyd McClendon, who didn't deserve it but amounted to collateral damage -- brought as replacements an advanced analytics student, Jerry Dipoto from the Anaheim Angels, and his acolyte, manager Scott Servais. He began a purge reminiscent of the old Soviet government whenever a five-year plan failed. It's way too early to tell whether the overhaul will work, but the mere acknowledgement that persistent, remorseless franchise dithering had to end was breathtaking.

Awash in frosh: Washington Huskies flash two who went from boys to men in one autumn: Freshmen were more common on the Huskies football team than Amazon blue badges were on the streets of South Lake Union. Two youths were noteworthy: QB Jake Browning, from Sacramento, became the first freshman quarterback in Huskies history to start a season, then set numerous marks for first-year QBs as he grew into the job. RB Myles Gaskin, from Seattle's O'Dea High School, was the first freshman in UW annals to rush for 1,000 yards. After a 45-10 win in the Apple Cup over Washington State to finish the season 6-6,  the Huskies, under trickmaster coach Chris Petersen, are generating some old-school UW arrogance among fans for next season.

Seahawks Russell Wilson: King of Seattle sports drama, and his queen: Biggest non-game tension of the Seattle sports year was whether the Seahawks bosses and and their star QB would reach agreement on a long-term contract extension. They did. Then came the worry by some that Wilson's romance with pop-star diva Ciara was responsible for his substandard start. It wasn't. By December, after a five-game winning streak, the 12s' hand-wringing had changed to fist-pumping. Wilson, behind an offensive line with no pedigree but a splendid capacity for learning, became the NFL's highest-rated passer. And the Seahawks are playoff-bound to resume The Quest for the Lost Yard (see below).

Seahawks lose Super Bowl: The play that can never be unseen: Never in sports-championship history has near-certain victory turned so abruptly into certain defeat. The Russell Wilson-to-Ricardo Lockette pass from the 1-yard line that wasn't, became the single most stunning play in Super Bowl lore. Coach Pete Carroll insisted it wasn't the worst call, only the worst outcome. It may be true, but from shepherds in Mongolia to Bedouin chiefs in the Saudi desert came the same cry: "Give it to the Beast!" Seared in the Seattle sports memory until the sun goes supernova, it can only be overcome by this season's pursuit of redemption, "The Quest for the Lost Yard."

Mariners' season-long trudge: Can't anybody here hit with men on base?: Expectations for playoffs were strong when the Mariners left spring training armed with fearsome newcomer Nelson Cruz, good starting pitching and a bullpen that was among the American League's best in 2014. But not once did the 76-86 Mariners engage the forward thrusters. The longest winning streak was five games, they never saw .500 after 24-24 and, remarkably for a mostly veteran crew, persistently blundered in the field, basepaths, batter's box and dugout. They weren't getting blown out -- they played more one- and two-run games (91) than all but one team in MLB, and led the majors in most extra-inning games (23). But they consistently failed in the crucible, squandering a great opportunity in a fairly mediocre league. Thus, the widespread use of the postseason guillotine (see above).

Sounders fail again: All that money, yet the varmint Timbers win MLS Cup: By far the most consistently successful operation in the history of American soccer, the Sounders have never matched business wizardy with success on the pitch. With perhaps more talent than any MLS team, the Sounders plunged from the summit in the summer before rallying to their seventh playoff berth in seven years. But falling in a playoff shootout in Dallas meant no advance to the championship match, also for the seventh year in a row. Then, horror of horrors, the vile, despicable, contemptible vermin from Portland, the little brothers who couldn't, did -- the Timbers won the first MLS Cup for a Northwest team. The shrieks, lamentations and recriminations have barely subsided.

Washington Huskies basketball: They nearly join Sonics in leaving town: Already seven years without a pro basketball team, Seattle nearly lost its top college basketball team. Eight players, including star guard Nigel Williams-Goss, and an assistant coach left the program following an 16-15 season (5-13 in the Pac-12 Conference) that missed the NCAA tournament field for a fourth consecutive year. The worst crisis in Lorenzo Romar's 13-year tenure in Montlake started 11-0, then collapsed with the midseason ouster of shot-blocking center Robert Upshaw, reportedly over a failed drug test. Cries for Romar’s ouster were parried by a contract that pays him through 2020 and by a recruiting class ranked in the top 20 nationally. At least the university didn't threaten to move to Oklahoma City.

Cougars football coach Mike Leach: Be happy he chose football for a career, not medicine: In helping create Washington State's best season (8-4) since 2003, Leach worked wonders. In attempting to be more than a cretin, he worked blunders. If he wants to engage in little-kid-style secrets regarding player injuries, well, OK. But when his star QB is knocked cold and carted off the field to a hospital, don't tell a national TV audience, "He's healthy as can be. We just rested him in the second half." When it comes to the health of college kids, especially regarding head injuries, there's zero tolerance for sarcasm, mockery, self-aggrandizement or recklessness.