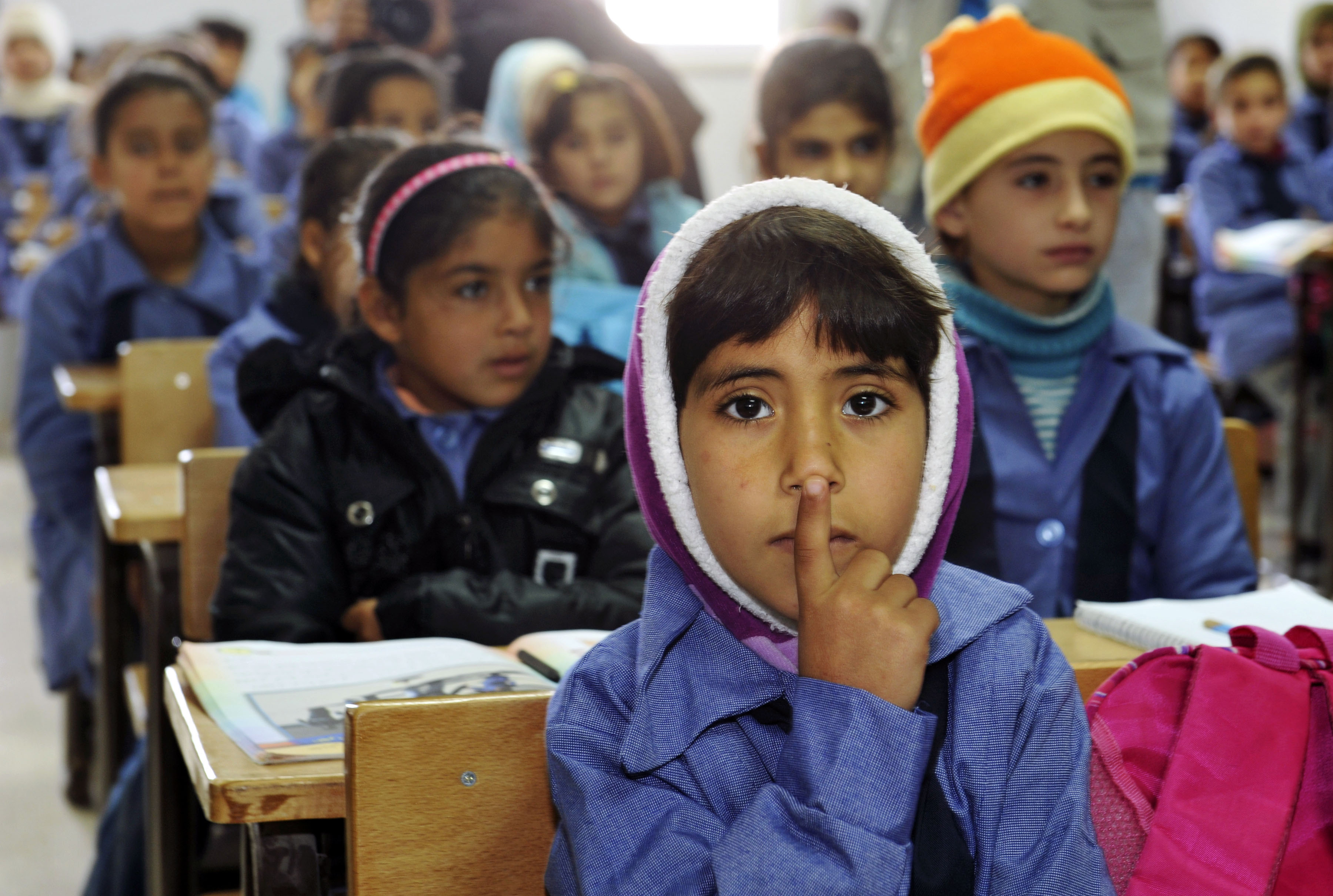 Children inside a classroom at Za'atri refugee camp, host to tens of thousands of Syrians displaced by conflict, near Mafraq, Jordan.

After the November 13th attacks in Paris, presidential candidate Sen. Ted Cruz introduced the Terrorist Refugee Infiltration Prevention Act, a bill to deny asylum to refugees fleeing any country controlled in part by a foreign "terrorist" organization. Candidates have proposed rounding up Syrian refugees living in the United States, closing mosques, and establishing a database to keep track of the whereabouts of Muslims.

Conflating the millions seeking refuge from danger and political turbulence with the extremists who have threatened their safety is a mistake that threatens the core values of our United States of America.

America is a land of immigrants. Like millions of others, I was an immigrant, 5 years old when my family came to the United States in pursuit of a better life. My father loved all that America offered and studied the Constitution as if it were his Bible. I grew up respecting everything America stood for— and wanting more than anything to simply fit in.

Immigrants today are no different. They come seeking a better life and escape from places where life, education and the pursuit of happiness have been denied. I see their faces when I look in the mirror.

Before and during World War II, when our government knew what was happening to Jews throughout Europe, we tightened our immigration policies. At a time when anti-Semitism was prevalent and blatant, we kept our borders closed by fomenting fear that the Jews from Europe could somehow be spies, or would somehow change our American way of life. Polls taken at the time supported limiting if not completely closing our doors. President Franklin Roosevelt leaned on public opinion to advance his New Deal policies, which were more important to his Presidential success than Jewish immigration: political capital would not be wasted on refugees.

We now know that these fears were unwarranted, that the Jews of Europe posed no threat. We let fear and lies distort our values and we forgot that we, too, were immigrants.

Today, we once again live in a climate of fear, when terrorist attacks legitimately threaten our collective sense of well being. In America, elected officials and others are attempting to draw simple lines in the sand, asserting that they can protect us from harm in a world that has not yet learned how to work together against global terrorism. Consider that the victory of terrorism in America could be a country that lives in fear, that votes away our principals of religious freedom, and that closes its doors to the very soul of who we are — immigrants.

Dee Simon is executive director of Seattle’s Holocaust Center for Humanity, which is dedicated to teaching tolerance through lessons of the Holocaust.