A Mossback's look at our best and worst 2015 moments 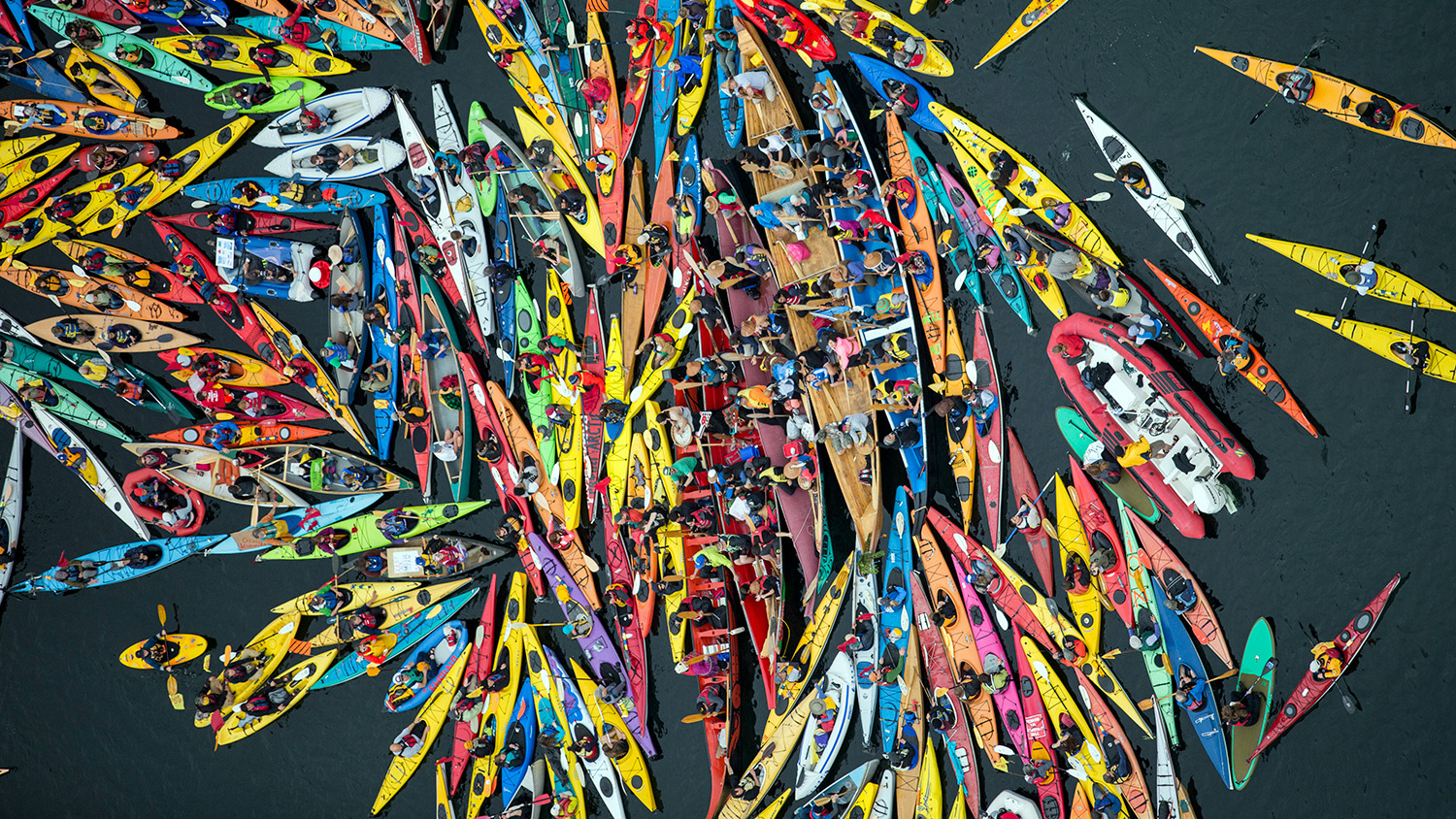 Activists participate in the kayak protest of Shell's Arctic drilling plans on May 16, 2015 in Seattle's Elliot Bay.

Seattle is changing, no question. The streets are torn up, it’s tough to walk a block without having to detour. Even the weather of the last year has been weird, and alarming. Still, Mt. Rainier stands and hasn’t erupted, The Big One hasn’t yet happened, Dick’s Drive-in still serves up its Specials and Deluxes, all of which provide some sense of normalcy. And we still love to talk about the things that make us a unique corner of the world. As we start the new year, here’s a list of 2015's good and bad from a mossback’s perspective.

The Good: Seattle instituted the first district election system in more than a century, having eliminated wards in 1911.

The Bad: Voter turnout in November was lousy and big money still played an outsized role in council races.

The Good: The new City Council will have more women and people of color than at any time in the city’s history.

The Bad: As a progressive city, we still have a long way to go when it comes to dealing with racism.

The Good: Facelifts are freshening up major local institutions such as Nordstrom’s downtown flagship, the Olympic Hotel's $25 million facelift, and the newly opened Filson store in SoDo which brought new life to the Gold Rush-era outfitter.

The Bad: The slowdown of work on the seawall and Bertha’s two-year delay have meant that  iconic businesses like Ivar’s Acres of Clams are struggling because patrons have to navigate a war zone of waterfront construction.

The Good: Seattle enjoyed an amazing amount of sunshine last year with a record number of 90-degree days and a record dry spell. It made people who planted palm trees in the ‘50s look like Nostradamus.

The Bad: The drought caused massive wildfires, stressed salmon runs, caused snowpack to vanish, and could be a preview of things to come climate-wise.

The Good: It looks like members of Puget Sound’s orca populations are robust—reportedly “fat, sleek” and pregnant according to researchers last fall. This is an improvement over recent years.

The Bad: The drought revived talk of tapping the Columbia River to supply water to California.

The Good: Backyard cottages might be an answer to mitigate the lack of affordable bungalows.

The Bad: A draft of the city’s housing plan implied that single-family zoning was rooted in racism.

The Good: Kayaktivists raised a fuss over a Shell oil rig anchoring in Elliott Bay en route to drilling in the Arctic. The Northwest lifestyle hasn’t had better publicity since the Edgewater hotel claimed you could “fish from your window.”

The Bad: Ron Judd announced in a Seattle Times story that “If you weren’t born in Seattle or the Pacific Northwest, you’ll never be one of us.” Even if you buy a kayak, Ron?

The Bad: It doesn’t hold a candle to the hundreds of bookstores Amazon has put out of business.

The Bad: The feds approved for sale genetically modified Frankensalmon.

The Good: Consultants say historic Key Arena could be upgraded for a hockey or NBA franchise, keeping it in play as a viable sports venue.

The Bad: Macklemore’s favorite Thrift Shop is closing, Capitol Hill’s Value Village outlet. You might remember it as the old REI.

The Good: A Seattle activist garnered support of much of the state’s political leadership and  finally convinced the federal government to change the name of Coon Lake in the North Cascades, eliminating a racial slur from the map.

The Bad: The growing tendency for people to use the word “the” before Puget Sound defies more than a century-and-a-half of common usage. You live on Puget Sound, not on The Puget Sound.

The Good: The historic landmark Smith Tower sold for nearly $74 million, and major upgrades are planned by the new owner.

The Bad: Facadism has run rampant in Pike-Pine and South Lake Union, where historic buildings are skinned like hunting trophies.

The Good: Boeing and the National Park system prepare to celebrate their 100th birthdays in 2016.

The Bad: We learned that Donald Trump’s grandfather, Friedrich, was in Seattle and the Klondike during the gold rush and made money from booze, gambling, and prostitution.

The Good: No one missed the quacking and raucous pop music of The Ducks—which turned out to be deadly.

The Bad: With this winter’s El Nino, we might need them to get around.