A park over Interstate 5? Not a new idea 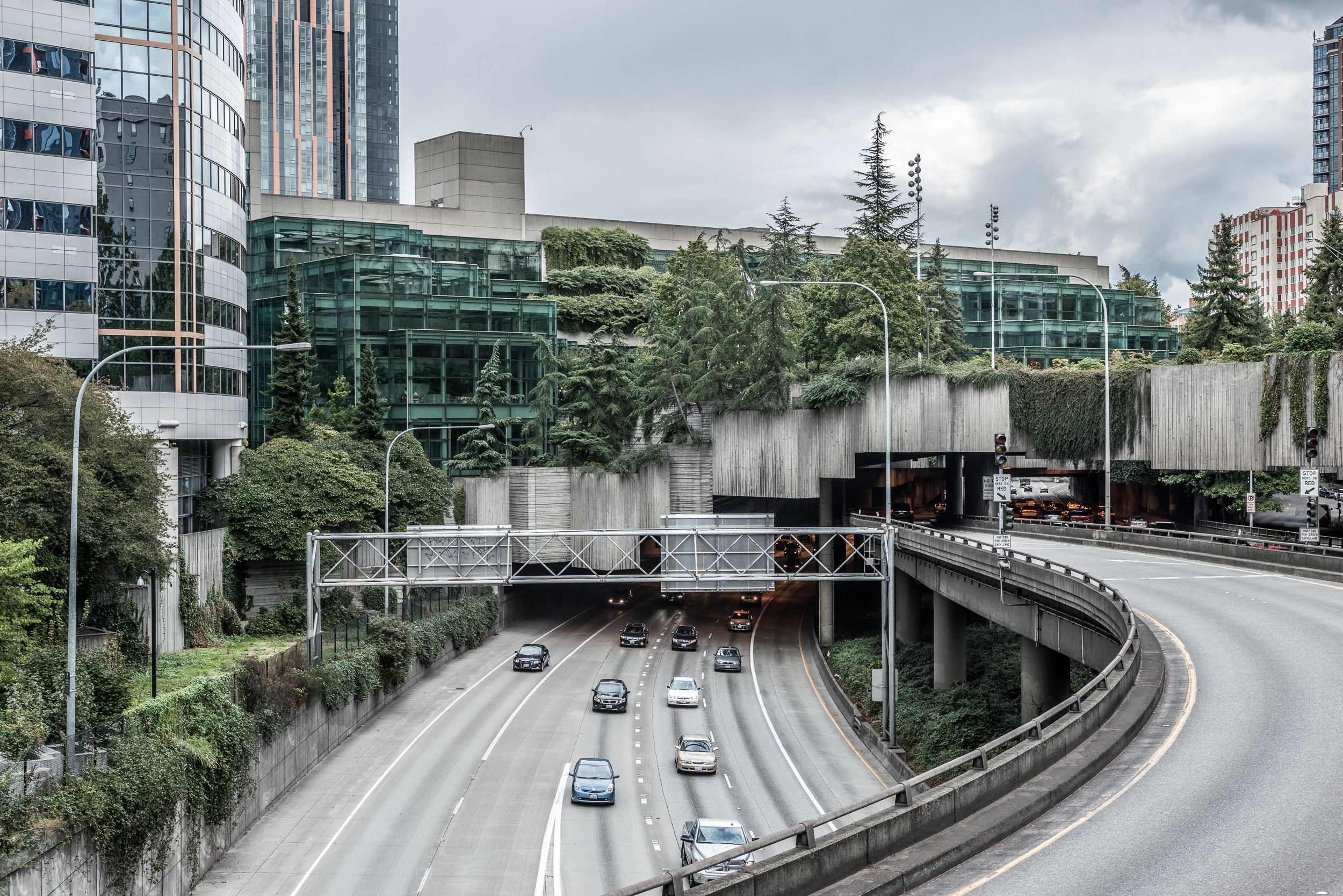 Freeway Park over I-5 in Seattle

A recent issue of the Stranger featured a story by Matt Baume about an intriguing proposal to cover a portion of Interstate 5 next to downtown with a long, broad park. Now, I have long been an advocate of thoughtfully designed public spaces, having written about dozens of them both good and bad and having been involved in the design of some. You won’t find me automatically throwing cold water on a proposal for urban parks.

Unfortunately, many people in Seattle seem to reflexively do just that. The reasons are tiresomely predictable: a) they will just become havens for homeless, b) they will attract drug dealers, c) they will be ruined by skateboarders, d) they will be trashed by vandals, or e) all of the above. Depending who you talk to, the list goes on. I don’t buy any of it. There are scores of fine, well-used, well-cared-for parks and public spaces throughout the Pacific Northwest in cities of all sizes.

Note to Matt: A park over I-5? WE ALREADY HAVE ONE.

Honestly, I cannot understand how a local writer could compose over 25 paragraphs on this subject without once mentioning the existing Freeway Park. For a second, I thought the piece was getting there. “Seattle has already done it - twice.” Then, the two examples mentioned are the lid over I-90 and Mercer Island. (The latter was actually the result of Islanders suing the State for years and holding up the completion of I-90 in the process, making it the single most costly segment of that freeway by a good measure. It was not proposed as a cool design idea.)

I suppose this could be an inadvertent commentary on the Stranger’s current state of editorial oversight, or lack thereof, but, really, some editor should have said: “Um, hey Matt, aren’t you forgetting something?”

I have a theory about this wildly glaring omission: We don’t even think about Freeway Park. Indeed, when was the last time YOU were there? Five years ago? Twenty years ago? Perhaps never? Freeway Park has been with us, hiding in plain sight, for over 35 years. It has been featured in countless articles and textbooks. It has garnered multiple design awards and kudos. It has been ooh’d and ahh’d at by many visiting groups from other cities.

In a sense, Seattle pretty much invented the idea of covering an interstate freeway with green space.

But locals, for the most part, don’t use Freeway Park. Although it’s filled with mature trees and lawns and fountains, the one thing that is missing is people. I’ve walked through it in the middle of the day and have come across not one other person for hundreds of feet.

Like many other public spaces, it’s too large to fill with uses and programs that provide eyes on the space. People can look directly down on it from nearby towers, but there are no shops, cafes, or homes that front it. Very large urban parks are really hard to activate so that they are perceived as safe. A small handful of exceptions prove the rule: Grant Park in Chicago is one of the few that work well.

Actually, New York City covered a highway decades before Seattle on the East River Drive. A series of small parks are perched on the lid at the ends of cross streets. One of them is famous, having played a prominent role in Woody Allen’s film “Manhattan,” including the romantic poster image. The Stranger article cites a few other examples such as Dallas, Duluth and Columbus (not sure which Columbus, but OK). Not mentioned is Boston’s much more well-known linear park over I-93 (aka the Big Dig), which much of the time is itself empty despite being near lots of density.

Moreover, the current idea for covering I-5 is not new. The original concept for Freeway Park was to keep on going northward. Angela Danadjieva, designer with landscape architect Lawrence Halprin whose firm designed the park, envisioned an extension climbing up and over the convention center and touching down on the north side. That grand idea was dismissed as being wildly expensive – both to build and to maintain.

In fact, Seattle has had a long history of rejecting Big Ideas. Over 100 years ago, an ambitious idea for a civic center for the flattened Denny Hill – called the Bogue Plan -- was turned down by voters. Five decades later, a plan for an expansive regional rail network was roundly rejected. In the mid-1990s, voters turned down the Seattle Commons, which could have been the city’s Central Park. More recently, tens of millions were wasted on a proposal to build a city-wide monorail. Somewhere in a vast warehouse are crates of documents and drawings that hundreds of engineers and architects toiled over for years -- for naught. Think something like the scene at the end of the Raiders of the Lost Ark.

While other cities have set up big redevelopment agencies that sweep through an area, buy it up, and construct buildings, streets and public spaces – including affordable housing -- there is no appetite here for that kind of sweeping authority. Big ideas might be initially appealing to some folks, but ultimately we give them the boot.

My intent is not to dispute the merits of covering the freeway. It’s just that we don’t have a history of pulling off something that large – nor of even wanting to. Nonetheless, some of the touted advantages are just naïve. For one, covering the highway would not make toxic fumes go away. Many thousands of vehicles would still spew carbon monoxide. A lid would just compound the problem by containing them in an enclosed space. The necessary ventilation and air quality treatment requires huge vent stacks and tons of mechanical equipment. Just take a look at the trios of enormous yellow exhaust pipes on the blocky boxes recently erected to serve the tunnel under downtown.

Decades ago, when Metro was considering running gas-powered buses under Third Avenue, an analysis was done to determine the necessary ventilation. 50-foot high ventilation ducts were needed every few hundred feet. That big idea was quickly abandoned.

Now, I am no fan of I-5. It’s an ugly scar on the urban landscape. But for the time, money and resources that a long, sweeping, landscaped lid would consume for many years during design and construction, the City would be better served by a sweeping program that would invest in neighborhood livability -- one that would include building housing that is available to moderate income households.

That is a project I could get behind.