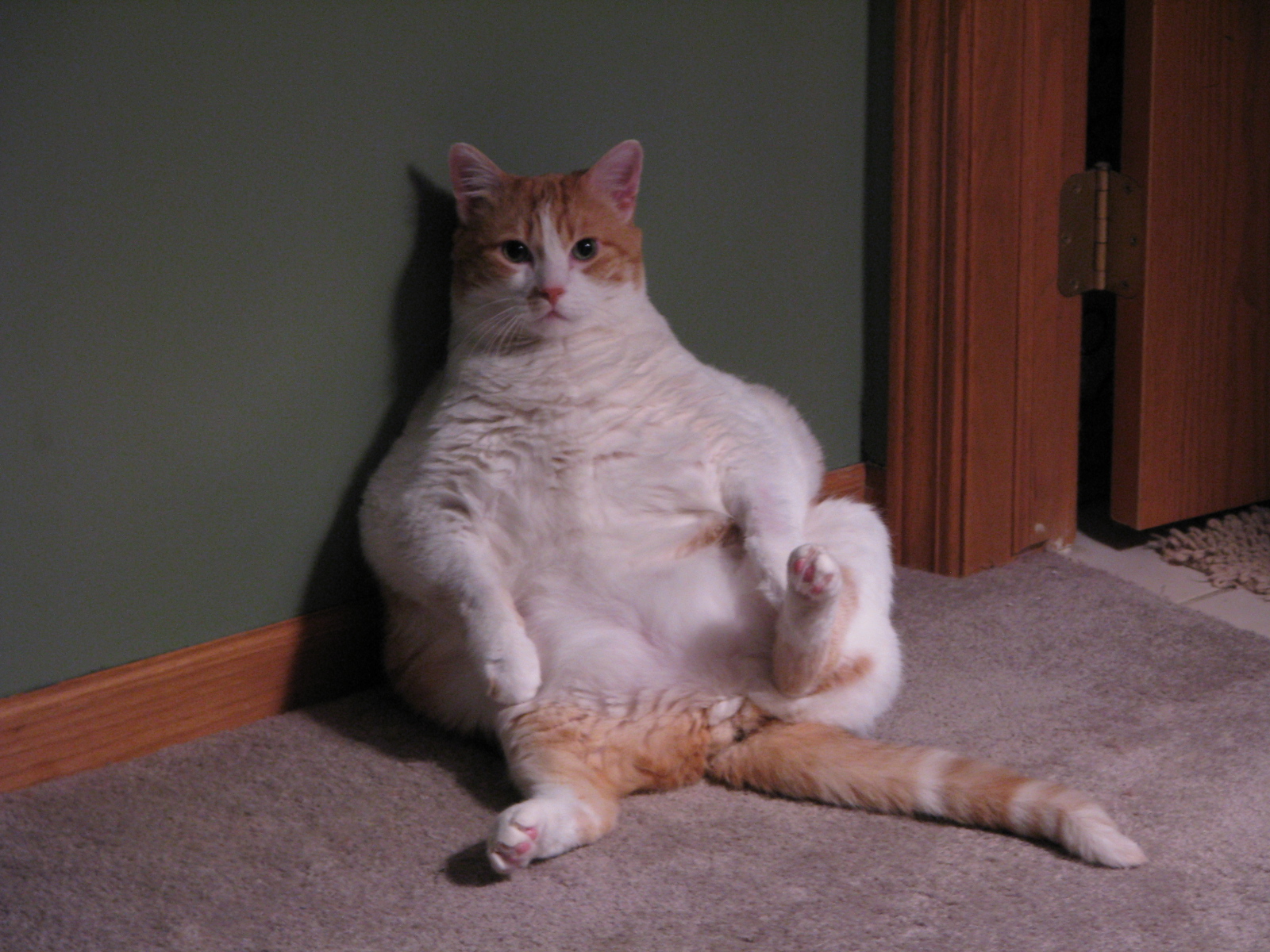 A cat with some weight issues, which do not make it any less valuable. Except at Seattle Humane, from now until January 17.

Every January, it’s common to see “A new year, a new you!” advertisements and gym promotions plastered everywhere. But we were taken aback when a  press release offering “chubby cats for petite prices” landed in our inbox, sent by Seattle Humane. Why were they calling out the chubby cats, and saying they were worth less? Wasn’t this fat shaming?

The organization is currently offering a “chubby cats" promotion until January 17, with a $1 per pound discount on adult cats. The adoption fee is $25, so if you wanted to adopt the fattest cat they have available, you’d only pay $2. Their current heavyweight champs are Raoul at 23 pounds, and Consuela, who weighs 20.

Seattle Humane spokesperson Laura Follis took a few minutes to talk to me about cat snuggle factors, the rationale behind the promotion, and why cat fatness is actually a serious issue. The following has been edited for length.

I don’t think it’s just because they are fat cats that they are surrendered. A lot of reasons go into someone bringing a cat to us. It’s not just partial to fat cats.

It seems to me that fat cats would be more fun to snuggle with.

Well, yeah and certainly fluffy cats, they have a high snuggle factor. But all cats have very soft fur and are very snuggly. A chubby cat is actually a serious issue, because an overweight cat has the same kinds of health risks as an overweight person.

Is there an influx of chubby cats right now?

No, I wouldn’t say that. We have a certain number of “full-figured felines” and that is a steady situation. This is a bit of tongue and cheek promotion, but it is surrounding a serious topic. We are sort of tapping into other people who have their new years resolutions, and looking for a workout buddy. Well, you can work out together!

So people, for new year's resolutions, you envision them taking cats for walks?

Yeah, I mean taking a cat for a walk isn’t as easy as taking a dog for a walk, so not all cats are up for it. It’s some work getting them used to a harness and a leash, but it is a great option for the cat if they go for it. There is plenty of exercise an indoor cat can get, and they don’t have to go outside for that. There are everyday things you can do.

Is this "fat shaming" cats?

No, not at all. It’s accepting cats, they come in all shapes and sizes and that is totally true…. I think absolutely we aren’t doing that. What we are saying is, make sure you talk to your health professional and check to make sure your cat is a healthy weight. This is just an awareness campaign to get people thinking about it.

All of our cats fit into this promotion. We aren’t only identifying chubby cats… It just so happens the way it is structured that the more the cat weighs, the more money you will save.

We aren’t calling out certain animals, it's only based on adult cats. The promotion is to create awareness and get people’s attention that maybe they want to get in shape with an animal, and do it together.

Does it cost more in time and money for Seattle Humane to have fat cats?

Certainly not. We provide the same level of care for all of our animals. Quite frankly we have animals all over the spectrum that have different types of needs… So I can’t really say any generalization on certain sized cats.

Will you do this with dogs, since people can exercise more easily with dogs?

We don’t have plans for that right now. 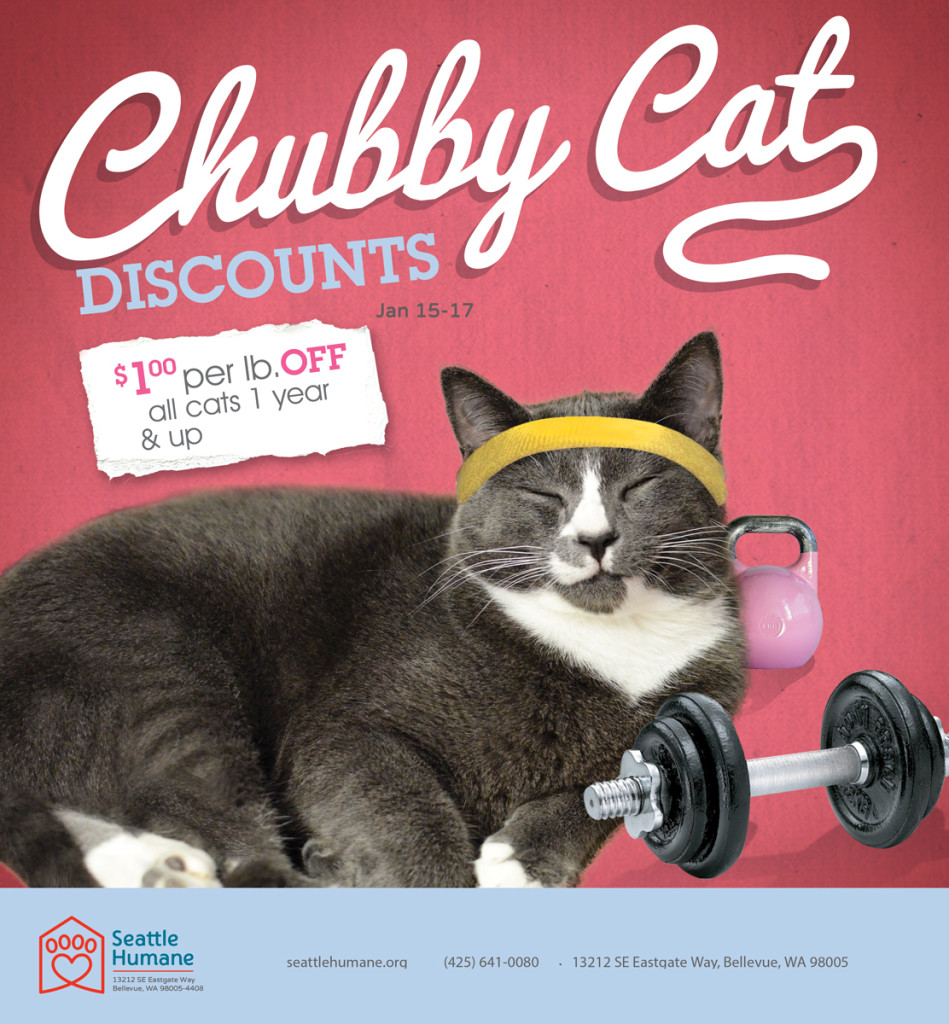