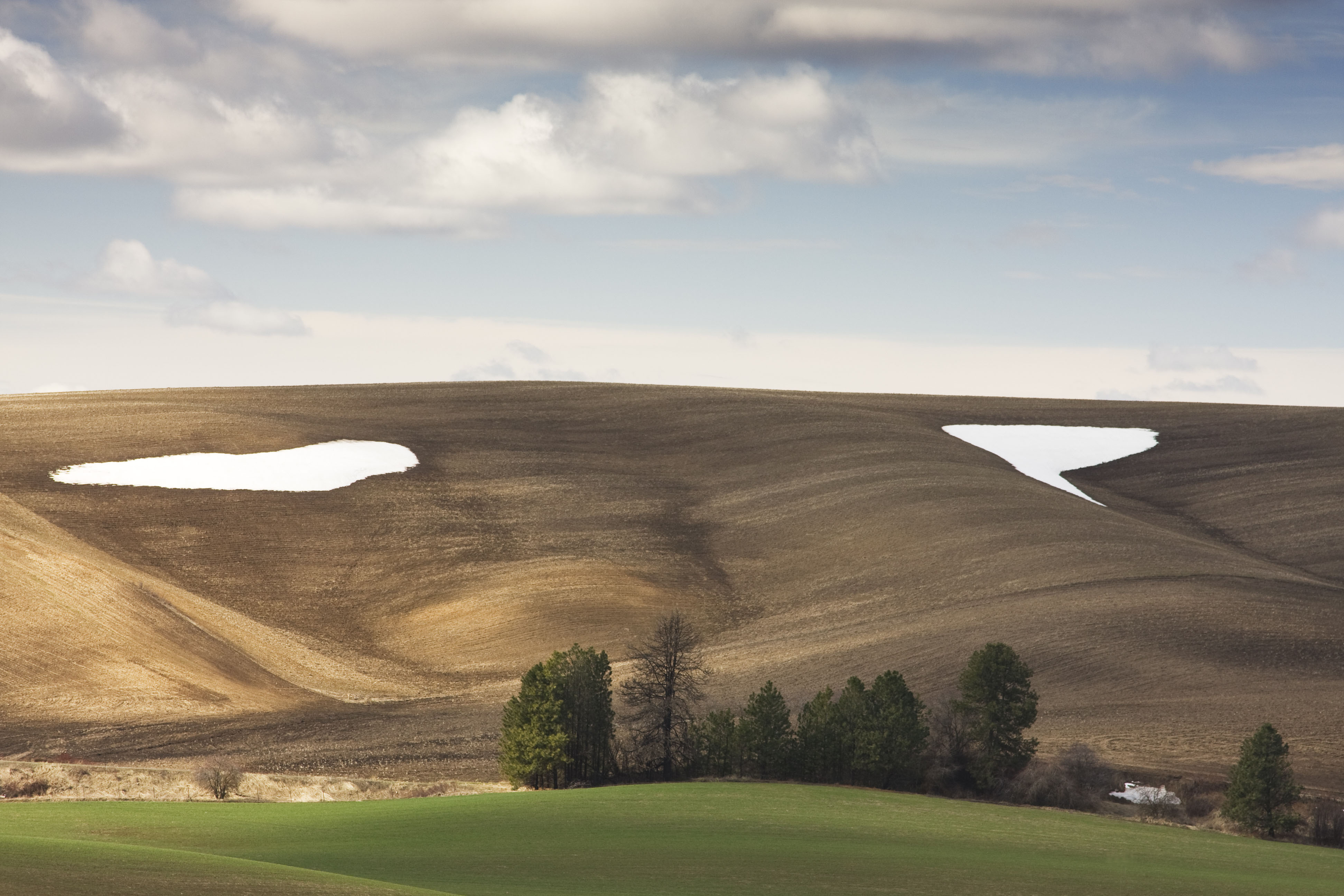 A hill in Palouse, near the border of Idaho and Washington.

The occupation of Malheur National Wildlife refuge in southern Oregon has generated national attention to rural angst and the revolutionary discontent in the West. While the notion that the federal government should somehow withdraw and turn lands over to the states is, for some, a red-state solution, other options continue to percolate.

I’ve summarized some of the history of Pacific Northwest secession movements previously (a quick list is here), but there are continuing efforts to create new states or combine existing states in new ways. These movements provide some context for the occupiers' politics. For the most part, they are often cries to address a sense of a growing and untenable urban-rural divide.

The West is heavily urbanized — most of the population is in big cities while much of the land area remains empty. Political clout increasingly lies where the most voters are. I heard someone observe recently that without Seattle, Washington would be Idaho; the same might be said of Oregon without Portland. While overly simplistic, that kind of sums up the issue.

Many in rural areas feel aggrieved, especially when it comes to issues like gun control, taxation, environmental regulations, the proposed $15-and-hour minimum wage. On the extreme, some would like to see the region carved up differently. It’s particularly tempting in the West because the ink is less dry on the maps than many other parts of the country.

The issue of separatism isn’t new, but it’s definitely undergoing a mini-revival. And even though these efforts continue to be at the political margins, they’re worth noting. If nothing else, they are persistent and generally consistent. The secession saber-rattling comes mostly from the right.

Take Oregon. Fairly well known is the so-called State of Jefferson movement that originated back in the 1940s when upset ranchers and others wanted to create a new state in southern Oregon and Northern California. That talk continues to this day. Before there was Jefferson, however, there was the proposed state of Jackson back in the pre-Civil War era, when influential politicians wanted to create a slave state in southern Oregon. The Jefferson movement echoes this, without the slaves – a distaste for a liberal-dominated national government continues to be the main rationale.

A new twist comes in reports of a proposal to have the eastern half of Oregon, along with eastern Washington, detach and combine with a neighboring state. Instead of the state of Jefferson, meet Greater Idaho. This annexation idea would put like minds (and similar rural economies) in one state and let the west-siders be damned. No word on whether Idaho is even interested, but they might not bee too enthusiastic to take on rural counties that are often heavily dependent on taxes from more populous and prosperous areas.

Further south, the Jefferson movement is definitely alive in Northern California, whatever their Oregonian compatriots are doing. A number of local California politicians and counties have expressed their desire to depart from the Golden State. A recent article in Reason magazine offers an overview. A rally was recently held in California’s capital of Sacramento, during which 15 declarations from California counties were presented that supported withdrawal from the state, reflecting a feeling of marginalization by city-based Democrats.

Talk has been active in Washington state in recent times, too. Last year, a bill in Olympia – sponsored by eastern Washington Republicans in the Tri-Cities and Spokane area – sought to create a commission to explore dividing the state in half at the Cascades, severing east and west. It went nowhere. Another proposal floated on talk radio last year was to split Washington in two, but not at the Cascades. This was so a new state, dubbed Madison, could have a saltwater port. Still, the notion was that Madison would feature lower taxes and less regulation.

While environmentalists have sometimes fantasized about an entirely new country, a liberal Northwest Ecotopia, the right has its own unusual visions. Out on the furthest edges of secessionism, the white supremacist Northwest Front imagines a white homeland consisting of much of the old Oregon country — Washington, Oregon, Idaho and western Montana. This would be, according to their leader Harold Covington, as quoted in Politico, “kind of like the white version of Israel.”

As tiresome or outrageous as the rhetoric of the Malheur occupiers might be, it is worth remembering that it reflects an underlying restlessness some Northwesterners feel. Such separatist fantasies are a historical and cultural factor in the region, and at the margins, a political one too.