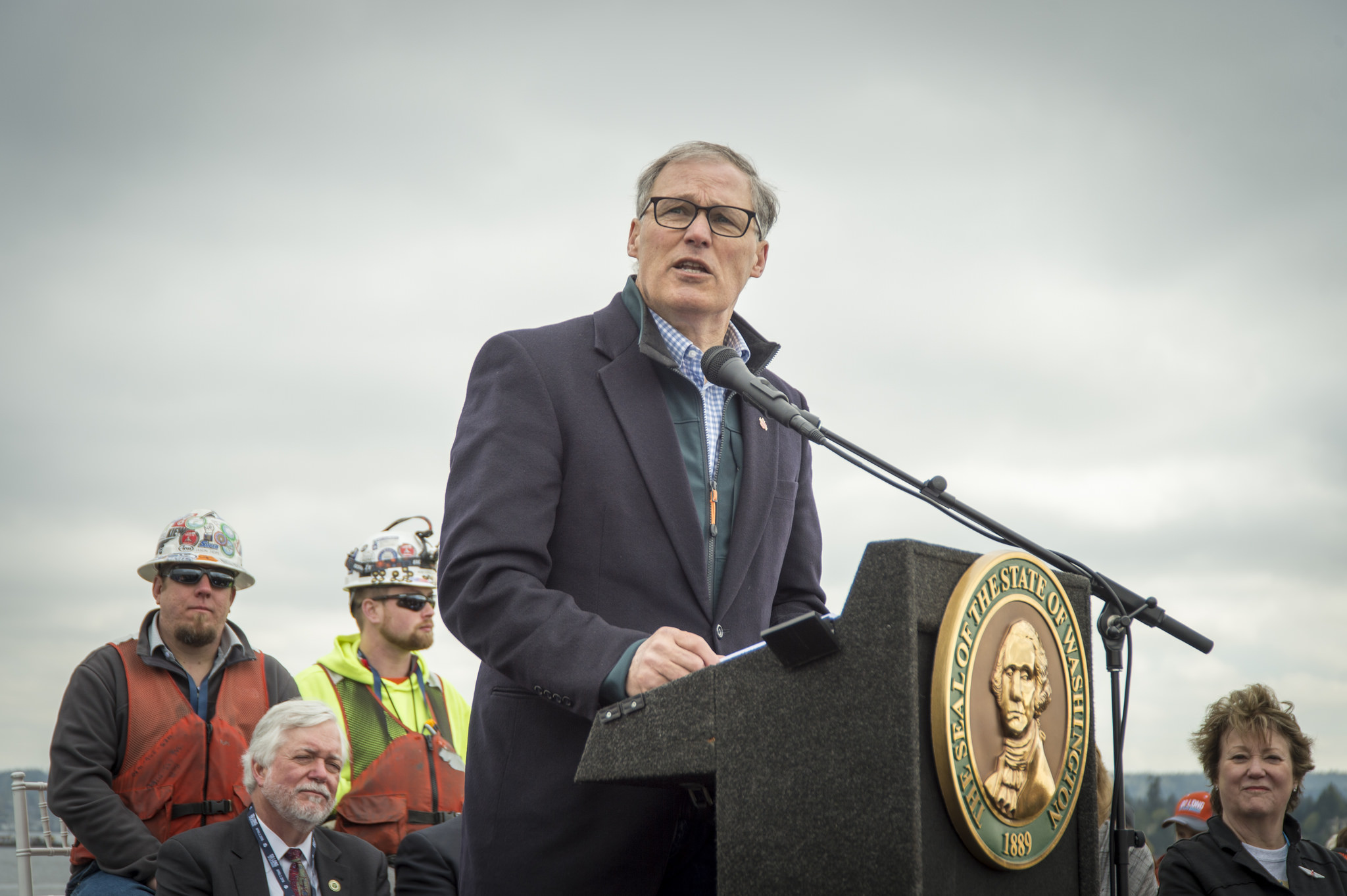 In back-to-back press conferences, State Senate Republicans and Governor Jay Inslee traded barbs - if not outright accusations of deception - over the Governor’s barely-started investigation into the accidental early release of as many as 3,200 prisoners.

The mistake affected about three percent of the prison population since 2002. Inslee announced the issue’s discovery three days before Christmas, saying he had been made aware of it the previous day. Soon after, he appointed two former federal prosecutors to head an independent investigation into the events, which he blamed on a computer glitch and repeatedly termed “a debacle.”

Senate Republicans announced Thursday that they would seek to empower a Republican-led committee to conduct its own investigation into the events. Followed by a press conference from Inslee that addressed their announcement, the day’s events seemed to mark the official transformation of the issue into a drama with a distinctly political flavor.

In a late morning briefing, Republican Senators Mike Padden, Steve O’Ban, and Senate Majority Leader Mark Schoesler announced that the Senate Law and Justice Committee – which Padden chairs – would seek subpoena power to conduct their own investigation. The three called into question the transparency of the Governor’s investigation as well as the Governor’s involvement in it - which Shoessler said amounted to the governor investigating himself, since the head of the state Department of Corrections reports to him.

Further, Schoesler accused Inslee of using the holiday season to “sandbag” release of information about the events, pushing it “into a slow news cycle.”

After they’d delivered their statements, a reporter asked if Senate Republicans hadn’t also “sandbagged” their announcement, as it took the form of a letter addressed to the Governor that was sent out after the end of the workday, and was sent to reporters before it went to the governor’s office. Schoesler's only response was to repeat earlier criticisms of Inslee’s investigation before walking away.

In a general question-and-answer session with reporters that followed, Inslee focused most of his time on responding to the Republicans’ remarks. Admitting that an initial documents request by Senate Republicans to the Department of Corrections had been handled poorly - it was returned under a notice of procedural error - Inslee insisted that his office had received no specific inquiries from Senate Republicans, and would have been happy to share information if asked.

Asked whether his commissioning of the investigation might amount to a conflict of interest, Inslee sidestepped the question to some extent. He declared that he would not be controlling the investigation, but addressed the propriety of his involvement with a rhetorical question: “What are they proposing, that I not get to the bottom of this?”

Inslee spokesperson Jaime Smith also issued a statement accusing Senate Republicans of a “dishonest, publicity-seeking campaign” that could “threaten the state’s ability to get to the bottom of this and ensure appropriate accountability measures can be taken.”

With two investigations getting underway – one in a Republican-led committee and the other liable to claims of influence from a Democratic governor – the lingering question is just how much of a election-year hot potato the issue will remain in coming months.