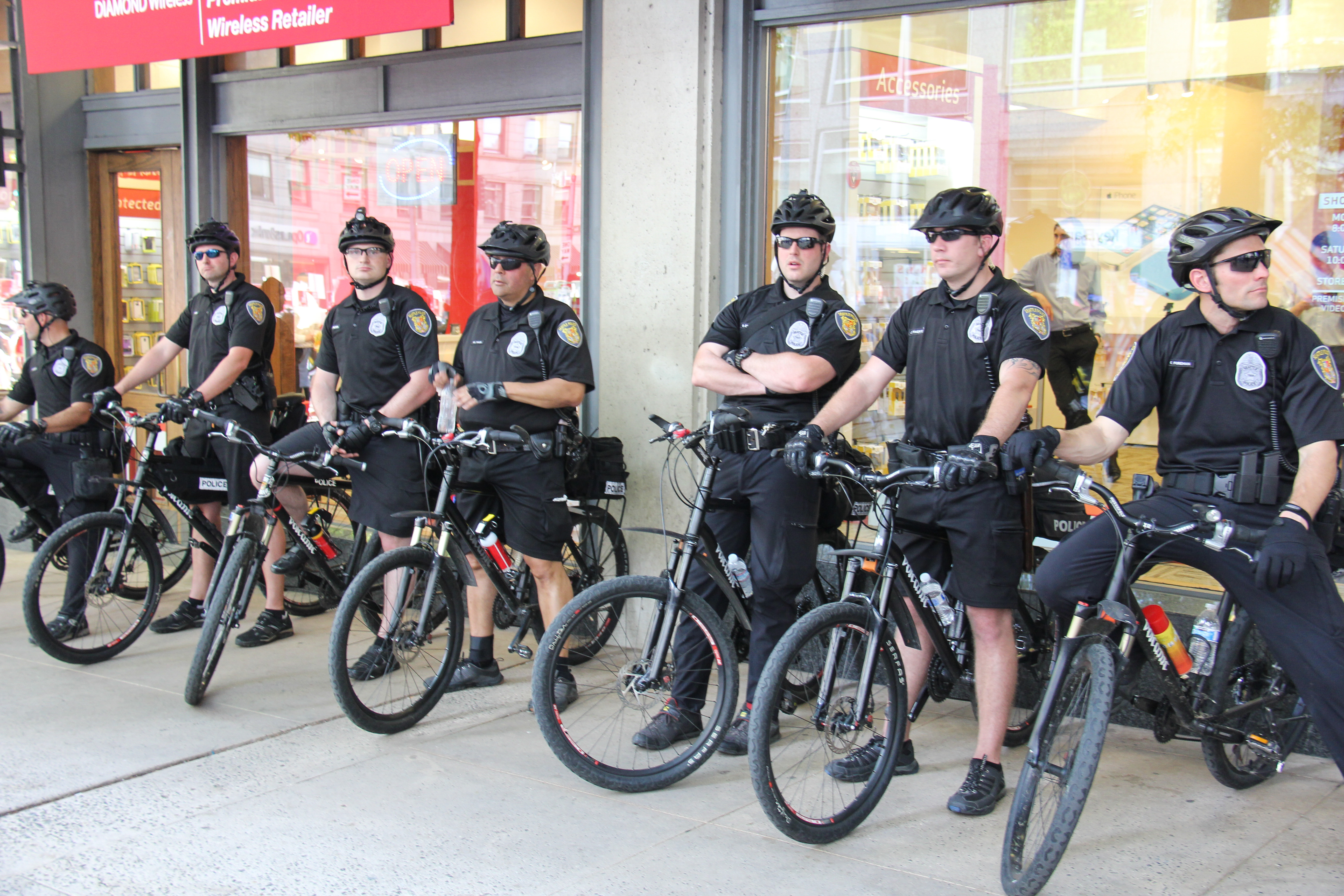 SPD is not very diverse. It needs to work harder to fix that.

The Seattle Police Department is not doing enough to recruit people of color, or to connect with the city's diverse communities. That’s according to a report released Wednesday from the Community Police Commission, the civilian advisory board created as a part of Seattle’s agreement with the Department of Justice to reform the police department.

The report doesn’t come down too hard on the department, crediting it for being more proportionally diverse than in other cities, and praising the Recruiting Unit for its “energy, accessibility, and the level of personal engagement exhibited with potential applicants.” It also says that “SPD conducts significant outreach to racial/ethnic communities.”

That said, the department is 74 percent white, about nine percentage points above Seattle’s overall population. While it doesn’t come anywhere near accusing the department of exclusion, the report does criticize its “colorblind” approach to hiring and mentoring new officers. “Recruitment lacks an explicit strategy for increasing diversity,” reads the report, contending that a lack tools to monitor multi-ethnic individuals in the hiring process necessarily results in a skewed demographic among officers.

With recent, high-profile deaths of young black men at the hands of police nationwide, the divide between communities of color and the police feels especially pronounced. In Seattle, while overall public confidence in the police department is reportedly on the rise, a recent report from the monitor overseeing Seattle’s reform efforts shows that trust among communities of color remains low. The CPC’s report reflects that same reality:

“Our interviews and listening sessions within some of these communities revealed that [they] associated police with bias and unequal treatment, assumed policing [is] a white-dominated and racist profession, …expected that peers would see them as a ‘sell out’ if they were to work in law enforcement, … [and] believed that cultural differences would preclude them from fitting into SPD.”

The root case of this, the CPC posits, is that communities of color don’t see themselves in the skin tone of the city’s officer. “There aren’t enough people ‘like us,’ on SPD,” the report quotes an interviewee as saying. “We want to see officers in our community who share our physical traits and cultural values.”

Building trust between the police department and the communities they serve is not only a priority in Seattle, but of President Obama, whose Task Force on 21st Century Policing is designed to close this trust gap. In this respect, hiring a diverse police force becomes something much greater than a symbolic effort, but a tactic that will make police work more fruitful.

Since it began reforms, the Seattle Police Department has added 4 hours of bias-free policing training as well as more scenario training meant to internalize the department’s new emphasis on de-escalation and crisis intervention. At the Washington State Police Academy, where every recruit in the state spends about 5 months, Executive Director Sue Rahr has started something of a national movement with her mantra of cops acting like “guardians” and not “warriors.”

But the CPC concludes that the department’s approach to community engagement training still lacks the pieces necessary to actually develop the skills necessary to bridge cultural divides within Seattle.

Specific recommendations in the report for improving the department’s diversity and community engagement skills are scarce. In some ways, approaching the problem poses the same challenges as approaching institutional racism across the country. For example, the same achievement gap that plagues schools also haunts the city’s civil service exam, one of the steps in the process toward public employment, including jobs in the police department.

The report suggests re-examining the city’s scoring system. And when recruits are dismissed from the application, the reasons should be more transparent. Further, as the department does outreach, the report’s authors suggest it should tailor that effort toward racial and ethnic communities.

The report is most specific regarding training, offering a system known as the Reno model, a method already employed by the King County Sheriff’s Office. In that model, traditional field training tactics are substituted in favor of learning how to partner with community members. However, Assistant Chief Lesley Cordner said in the report, “A transition to [the Reno model] is long and labor-intensive. For a big agency like Seattle to get something like this implemented would be huge. It can be done, but it will take extreme dedication and commitment.”

The Seattle Police Department almost certainly needs to increase its police force by at least a hundred officers, maybe more. For some, including president of the Seattle Police Officers Guild, Ron Smith, the need is at a near crisis. Mayor Ed Murray has made it a priority of his to hit that goal in his first term.

Diversity is perhaps a separate challenge from bringing the force up to scale. But in the words of economist Paul Romer, “A crisis is a terrible thing to waste.”