Seattle goes after a Goliath: Monsanto 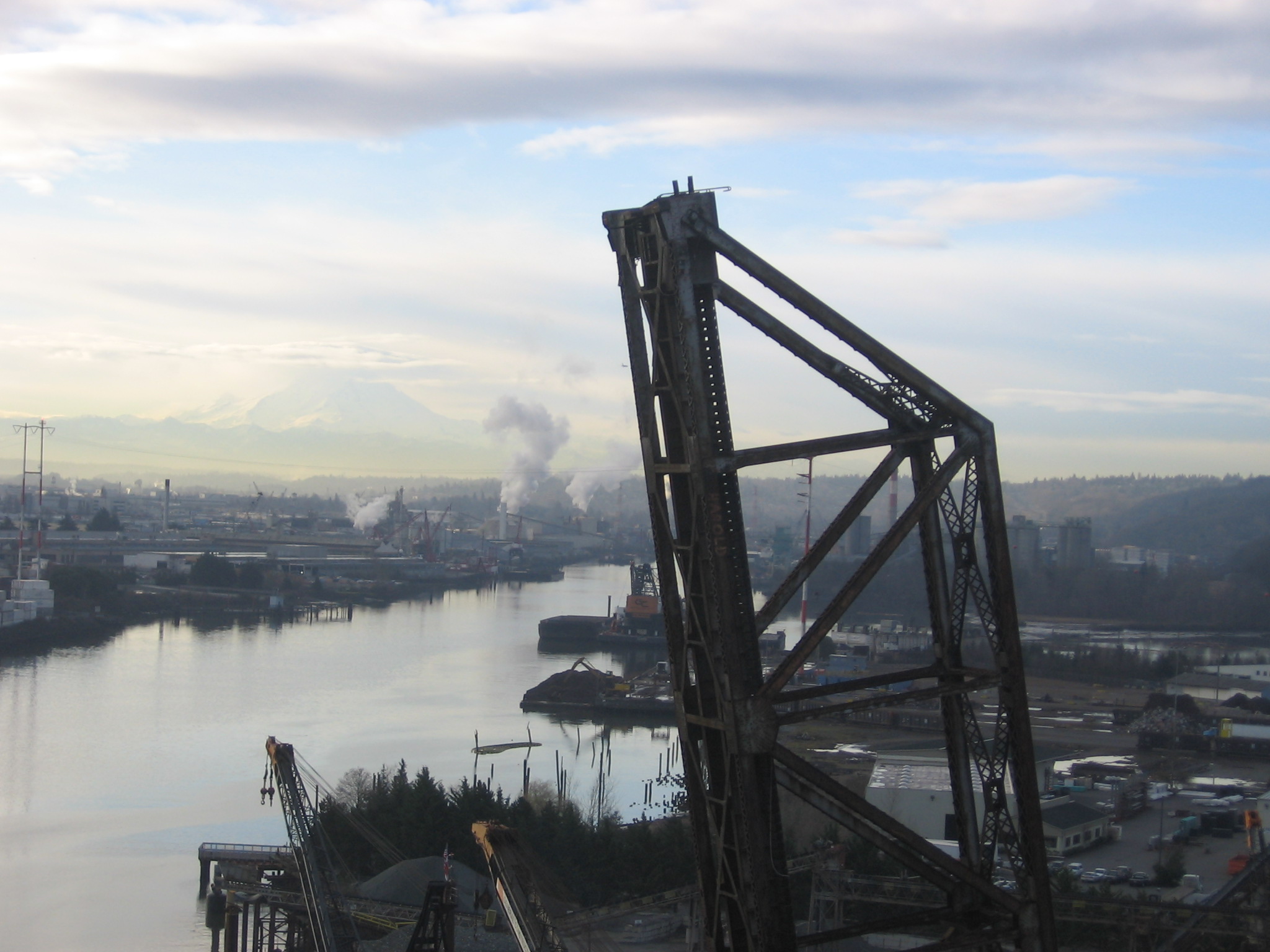 A crane is used in Lower Duwamish restoration work.

The Duwamish river is filled with polychlorinated biphenyls (PCBs), a harmful and now-illegal chemical once used in coolant and other industrial strength fluids. On Tuesday, City Attorney Pete Holmes was less concerned with who put the PCBs there and more with who made them in the first place. His answer? The massive international agriculture company Monsanto.

Holmes announced in a press conference Tuesday that his office has filed a lawsuit to bring the company — often painted by environmentalists as a James Bond-style super-villain — on board with the herculean cleanup effort. Laura Wishik, the head of the environmental protection arm of the City Attorney's Office, said the total damages sought by the City would get worked out in litigation.

Although still in its early stages, the lawsuit will likely come down to some basic arguments. From the city, it’s that Monsanto — the sole North American producer of PCBs from the 1930s until they were banned by Congress in 1979 — knew PCBs were harmful well before they were banned, but continued to manufacture and sell them. To prove this, the lawsuit quotes internal memos from as early as 1937 that show an awareness of the toxicity of the chemical. For Wishik, there are “lots of smoking guns.”

On the other side, Charla Lord, a spokesperson for Monsanto, said in an email, “PCBs sold at the time were a lawful and useful product that was then incorporated by third parties into other useful products. If improper disposal or other improper uses allowed for necessary clean up costs, then these other third parties would bear responsibility for these costs.” There is no Monsanto plant on the shores of the Duwamish. Lord also added that Monsanto voluntarily stopped production of PCBs in 1977, two years before it was banned.

Wishik said the City should expect the case to play out for years to come.

The notoriously dirty Duwamish has been classified as a Superfund site. Its cleanup is the subject of a consent decree issued by the Environmental Protection Agency and the Washington Department of Ecology, requiring the City to increase its efforts to reduce PCBs there. Part of that effort is the construction of a stormwater treatment facility in South Park priced at $27 million. That’s on top of the $342 million cleanup for the Lower Duwamish and the $267 to $443 million cleanup of the East Waterway.

In its lawsuit, Holmes’ office essentially argues that the presence of PCBs was totally out of the City’s hands and so it shouldn’t be solely responsible for paying for cleaning them up. How much the City expects Monsanto to contribute — whether it would be just toward the construction of the treatment facility or some portion of the larger cleanup effort — is still unclear.

PCBs now live in the same dark closet as DDT, asbestos and tobacco for the devastating health effects in a human body. In the case of PCBs, it starts with rashes, lesions, headaches and coughs, but can reverberate much more deeply into the livers and kidney. Pregnant women exposed to PCBs can give birth to children with cognitive delay and motor issues. In some of the worst cases, PCBs can also ravage the thyroid, which controls metabolism, body temperature, growth and even the body’s ability to fight disease.

The people most likely to be exposed here are those who fish and dig shellfish in the Duwamish. For the poor, faced with the need for food or worries about an unknown amount of an invisible chemical, the decision is often for the fish.

The City has shown of late it is willing to butt heads with major corporations and even the federal government over unionization rights for drivers with ride-hailing companies, the $15 minimum wage and recreational pot. But those instances generally have the City on the defense. Holmes’ decision to go on the offensive came as a direct result of a phone call from the City Attorney of Spokane, who recently filed a lawsuit against Monsanto for contaminated stormwater. In California, San Jose, Oakland, Berkeley and San Diego have also filed complaints.

Charlie Tibbutt, a longtime environmental lawyer out of Eugene, sees the case as fitting well into a long line of successful lawsuits against companies that produced DDT, asbestos and tobacco. Holmes’ decision, he says, “is not groundbreaking.”

“There are probably hundreds of cases filed similar to this one of the manufacturer ultimately being responsible, especially knowingly putting into commerce extremely dangerous chemicals,” he said. Tibbutts estimated that these cases go in favor of the plaintiff more often than not.

Monsanto is no stranger to litigation on a wide range of environmental questions and Holmes acknowledged he expected a fierce defense. Specific to PCBs, Monsanto has had a mixed record.

In the early '90s, the company was sued by companies who’d purchased PCBs from Monsanto. The cases were mostly dismissed as the chemicals had been labeled and came with protection protocols.  In 2003, Monsanto and one of its subsidiaries Solutia Inc. agreed to a $700 million with the city of West Anniston, Alabama. In that case, Monsanto had a hand in the dumping of PCBs.

A 2014 case may be the most similar to the lawsuit filed by Seattle. The company was sued by three people who had developed non-Hodgkins lymphoma from PCBs in their food. Monsanto was not found responsible, essentially because the link between PCBs and the cancer cases was too weak.

The Seattle case will be unique, however, in that the suit does not directly relate to the health effects of PCBs. Discussion of cause and effect, therefore, likely won’t be as strong an element. The EPA has already mandated a cleanup of the chemical: The question is just whether or not Monsanto ought to help.