At State of the Union, Seattle held up as model for police reform 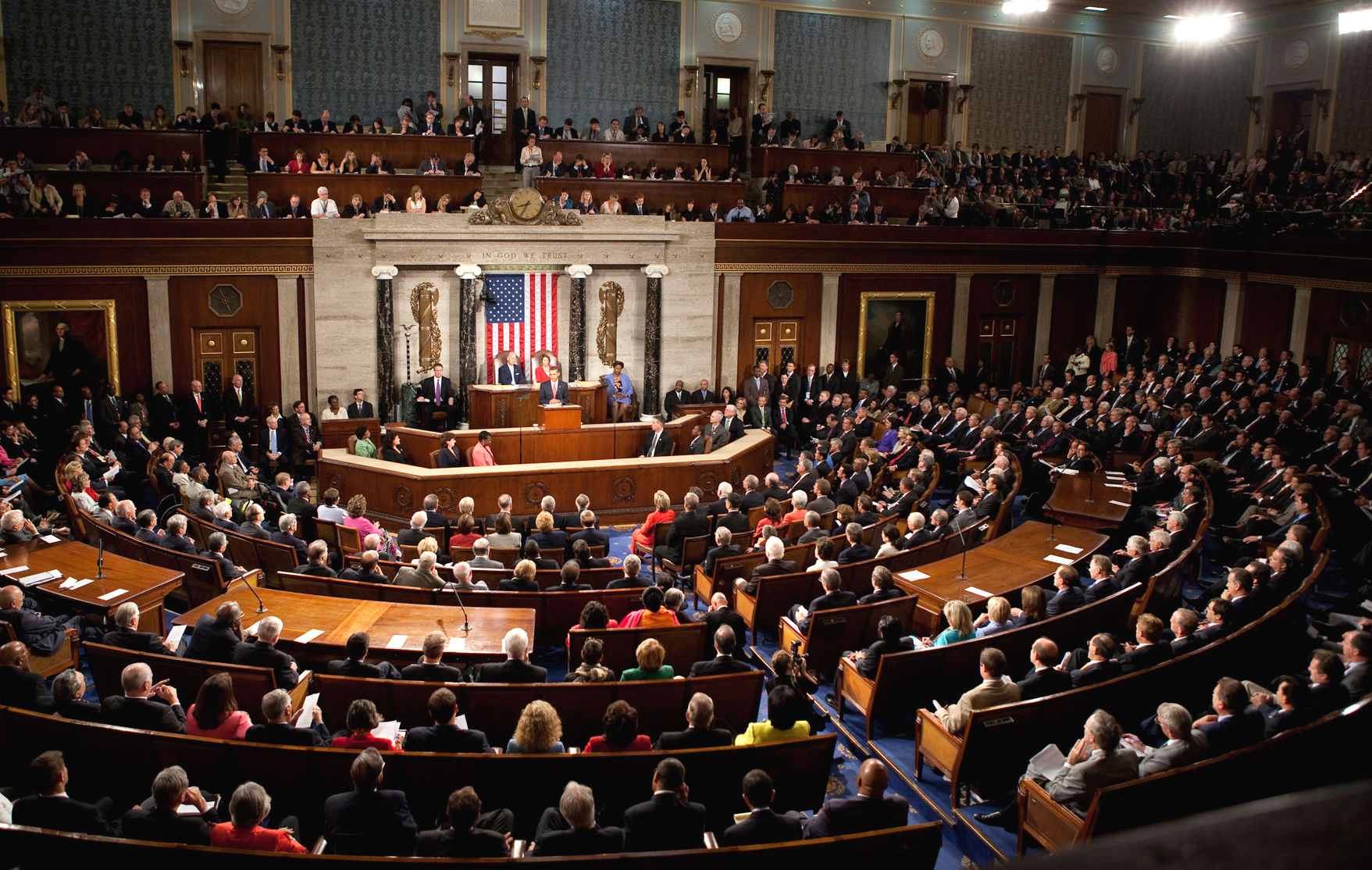 When President Obama gives his final State of the Union address tonight, a select group of people will join his wife Michelle as a living illustration of his agenda during his final year in office. The tilt will be toward social justice: a voice on criminal justice reform, an advocate for homeless veterans, a Syrian refugee, an opioid reform advocate, an empty seat for victims of gun violence.

Joining them will be Seattle Police Chief Kathleen O’Toole, Obama's choice as the face of federally driven reform in a major city's police department. Specifically, the Obama administration has singled out O’Toole for her work with "community policing" -- i.e. walking the street more, attending meetings, getting to know community members -- and body cameras, which are meant to quickly answer questions surrounding police interactions, and altercations, with people on the street.

These tools, along with Department of Justice investigations into the practices of police departments, have been important parts of Obama's answer to the deaths of young black men in cities like Ferguson, Baltimore, Cleveland and others. Seattle is further along this road than most, and success here would show that there's hope for success elsewhere.

But while O’Toole has won praise in both Washingtons, her department is still very much in the thick of reform. A seat near Michelle Obama tonight, some believe, may be a little premature.

When O’Toole arrived in Seattle in 2014, she inherited a police department waist deep in federally mandated reforms. Those reforms were spurred by a Justice department investigation that grew out of the shooting of Native American woodcarver John T. Williams in 2010. SPD officer Ian Birk shot Williams in the back when he refused to drop a knife he was carrying -- a tool of his trade. Williams was hard of hearing. The department later paid Williams' family $1.5 million after the shooting was ruled unjustified.

That was before the police killings of Michael Brown, Tamir Rice, Freddie Gray and Laquan McDonald -- men who are now household names across the country -- put the issue in the national spotlight.

Mayor Ed Murray hired O'Toole, a former Boston Police Commissioner, specifically to oversee the reforms. Within six months of her hiring, she replaced the department's top brass with two outsiders and a lieutenant. This, after 35 years of hiring from the rank of Captain within the department. The Seattle Police Management Association, the union representing captains and lieutenants, threatened an unfair labor practice claim, but she managed to negotiate a deal to provide internal leadership training and the claim was dropped.

Months later, O'Toole was the only high-ranking public official to offer support to the concerns of the Community Police Commission, the civilian component of the DOJ's mandated police reforms, regarding management of protests and demonstrations. This, for many, was a sign that she recognized what was important to the people of Seattle, not just the powers that be within her department.

And last August, O'Toole bucked the opposition of the Seattle Police Officers Guild, the rank-and-file union, and fired officer Cynthia Whitlach for her treatment of 67-year-old William Wingate, an African American man the officer said swung a golf club at her. (Dash-cam video shows otherwise. Whitlach, who made racially charged statements on social media, claimed she was the victim of a sort of reverse racism.) O’Toole specifically cited language regarding de-escalation and biased policing that had been added to department guidelines since the beginning of Seattle’s settlement agreement with the feds. It was a reminder that she was committed to reform.

Since O'Toole took over the department, the DOJ's police monitor, Merrick J. Bobb, has given her increasingly positive reviews. Last June, he praised the SPD's progress on de-escalation training, data collection, crisis intervention and transparency. In more recent reviews, he’s lauded members of the department for more consistently reporting use of force to higher-ups.

"Especially given that, between 2009 and 2011, only 0.04 percent of cases received any significant chain of command scrutiny whatsoever," Bobb wrote, "it is a praiseworthy advance in accountability that SPD ... has become far more comfortable with critically analyzing and scrutinizing officer use of force and holding officers accountable for their performance during incidents involving force."

During a stop on her six-city “community policing” tour last September, Attorney General Loretta Lynch hailed the Seattle Police Department's efforts as a national example. Indeed, several major cities, including New York, have sent delegations to Seattle to learn from the city’s progress. SPD’s work regarding an early intervention system -- a data-driven approach to catch problems with officers before they balloon -- is being closely watched locally and nationally.

O’Toole is hard not to like. She’s got a subtle Boston accent and seems to keep her chin up at all times, literally holding her head high and back straight. A police chief’s got to eat a lot of criticism and she eats it well. She knows many of the most vocal anti-police voices in the city by name and addresses them as such. In the face of flurried questions from the media, sometimes thinly veiled accusations, she never flusters.

Even amid Lynch's praise for the city and department as a whole, it was O'Toole who seemed to get the most glowing reviews, almost certainly a precursor to her invitation to D.C. today.

Still, O'Toole is not immune to controversy. Community members criticized her for giving too light a punishment to the officer who pepper sprayed a local high school teacher at a Black Lives Matter demonstration last Martin Luther King, Jr. Day. The police unions claim she maintains an excess of captains while the department lacks for rank-and-file officers. And there is still clearly tension surrounding the fact that she went outside the department to hire her assistant chiefs.

O’Toole has also reportedly still not moved her family to Seattle, renting a home here while maintaining a place back in Boston. Some say it wouldn’t be a surprise if she were gone by next New Year’s Eve.

In the end, though, it’s not these things that worry community activists, but concern over what they see as a premature celebration of what the department has accomplished. In November, nearly 50 community groups, many of which were original signers on the first letter asking the DOJ to intervene in Seattle, mounted something of a mutiny against the police monitor and Federal Judge James Robart, who is overseeing the reform, for not advancing legislation that would make some reforms permanent.

Both Robart and Bobb have maintained that legislation codifying changes to the department ought to be considered carefully and advanced, if necessary, slowly. Mayor Murray has agreed. The result, say community advocates, is that O'Toole may be the only thing holding the reforms together. Were she to leave, the progress could crumble.

Among other concerns are whether the department’s neighborhood-level, “micro-community policing plans” are actually being put to use, and whether the city can realistically deploy body cameras and answer questions of privacy at the same time. When Mayor Murray introduced money for full deployment of body cameras in his budget, the results of the department's pilot program -- which is specifically referenced in a statement about O'Toole by the White House -- were still being reviewed. They have still not yet translated into broader policy.

Meanwhile, community groups continue to say they haven't gotten a fair hearing. During her visit to Seattle, Attorney General Lynch told reporters she was hearing positive things from the community about its relationship with the department. Members of the Community Police Commission, however, say they never actually got the opportunity to express their concerns to Lynch. “We need an honest discussion,” said Reverend Aaron Williams, a CPC member. “This was a lot of patting on the back.”

The department has made progress, and O’Toole is mostly well-liked -- these things are true. And the DOJ intervention could very well lead to exactly the reform everyone hoped to see. But the work is not done yet, and if Obama suggests in his speech tonight that it is, some heads will shake in Seattle.