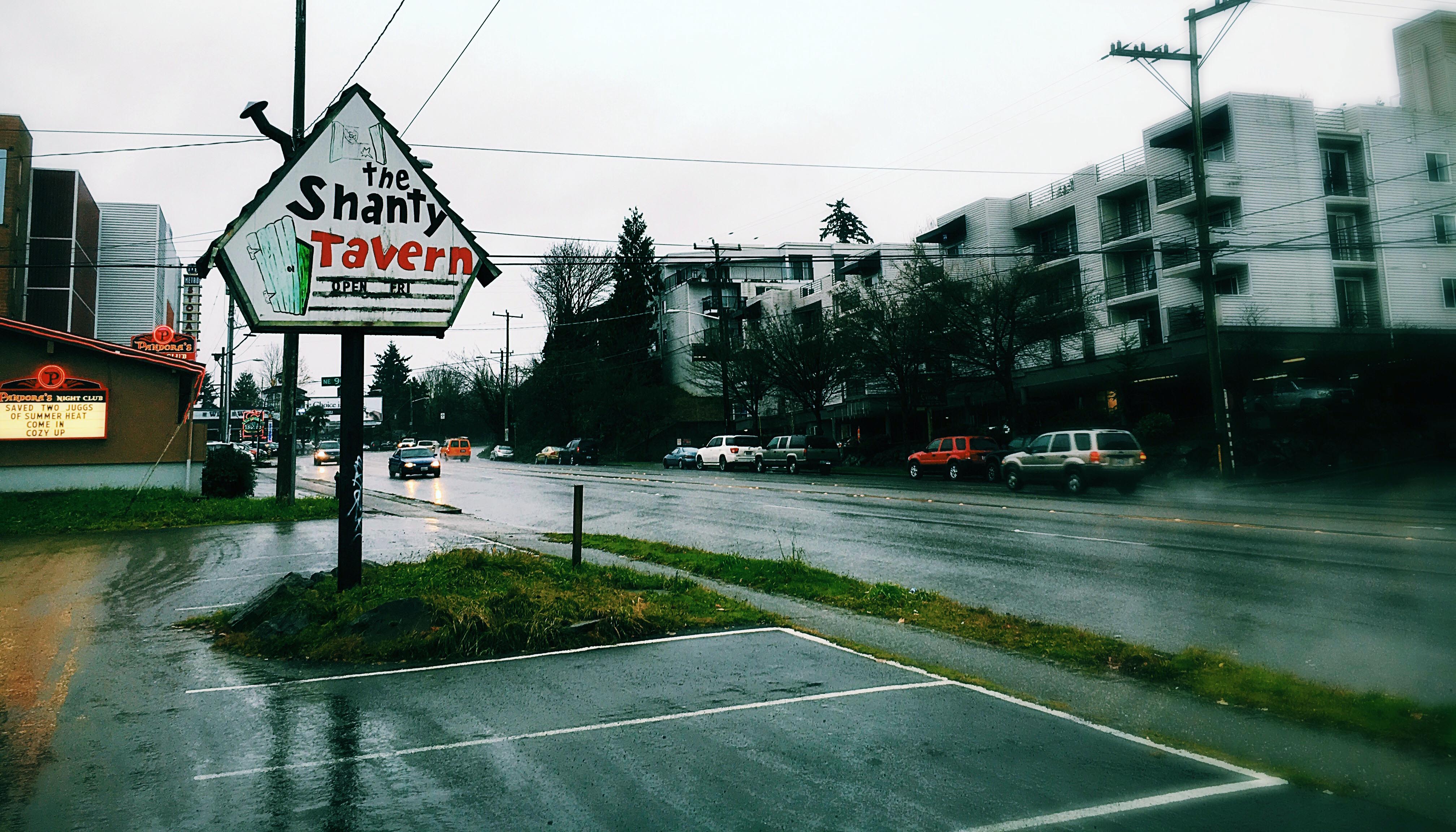 The first thing to know about Seattle’s last roadhouse is that it’s only open on Fridays. And sometimes not even then.

Drivers who take the time to look between the chaos of Lake City Way – past the rodeo-themed truck dealer, past Pandora’s strip club, past the assisted living apartments that wall the four-lane highway – will find what looks like an old house. In its windows hang neon beer signs, but as they’re only lit on Friday nights, they're easy to miss. An unlit marquee in the shape of a woodsy cabin is all that spoils the secret that this small home is in fact a bar. One would be forgiven for thinking it had long ago gone out of business.

In fact, the Shanty Tavern is still very much alive, if you know when to show up – or if you make an appointment to meet the owner, as I did on a recent Wednesday afternoon.

John Spaccarotelli gets out of his Ford Taurus in a tracksuit. His hair is thin, grey and combed straight back. At 84, Spaccarotelli’s got a bit of the Jack Lalanne look – undoubtedly a senior, but sturdy on his feet and with some obvious muscle in his arms. As he unlocks the front door of the bar, he tells me where he’s been and where he’s going that day: tennis in the morning, a friend’s funeral in the evening. There’s a pride in the former, doing what he can to avoid his own version of the latter.

Inside the tavern, between the dance floor and the pool table, there’s only space for maybe six or seven tables. Spaccarotelli turns on the pink stage lights, which reflect off the linoleum and finished hardwood dance floor. A sign near the bar says a person must be born after 1991 to purchase alcohol. The drinking limit in the Shanty is apparently 24.

On an ordinary Friday night, it’s seven bucks to get in. The beer comes in plastic cups and the only food is Cheez-Its and pretzels.

The bar always feels crowded, but that's not necessarily because it draws a crowd. Spaccarotelli tends to book two or three country bands on a given night, each with between four and eight members. The three times I've been here to see the show, I've suspected if you took away all the musicians and their partners, you’d be left with my girlfriend, Spaccarotelli and me.

It’s a mistake to listen to the bands in advance because, frankly, they’re not often very good. But even poor imitations of Patsy Cline or Hank Williams or Gillian Welch or some of the more rockabilly minded bands sound great in the Shanty’s small space. Nothing kills country music like the polish of a modern studio; likewise, nothing brings it back to life like the harmonies and low-noted guitar solos of a live band.

People dance, eventually. At the Little Red Hen in Greenlake, Seattle’s other country music bar, people are so schooled in dancing, the floor is not exactly welcoming to those of us that never learned the two-step. But at the Shanty, it doesn’t really matter. The only barrier is the same one facing middle school kids – who’s going to dance first?

Spaccarotelli wears one hearing aid. He swears the hearing loss is genetic, but I don’t buy it. The music is loud and, with some of the more plucky bands, high pitched. He’s stood behind that bar for more than 50 years, which has to mean something for his eardrums. 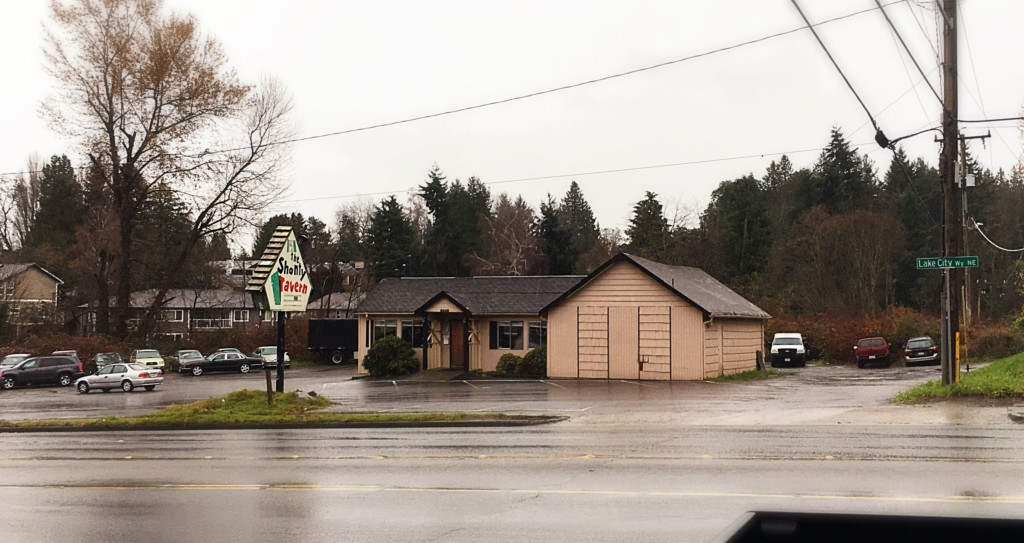 He’s got a bit of help booking the bands, but otherwise runs the place alone. “I’m a person who likes hands-on,” he says, “meaning that I like my hands on.” That pride is the reason the bar’s only open three or four times a month. When I ask him why he doesn’t open more often, he says, “I couldn’t do it. I’d have to hire more people.”

The path to the Shanty began after Spaccarotelli got home from the Korean War, where he served as a military policeman. He was working in commercial real estate when a property came across his desk that caught his eye: the Mac Shanty, a tavern in Lake City that had opened just after the end of prohibition. “I thought it would be a good investment to have two incomes,” he says. He’d heard of bar owners paying off the price of the lease with pinball machines. “When I leased it, it was three hundred a month. Pinball machines were paying that.”

Eventually, he left behind the real estate world and the tavern became his full-time job. He knocked out the ceiling tiles to expose the beautiful wooden rafters. He added onto the original building and converted storage into the bar that stands there now.

First Spaccarotelli played Jukebox music, but later started booking bands. “The only place that plays country music all the time is the Little Red Hen,” he says of his tendency toward country bands. “I tried to get a little bit of competition with them and bring that up here.” 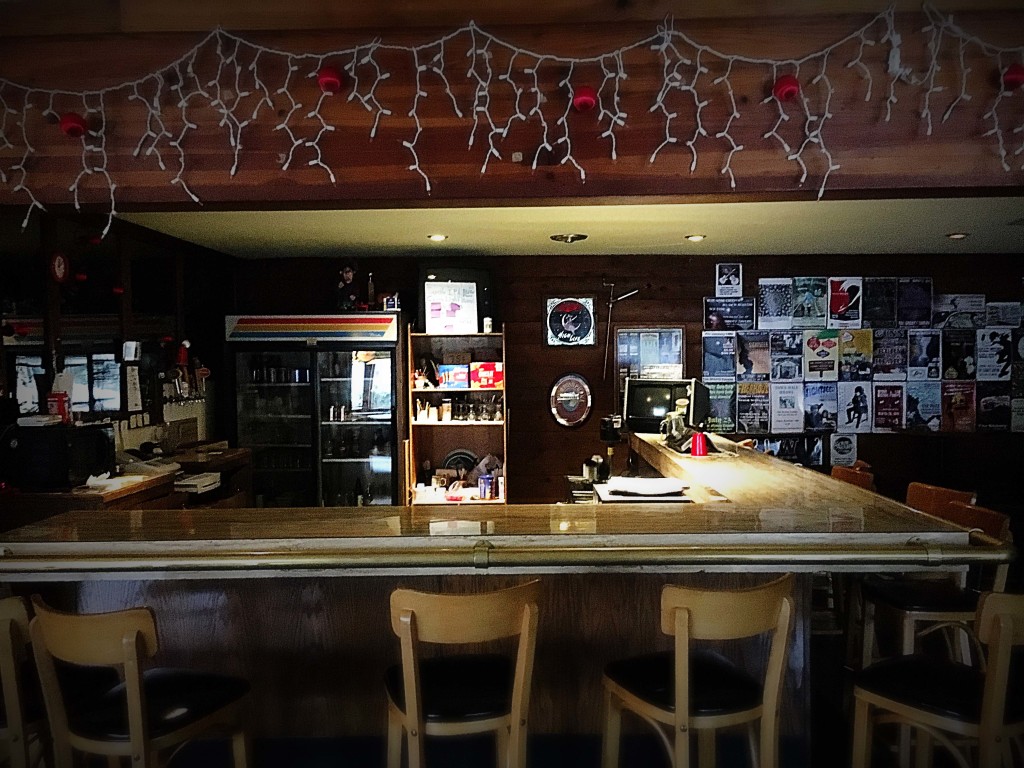 People driving by would pull in for a beer or two (or three, says Spaccarotelli, without apparently registering the risks of driving by for that much beer). They’d listen or dance and then be on their way. It was, in its most literal definition, a roadhouse.

Anyone who’s spent more than a decade in Seattle has seen a lot of change. Spaccarotelli is no exception. When he opened in the 1960s, the road wasn’t a highway as it is now. His neighbors were a gas station and a steakhouse. He’s seen a lot of places come and almost as many go.

Some people who’ve been around a long time talk of change with bitterness. But while Spaccarotelli doesn’t particularly like the strip club next door, he talks about the rest of the growth on Lake City Way simply as a matter of fact. There are more cars and more apartments, sure, but Spaccarotelli has changed as well. He’s semi-retired and doesn’t depend on the business like he used to.

If there’s any nostalgia, it’s for the old customers who used to come in a few times a week. They don’t come by much any more. As Spaccarotelli talks about those regulars, he takes the same tone as when he mentioned the funeral at the doorstep. Those people – the people of his generation – don’t leave the house, if they’re around at all.

Going to meet Spaccarotelli, I thought this was an “Up” story. And in some ways it is – any holdout from the '30s has to be. But unlike the owner of the Ballard home that inspired the film by refusing to sell to developers, Spaccarotelli seems perfectly willing to make way for "progress." In fact, a few years before, he was close to signing the dotted line before one of the development partners asked for $700,000 less than they’d originally agreed. 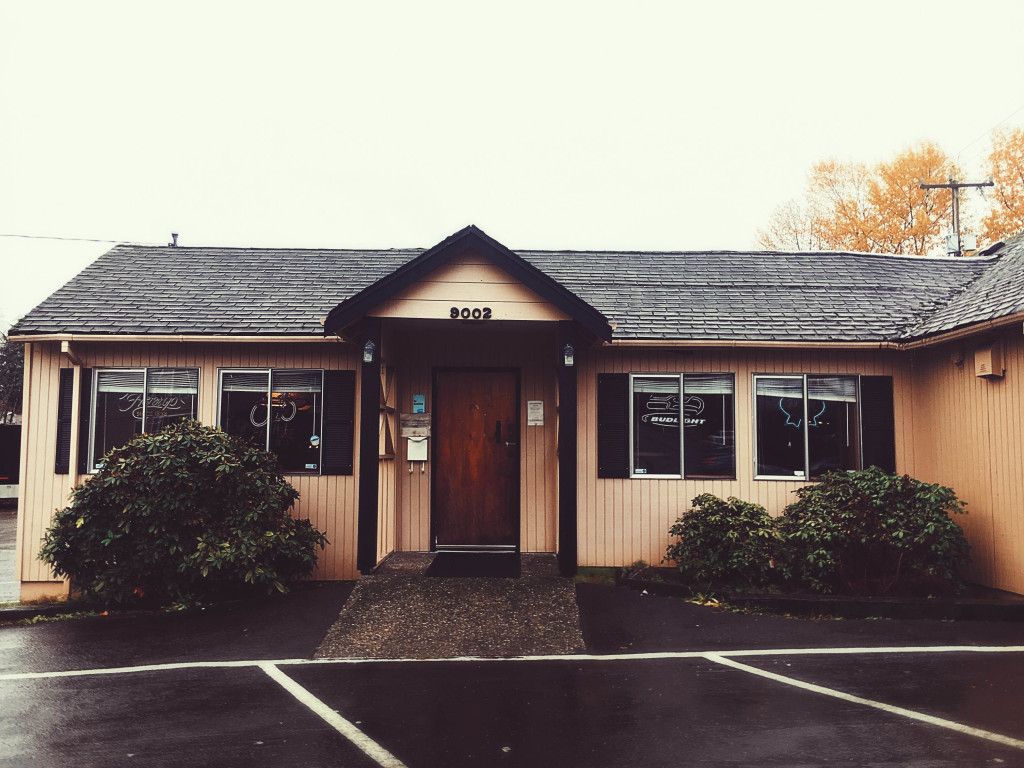 So while he loves the Shanty, love of something can only take you so far, a truth all too real for a lot of Seattleites faced with selling to a developer. Mr. Spaccarotelli, after all, has done his work. He’s run a good bar longer than almost anyone in Seattle. He’s helped keep country music alive in a city known for grunge and Macklemore. Now he’s ready to play tennis and live comfortably.

If he does, good for him. But I’ll miss my plastic beer cups and bad country music all the same.