Seattle's real fear of change: loss of the middle class 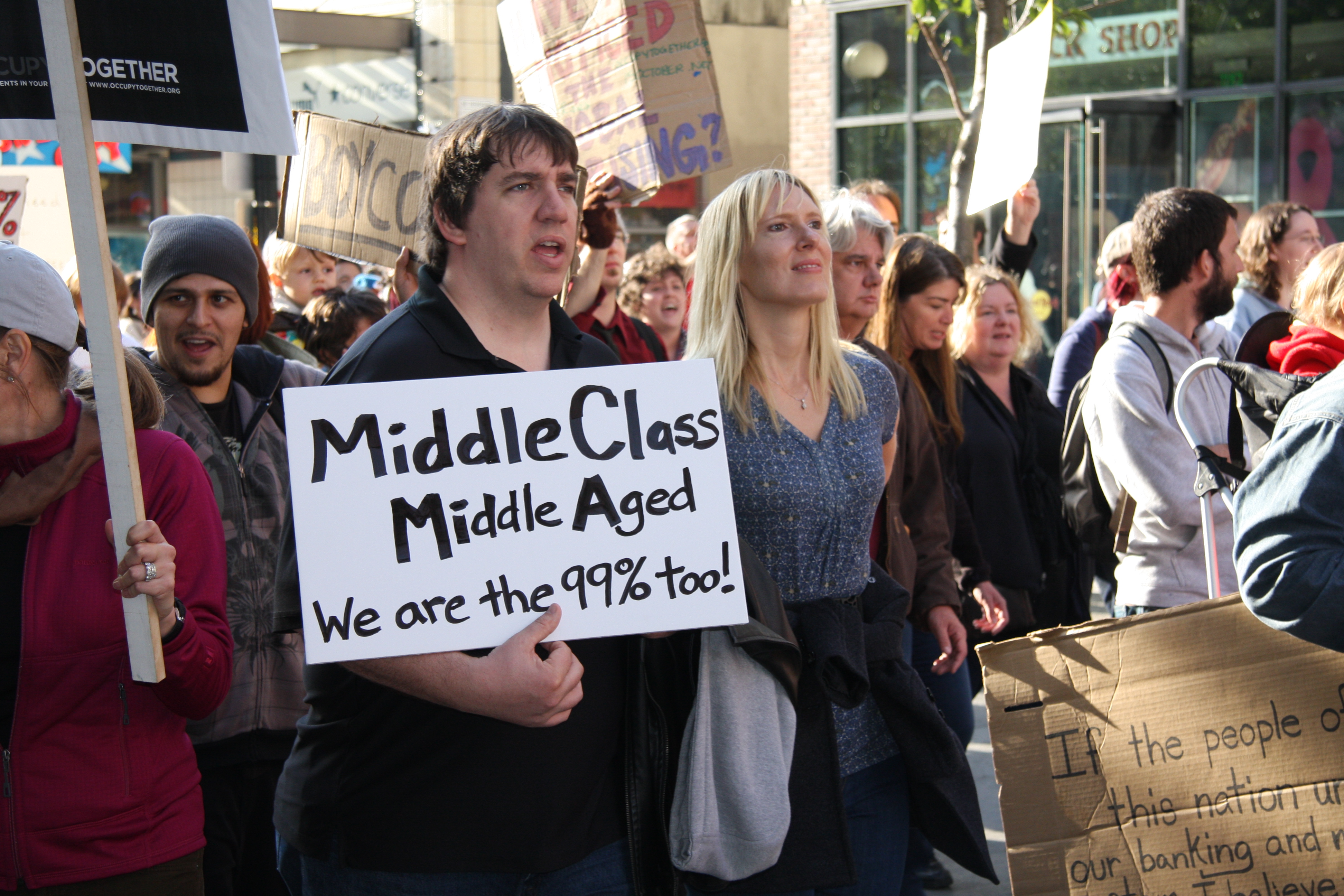 Seattle’s bedrock is slipping. No, it’s not a subduction zone, but perhaps a subtraction one.

Nationally, the middle-class is an endangered species. In 1970, some 60 percent of adults were in the middle class. According to a recent Pew study of government data, that number is now less than 50 percent. In other words, the middle rung of the economic ladder is cracked, and the American Dream along with it for many.

Jon Talton, the erudite business columnist for the Seattle Times, says we’ve hit an “alarming inflexion point.” He writes, “Few would dispute that one of America’s signature achievements was creating the greatest middle class in history — and one that was growing and increasingly open to all. It was also an essential element to social stability and economic growth. Now it is being pushed into retreat.” The middle class is shrinking, the lower and upper classes are growing, and nearly half of (49 percent) income is now flowing to upper income brackets, up from 29 percent in 1971. The rich are getting richer, the poor poorer, and the middle folk are far less secure.

The pressures are felt nationally — President Obama spoke to the fact in his State of the Union address. Even with good economic growth there is tremendous anxiety on the part of workers who are feeling the squeeze downward. "Companies have less loyalty to their communities. And more and more wealth and income is concentrated at the very top, " he observed.

Locally. Seattle’s middle class is better off than a lot of places — those households in it here tend to make more. Pew promises an analysis soon that will look at income vs. expense so that a more realistic look can be hand at what it’s like for the middle class in cities with high or low costs of living. But in our area, the news about costs has been rough over the last couple of years, and “affordability” has become a battle cry.

A Boston Group study presented to the Seattle Metropolitan Chamber of Commerce documented a decline in middle-income jobs in Seattle. While upper- and lower-income jobs have been increasing, middle income jobs in the $35,000-$50,000 range have been plummeting, threatening Seattle’s long-term economic health and global competitiveness, they said.

According to a Seattle Times analysis, since the year 2000, 95 percent of new household growth in Seattle and King County are either rich or poor. Growth in the middle has been almost non-existent. As King County exec Dow Constantine explained it to the New York Times, “It’s people doing really well, and people making espresso for people who are doing really well.” And $15 per hour still doesn’t get one into the middle class, by the way.

For better or worse, Seattle has been a middle-class city for more than a century, and growth of the middle class has been a driving force of growth and urbanization. Roger Sale’s classic history of the city, Seattle Past to Present, documents how fundamental a thriving middle class was just at the moment Seattle boomed to become a big city in the early 20th century. In the post-Klondike boom of 1900-1910, he writes, “There was a decline in rooming and boardinghouses … a decline in the number of people living downtown, a tendency on the part of the bank teller to imitate the banker and to move into his own home and out of downtown. We can infer, thus, a bourgeoisie's expanding by including more and more wage-earning or working-class people.”

Laborers were moving up the ladder and enjoying middle-class trappings. Women — including the growing number of housewives — became a major force for political and social reform, and for a time formed a key alliance with labor. Ensuing labor agreements ensured a middle-class future for workers in exchange for stability and de-radicalization.

The city’s single-family neighborhoods blossomed and Seattle was reshaped to a middle-class aesthetic, which crafted bungalow communities and a sprawling park and boulevard system. Frederick Law Olmsted, founder of the firm that designed so much of the park-like residential quality of Seattle’s early 20th-century neighborhoods, believed that such places were the great stabilizer of society: “They stand in the vanguard of our civilization, they are our stronghold against agrarian and nihilistic tendencies. They are the best security we have.”

That belief in the big, secure, happy middle is fundamental to the city as it has been, and growth and promotion efforts have often exploited and enhanced it. The Alaska-Yukon-Pacific Exposition of 1909, on Olmsted-designed grounds, carried the White City/City Beautiful ethos forward, trying to meld appeals to middle-class wonder and progressive urban planning, envisioning cities that weren’t riddled with slums or industrial mess.

Fifty years later, Seattle’s 1962 World’s Fair updated that model, promoting a Space Age city as a haven for engineers and techies while it “presented middle-brow culture to middle-class fairgoers,” writes University of Washington history professor John Findlay in his book Magic Lands. The fair was a strange blend of urban cosmopolitan aspiration in a suburban Disney-inspired setting. From the fair we gained cultural amenities, sophisticated cuisine and an international profile while offering suburban comforts and nature in an urban setting. To paraphrase Murray Morgan, Seattle by mid-century had turned into a place you came to live, not to make money. Or as Sale put it, we became known “as a city in which bourgeois life could thrive.”

Now, that life is threatened. We don’t fear duplexes or six-pack town homes or even apartment blocks as much, I believe, as we fear the seismic economic shift happening under our feet. Our city is the physical, cultural and psychological embodiment of the middle-class ideal, at least our provincial version of it, and that security is what is in jeopardy, not simply for older generations, but for the ones to come, the fear that millennials and their children will not be able to live the good life their parents and grandparents had and worked so hard to achieve.

The challenge is to find a new model that fits reality, but also reshapes the city in a way that provides security and hope despite the larger economic pressures that threaten it for so many.

One answer comes from venture capitalist/progressive activist Nick Hanauer of Seattle — a business booster of the $15/hr wage — who argues that a healthy middle class is essential to the economy. As he sees it, prosperity doesn't produce a vital middle class but rather that a healthy middle class produces a prosperous consumer economy. In other words, improving worker security by providing health care, overtime pay, retirement benefits for part-time workers and a higher minimum wage are essential to steadying the nation's economic bedrock in a time full of change — when the unions and the Boeings can't be relied anymore. Increasing our personal stability might be the way to help us cope with rapid change all the better.

This isn't about bungalow nostalgia, it's about survival.