The most eager response to Jim McDermott's retirement 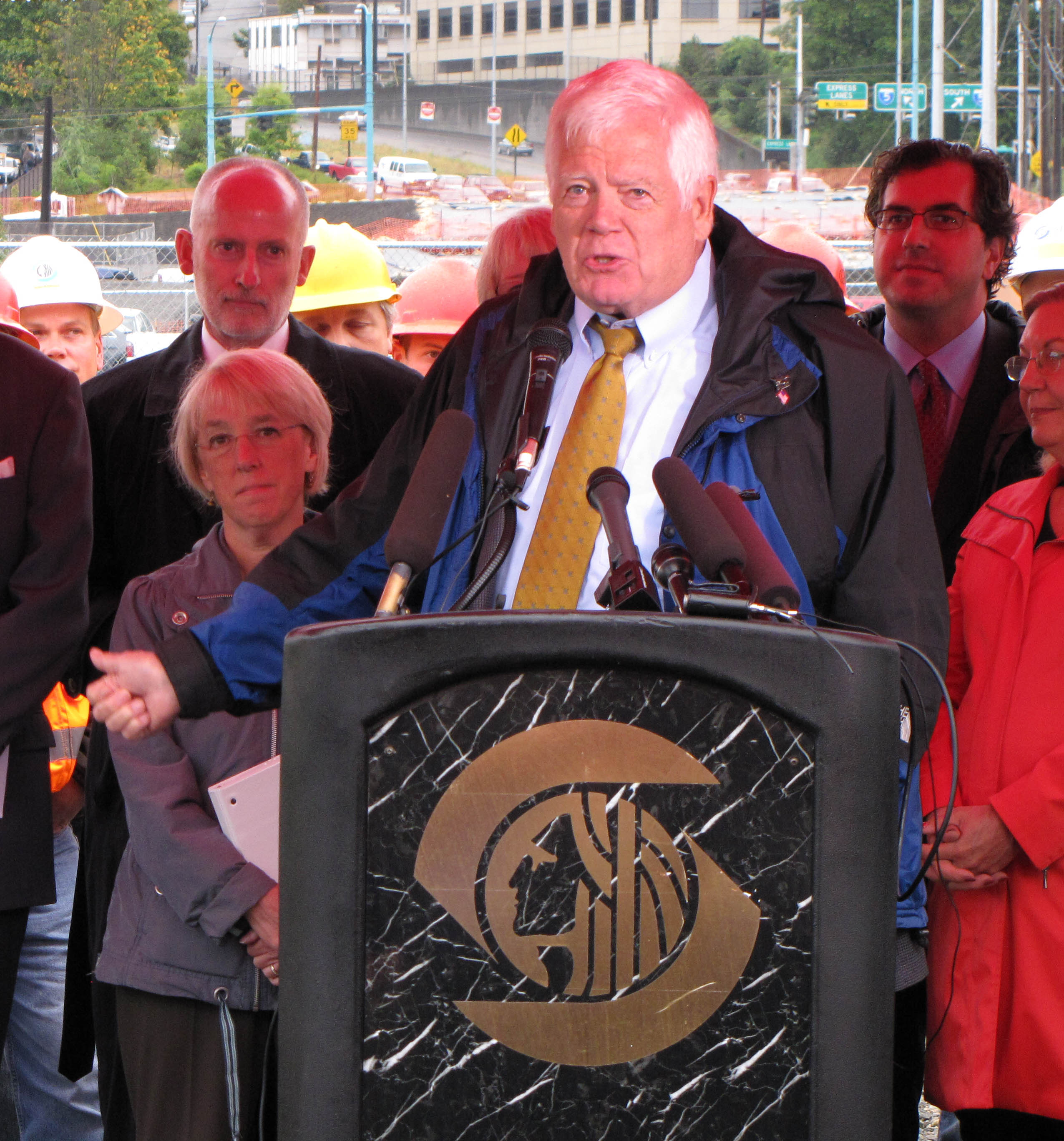 Within seconds of Jim McDermott’s retirement announcement, the press releases were rolling in from local politicians, responding to the news.

Key similarities emerged. The releases naturally praised McDermott’s service in the U.S. House of Representatives, where he’s served for 14 terms. His advocacy against the second Iraq War, his work on healthcare and AIDS/HIV issues, and his reliable progressiveness all received focus. The majority of statements seemed to come from names that’d been bandied about as potential heirs to his seat, including Mayor Ed Murray and King County Executive Dow Constantine, as well as State Rep. Brady Walkinshaw, who announced a run for the position prior to McDermott’s announcement.

Conversations about McDermott's eventual replacement have been a hallmark of Seattle's political scene since at least the '90s. But as is standard practice for these things, even those itching to take his place have kept things low-key for now, giving the 79-year-old politician one of his final moments in the spotlight. The closest that most potential contenders came to inserting themselves into the story was not shooting down the prospect when asked by the press.

Of the dozens of prepared statements distributed, only one seemed eager to immediately shift the conversation away from McDermott, and onto the subject of who will replace him. That would be the other McDermott in Seattle politics — King County Councilmember Joe McDermott.

After a preamble praising Rep. McDermott and his work, Councilmember McDermott's statement notes that the congressman called him the day before the announcement. He then starts laying the groundwork for some career-altering news of his own.

“Since his announcement, I have received dozens of calls from constituents and local and national leaders encouraging me to seek this office," the statement read. "I will not take this decision lightly and will be discussing it with my husband and family over the next few days.”

The councilman followed with a pre-emptive peek at his potential campaign messaging. Not even Walkinshaw's release pivoted away from Rep. McDermott to make a case for himself, and he was already running to replace the guy.

“Seattle is the greatest city in the world. My regional experience, progressive values and proven ability to work across the aisle position me to advance the issues important to our city and tackle the obstructionism and dysfunction that have sadly become the hallmarks of Congress.”

It is perhaps understandable that Councilmember McDermott would be the first to make his ambitions plain here. For one, it sounds like he got a heads up on the news. Further, no other politician has probably thought about Rep. McDermott as much, given how often people ask if they’re related (they're not) or mix up their names. The elder McDermott has been around so long, he may have helped inspire the younger man to consider a career in politics.

On a bit more cynical note, Councilmember McDermott has a leg up on other challengers. Go beyond the identical last names, and their first initial of "J." This alone could confuse some voters into thinking a political mainstay of nearly 30 years was still on the ballot.

But the councilmember’s first name is actually James, not Joseph (which is his middle name). Put another way, there will potentially be a new Jim McDermott on the ballot this year. He'd almost certainly never run that way, but if that's not worth a few thousand low-information votes in a pinch, nothing is.

Despite his inability to play it cool for even a few hours following the announcement, Councilmember McDermott has had a long career in local politics, serving not only on the King County Council, but both branches of state legislature as well. He has the resume for a run. And there's merit in striking while the iron is hot, and netting some media mentions while the getting is good. But in the weeks and months ahead — with a potentially packed race that could "resemble I-90-U.S. 2 traffic after (a) ski weekend," in the words of local journalist Joel Connelly — he might take a page from the elder Jim McDermott's playbook, whose mother instructed him that "patience is a virtue."