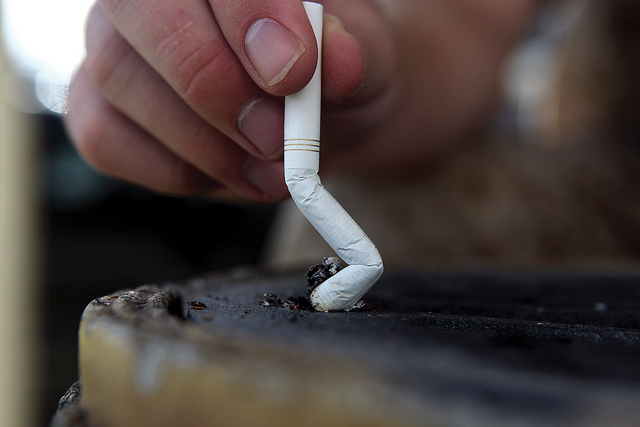 Alcohol and marijuana may be off-limits to anyone under 21, but for 18-year-olds in the state of Washington, tobacco products are legal to both purchase and use freely.

At least for now.

A bill in the state House of Representatives, House Bill 2313, would raise the legal age for tobacco use from 18 to 21 if passed, matching the age for legal alcohol and marijuana use. The bill’s primary sponsor, Rep. Tina Orwall, has both personal and practical reasons for supporting the bill.

“Both my parents died from tobacco-related disease, and both started smoking before they were 18 — my mom at age 15,” Orwall says.

"I don’t want any kids in our state to struggle with that.”

On January 1, Hawaii became the first state in the country to raise its smoking age to 21, following the example of some smaller communities across the country who have already done so. In Needham, Mass., the smoking age was raised to 21 in 2005, making the town the first in the United States to implement such a rule. After 10 years, the higher age requirement is credited with slashing teen smoking rates there by nearly half.

Orwall’s bill cites a study by the National Institute of Medicine to garner further support for the measure. The study predicts raising the minimum tobacco sales age to 21 would reduce smoking rates by about 12 percent, and eventually reduce tobacco-related deaths by 10 percent.

“Marijuana and alcohol are both at 21 for a reason, but nicotine is much more addictive,” Orwall says. Teens “are very susceptible to lifelong addiction in this window, but we have an opportunity to close that window.”

But not everyone in the House is in agreement with Orwall. Rep. Joe Schmick, R-Colfax, believes the state has already equipped 18-year-olds to make their own informed decisions about whether or not to smoke.

“Tobacco education has been good in schools,” Schmick says. “I don’t think there’s a person alive who has gone through school that would say tobacco is good for you.”

Nick Fradkin, president of the Tobacco Action Group at the University of Washington, says 18-year-olds are not fully capable of making the decision to smoke for themselves. “The brain, or the prefrontal cortex actually, doesn’t finish developing until about age 25, and it’s the part responsible for decision making,” Fradkin says. “So we can’t assume that youth are making informed decisions when they are going to purchase cigarettes.”

“Really, science would say that the legal smoking age should be 25,” according to Fradkin, a UW graduate student. “In that sense, 21 is sort of a compromise, and it’s really the least that Washington state could do.”

Fradkin and the UW Tobacco Action Group have been attempting to ensure the university’s campus becomes completely tobacco free, instead of allowing for smoking in designated areas as is currently allowed. “The fact that tobacco hasn’t been held to the same standard as alcohol is a little ridiculous, because nicotine is more addictive than alcohol,” he says. “Here at UW we promote equity and innovation, but we’re actually being unfair to people who are scientifically not old enough to fully defend themselves against the tobacco industry.”

But the issue of decision making at age 18 has brought up the question of military enlistment for many, including Rep. Schmick.

“When we ask young men and women to fight for their country at age 18, I have a hard time restricting them and saying ‘you can’t smoke,’” Schmick says. “They can vote, they can fight for our country — I’m trusting that person to make an informed decision.”

Will Park, 20, a smoker and a student at the University of Washington, is still not convinced raising the smoking age would be appropriate with where the minimum age of military enlistment stands now.

Vaping devices and e-cigarettes, which have risen in popularity in recent years, would also be banned for anyone under 21 if the bill becomes law.

A similar bill introduced last year failed to gain support from lawmakers despite endorsement from state Attorney General Bob Ferguson. However, an Elway poll released this week says that the idea of raising the legal smoking age to 21 has 65 percent support among registered voters statewide. And the new bill has more bipartisan sponsorship in the House this time around, with some Republican co-sponsors, including Rep. Shelly Short, R-Addy, the chair of the Republican caucus in the House. The bill is scheduled for a possible vote Jan. 29 in the House Committee on Health Care & Wellness.

In the Senate however, the bill could face more obstacles. Last year’s effort at raising the smoking age died in the Senate’s Commerce and Labor Committee, and Sen. Michael Baumgartner, R-Spokane, the committee’s chair, has expressed concerns about the new bill as well, although he is reportedly willing to give the measure a hearing.

Chief among the opposition’s concerns is the loss of revenue for the state from tobacco taxes. Last year, the state Office of Financial Management estimated a loss of $39.6 million in the 2015-2017 budget cycle if the smoking age were raised.

“Certainly it will have a short-term impact [on revenue],” Orwall says. “But we’re paying the healthcare costs. In the long-term, we’re saving billions.”

A report by the state Department of Health says smoking-related disease cost each Washington household about $628 a year in health-care expenses, money that could be spent elsewhere if smoking rates declined.

Fradkin remains convinced that there is little to lose from increasing the minimum tobacco sales age.

“The state has revenue to lose, sure,” says Fradkin. “But is it really ethical for politicians to be balancing a budget on the backs of youth who really aren’t mature enough to make the decision to smoke a cigarette?”